And there went out another horse that was red: and power was given to him that sat thereon to take peace from the earth, and that they should kill one another: and there was given unto him a great sword.

CNN: "North Korea sends message to Trump amid threat to fire missile 'at any time'" 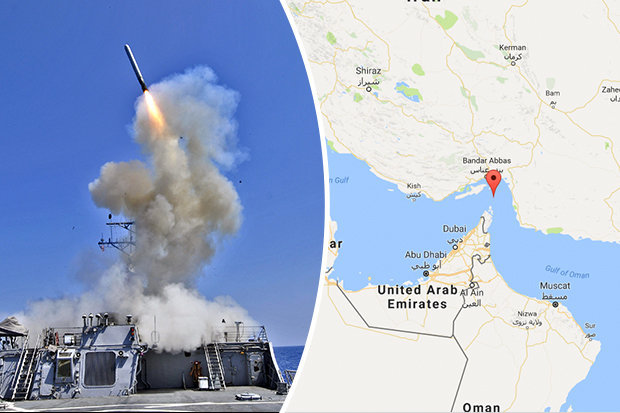 China is building island forts in disputed waters, Russian Spetsnaz have invaded the Ukraine, and radical Islam is on the march. Tensions are increasing across the globe. The list of hot spots is long — and everywhere you turn, another right-wing nationalist comes to power.

It is no wonder that most countries are jacking up their defense budgets. Many foreign powers believe the United States is in decline.

As the American protectionist umbrella shrinks, former staunch allies like the Philippines and Turkey are turning to our enemies for protection... at the same time our enemies are probing for weakness.

Perhaps to refute this notion, President-elect Trump has vowed to ramp up military spending and return the size of the Navy to that last seen during the Cold War. Billions in new money will go to defense contractors.

Others have decided that they can’t count on the fickle nature of American foreign policy and are building their own military. Israel, Saudi Arabia, and Iran are spending the most in terms of GDP on new, high-tech death machines. They are buying from publicly traded companies listed on the NYSE.

Even Japan is getting into the game. It will repeal Article 9 of its constitution, the so-called pacifist clause, as soon as April 1, when the next Diet (Kokai) meets... It has already created the largest defense budget since World War II.

This is alarming. But look, I'm not hear to lecture you on the morality or causes of the current global fear... I'm sure you have ideas aplenty.

If you are an avid investor — and you wouldn’t be reading this if you weren’t — then you know a clear moneymaking trend when you see one.

The simple truth is that defense stocks have created many millionaires. Honeywell — a company that makes, among other things, military drones — has returned 1,055%. Boeing is up 8,415%. General Dynamics is the fifth-largest defense contractor, and it is up an incredible 19,398%. A modest investment of just $5,200 in GD would leave you a millionaire today.

During crisis, defense stocks can shoot up quite quickly.

In the aftermath of the first Gulf War, General Dynamics soared 390% in just two years, while Northrop Grumman hit 200%.

For a more recent example, take a look at one small company that makes computer chips for drones. As the conflict with ISIS was heating up and the U.S. began to rely more and more on drones, this small company's share price saw a 1,894% increase.

I’ve put together a report on three international companies that could return as much as 1,081% over the next two years as the new wave of defense spending cascades over the world. This one, little-known Israeli company is already up 52% and climbing. But perhaps the best is a grossly undervalued Japanese stock that will catch a windfall in just three months.

Act now before Wall Street figures this out and pushes the stock out of reach.

5 Predictions for 2017
Energy and Capital editor Christian DeHaemer makes five bold predictions for gold, oil, defense, housing, and interest rates.
Dow on a Rampage
Energy and Capital editor Christian DeHaemer talks about the Fed, rate hikes, inflation, and the upward movement of the Dow Industrials.
Putin's Gold Gimmick
In October, Russian gold buying spiked as it added 1.4 million ounces of gold to its reserves, or around 48 tonnes of gold. Here's what that means for us...
Hydrogen Fuel Cells: The Downfall of Tesla?
Lithium has been the front-runner in the battery technology market for years, but that is all coming to an end. Elon Musk is against them, but Jeff Bezos is investing heavily in them. Hydrogen Fuel Cells will turn the battery market upside down and we've discovered the tiny company that is going to make it happen.