Today we breach into a topic that no one on Wall Street or in the mainstream financial media wants discussed. It's almost taboo to even mention. That's because it's something that's collectively worth billions of dollars to the fat cats on Main Street and in the media.

Your understanding of this could mean deeply cutting into the bottom line for some and crippling the ability to operate for others. But for you, dear reader, it's something that can financially break you if you're not careful.

Today we talk about market hype and the hype cycle.

But we don't approach the topic of market hype simply for its own sake. I mean, we're not calling BS on market hype just because it's the right thing to do.

Instead, we examine market hype and the hype cycle in order to help you understand how it works and to provide you with the knowledge to better avoid personal losses and maximize your own gains in investing. In other words, we're going to show you how to use hype to profit.

There is no one who can deny that hype, exaggeration, embellishment, or whatever you want to call it, exists in both investment markets and media. Anyone who denies it is either lying to you or is totally brainwashed.

(FYI: Do not let your children read this article. You'll understand why in just a moment.)

Let's begin by defining exactly what we're talking about...

The Greatest Thing Since Sliced Bread

This is probably not news to you; marketers exaggerate the best parts of a business. Yet what some don't realize is that exaggeration works in both directions. There are both optimistic hype and pessimistic hype.

Optimistic hype is probably the more well-known. As mentioned optimistic hype might be promoting a product or service as revolutionary — "it's the greatest thing since sliced bread," that sort of thing.

Pessimistic hype, on the other hand, might be making exaggerated claims about the worthlessness or dangers about a product or service.

Among the best examples of pessimistic hype right now are the exaggerated claims about coronavirus. If you believed the most pessimistic of these claims, we'd all be dead in a few months.

One person on Twitter put this spreadsheet together to show how many people the novel coronavirus could possibly kill. If this prediction was accurate, 1.17 million people would be killed by the coronavirus today. 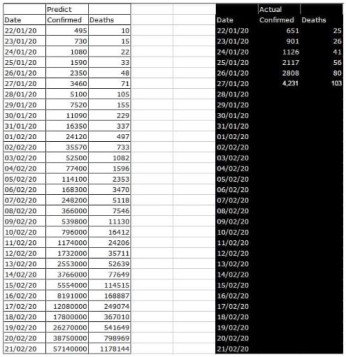 How did this person come up with this number? Well, they simply extrapolated the increases in deaths over five days at the beginning of the outbreak to come up with this 1.17 million figure. They didn't factor in the well-coordinated global response to the virus.

As of this writing, China's National Health Commission reports 2,236 people have died from the novel coronavirus. That's not even 0.5% of this person's prediction.

Of course, there will be some who will challenge China's reporting. But I think it's pretty obvious that 1.17 million people have not been killed by COVID-19. It would be nearly impossible to keep that kind of figure under wraps.

Now I have to mention that all exaggeration isn't bad. In fact, sometimes there are very good reasons to exaggerate. Here's a good example... (And, please, don't get upset with us for this. The intent here is not to promote anything, but instead only to give an example of something that we believe everyone in their right mind would exaggerate.)

Fact: Only a small percentage of people who try cocaine once end up becoming addicted to the stuff. According to the National Institute on Drug Abuse, 16.8% of adults aged 26 or older reported in 2018 they've used cocaine at least once in their lifetime. Yet only 1.6% of adults from the same age group reported using cocaine in the past and 0.7% report using it in the past month. 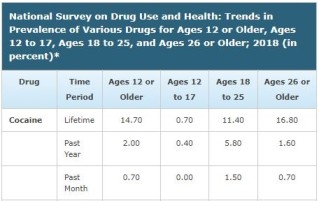 Now, is that a fact you'd tell your kids?

Or would you exaggerate the addictiveness of cocaine for their own good?

This would be what psychologists are calling today a pro-social lie. A pro-social lie is simply any well-intention deception. It's a lie or exaggeration you tell someone for their own good or for the good of everyone involved, even though you know it's a lie.

Perhaps the most well-known pro-social lie is the answer to “does my ass look fat in these jeans?” The absolute truth in that situation might be given once or twice. But then a hard lesson about giving the whole truth is learned.

When it comes to stocks and markets, however, there are few well-intentions deceptions. Instead, deception in the stock market is generally intended to pump up the value of stocks or markets, or conversely, downplay them. And believing those exaggerations could be devastating to your personal wealth.

So how can you avoid the hype?

Unfortunately, you can't. And there's a pretty good reason for that: It works.

Why does hype work? Well, simply put, because people want to believe it.

Humans are optimistically biased when making predictions about their future, including when estimating financial profits, relationship outcomes, longevity, professional success and physical health. In particular people habitually underestimate the likelihood of negative events in their lives and overestimate the likelihood of positive events. This well-known bias, termed unrealistic optimism is observed across age, culture, and species and has a significant societal impact on domains ranging from financial markets, to health and well-being.

So there's no avoiding market hype because it works so well. But here's what you can do: expect it.

Expect that every outrageous claim, either good or bad, been exaggerated.

The truth of all things generally exists somewhere between the most outrageous claims...generally. This is not to say, however, the truth always exists right in the middle. There's also a middle-of-the-road fallacy known as the argument to moderation.

If you took the middle-of-the-road here you'd end up with “smoking is neither good nor bad for your health,” which isn't accurate at all. There isn't a single legitimate study to my knowledge that shows smoking doesn't negatively affect health.

So we can't take the middle-of-the-road approach in all things. However, when it comes to investment markets, it's a pretty good rule of thumb.

In next Monday's Energy and Capital we will continue this discussion to examine the hype cycle, which will show how to use hype to your advantage to profit from it.