Will the Ban Be Lifted This Year?

If you read our blogs and articles regularly, you know we talk about exports quite a bit.

And now that 2015 is officially upon us, we are salivating at the prospects for U.S. energy this year... and it all has to do with exports. 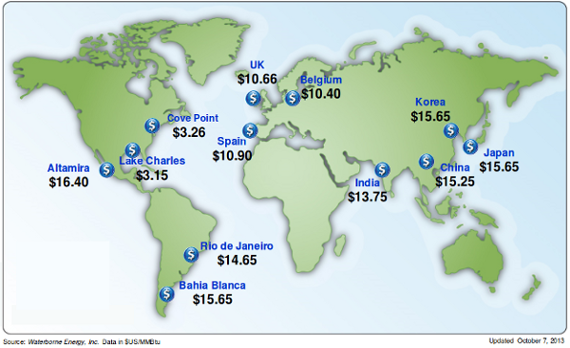 Producers are looking to take advantage of high natural gas prices in Asia (especially post-Fukushima Japan) and Europe, where gas costs about three times more than it does in the U.S.

And while we wait patiently for our natural gas investments to grow once market anticipation boosts gas stocks, there's another form of exports we are looking forward to.

You've probably already guessed that I'm talking about crude oil, and without diving in head first, I'm gonna say that we just might see the ban on U.S. oil exports lifted this year.

Before we get into the differences between Brent crude and West Texas Intermediate and how that will affect U.S. exports, we should start with politics.

At its heart, the export ban is a form of regulation designed to protect Americans from the dangers of peak oil and price manipulation, as was seen when the ban was enacted in the wake of the oil embargo and crisis in the 1970s.

But after 40 years without oil exports, the energy markets have completely changed...

One of the main arguments for lifting the ban is that the United States now produces more oil than it has since the '80s and is on pace to produce more oil in the next few years than it ever has.

And since Republicans won the Senate in the midterm elections in November, the likelihood of a wave of fossil fuel-friendly bills getting through Congress is high.

At that point, it would be up to President Obama to sign those bills into law, which isn't as clear-cut as you may think.

Sure, President Obama has enacted some climate-friendly policies to appease his voter base and campaign donors, but if you look at his less-publicized speeches, the President often touts America's energy prowess.

So he very well could accept U.S. exports, as long as some of his other major priorities and limits are tied into the law. That, however, remains to be seen.

Many commentators on the crude oil export ban have claimed that because oil prices are going lower by the day, we are less likely to see the ban lifted.

While I can understand their line of thinking, the same problems that existed before the bear market are still around.

Back when oil was above $100 per barrel, the incentive for U.S. crude exports was that producers could find a new market and equalize the price of WTI (CLY00) with Brent (CBY00), which was slightly higher.

And despite the decline in the second half of 2014, Brent is still higher... 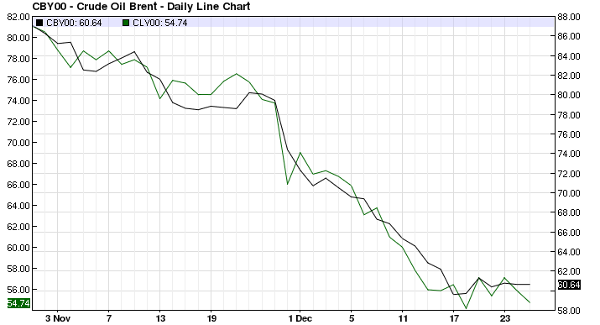 So even though drilling in the U.S. — especially in tight oil formations — will slow down some because of the lower prices, WTI is still cheaper, and the cost advantage is still there for drillers.

Beyond that, the problem remains that the U.S. has a glut of light, sweet crude from shale, which isn't always permissible in refineries on the Gulf Coast, some of which are designed for heavier, more sour crudes.

Exports can help relieve some of the pressure on refineries to process only lighter forms of oil.

But in truth, the main driver for all of this is money...

Yes, the price of oil and gasoline will tick up slightly if the ban is lifted. But such an increase would be negligible and could offer safety to drillers that will be able to rely on other sources of income.

At the same time, the U.S. could also lower its trade deficit, which, as of December, stands at $43.4 billion. In exporting oil, U.S. producers could spur more economic activity by inserting new money into the economy instead of just selling products to American consumers.

It just depends on how much oil ends up on the export block.

According to the Energy Information Administration, the U.S. would probably export around 1.5 million barrels per day, which could significantly improve quarterly and annual trade gap numbers.

Keep in mind, if the U.S. does export 1.5 million barrels per day, there would need to be a drop in domestic demand to improve the gap, or else we would end up importing some heavier crude and negating the effects.

Of course, even though gasoline prices are lower than they have been in years, demand still hasn't spiked by a significant margin. This could change in the summer, but right now, it isn't the case.

That being said, it seems like we have an excellent mix of reasons to believe the U.S. will lift the crude export ban in some capacity this year, so we should position our portfolios to take advantage of this policy change before it becomes news.

How to Invest in Exports

If you remember, earlier this year, Pioneer Natural Resources (NYSE: PXD) and Enterprise Products Partners (NYSE: EPD) were given permission to export lease condensate — a super-light form of oil.

We discussed this at length in various columns and marked it as a signal that full-fledged crude exports were on the way. We still think so, and we think these companies may be involved.

However, they are both trading at higher levels than we are comfortable with, even in the lower price environment for oil.

Instead, I suggest you check out an investment I've been watching that could benefit if the ban is lifted.

The company drills in the same formation as Pioneer and is producing oil despite the drop in prices. Click here to see if this investment is right for you.