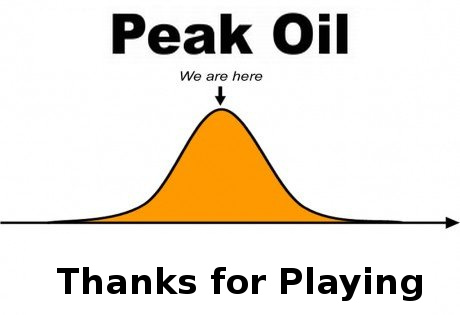 If you haven't heard the latest peak oil warning, you should definitely take a minute to catch up. A few days ago, the U.S. military cautioned that the oil production capacity could disappear within two years, with major shortages occurring in 2015.

It was the last place I thought I'd hear a peak oil alarm sound.

To be honest, I would have expected the Department of Energy to send this out, rather than our military. Then again, I'm not really surprised that the U.S. military is losing sleep over the upcoming peak oil crisis.

Think about it, dear reader.

Here's some sobering reminders that our military is shackled to its thirst for crude oil:

If you have ever wondered how our U.S. military's energy consumption breaks down, check this out: 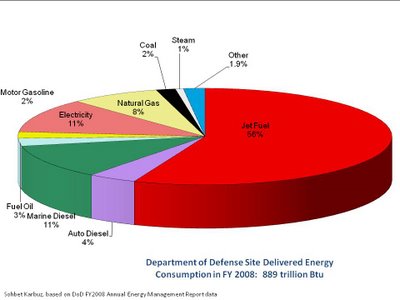 When we're sliding down the backside of peak oil, the truth is that the U.S. military stands to lose more than anyone else.

Personally, I think we all have two choices - either sit on the sidelines and watch as our world transitions away from oil, or we can take the bull by the horns and take advantage of this energy crisis. I have a good feeling my readers fall into the latter category.

Stay tuned for more ways you can ride the next wave of the energy bull.