Last summer, I found myself rolling down a very familiar stretch of highway.

It had been more than four years since my friend (and guide) and I took our last trek through West Texas.

He was a superstitious guy. He threw salt over his shoulder, knocked twice on wood, always grabbed that heads-up copper Lincoln on the ground. You didn’t want to be around him if he broke a mirror.

So you can understand why he was so cautious back then to say the words “oil boom” out loud.

But here’s the weird part...

Even though the last few years have been punishing for much of the oil industry, he seemed to not care about calling it a boom during this trip.

“We’ve got the hot hand, and we’re not giving it up this time,” was his initial response after I asked him about it.

You see, even though booming areas like the Bakken have cooled somewhat after prices started falling in the summer of 2014, you just can’t keep a good play down for long.

That, of course, was the reason for my sojourn through the Lone Star State.

This journey, however, took a little longer than last time.

As we flew past the Midland Basin, he just smiled after I inquired about our destination.

He was waiting for my curiosity to get the better of me, and his eyes lit up as soon as I took the bait.

“Just wait... you’re going to see just how big things are going to get down here, and it’s all thanks to the Delaware.”

So what exactly is the Delaware Basin?

Look, I know we’ve all heard of the Petroplex.

You may be more familiar with this oil hot spot by its more common name: the Permian Basin. But what most people still don’t know is that the greater Permian Basin is actually comprised of several basins: 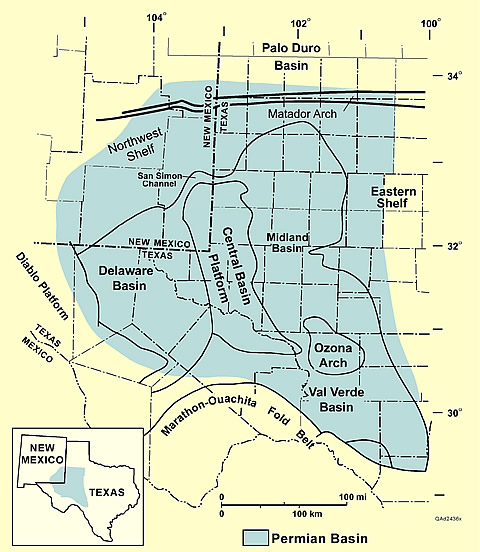 As you can see, the Delaware Basin is situated on the western portion of the Permian Basin.

Don’t beat yourself up if you haven’t heard of this basin. The more famous Midland Basin has taken up much of the media spotlight.

That’s about to change...

It's no secret that drilling activity in the Lower 48 has surged in Texas basins over the last year. That shouldn’t be too much of a surprise considering these Texas drillers can still turn a tidy profit even though oil is barely treading water above $50 per barrel.

Last summer, however, things kicked into overdrive as operators crowded into the Delaware Basin while oil prices stabilized.

That’s simply what happens when drillers become more efficient at tapping our shale plays. Costs come down, profits jump, and everyone wants a piece of the action!

And even though activity in the Delaware Basin heated up last summer, that fervor isn’t diminishing anytime soon.

Truth is, companies are still eagerly looking for their own chunk of the play.

Earlier this year, WPX Energy paid $775 million to shore up its position in the Delaware Basin. Even as I was making my way westward that week, news broke that Blackstone Group was investing roughly $1.5 billion in the Permian Basin, which includes adding $1 billion worth of Delaware Basin assets to its interest through its partnership with Jetta Operating Company.

But let’s be serious here: how big are we really talking?

Let me show you just how much potential lies in the Petroplex. Below, you can see how Texas’s plays stack up against some of OPEC’s best: 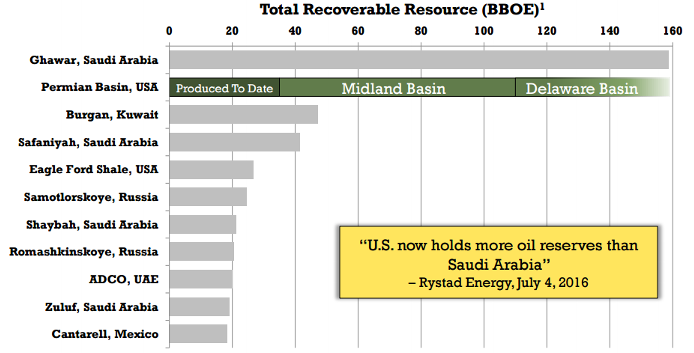 But what might spark more anger in the House of Saud isn’t that Texas has a lot of oil, but that it has a lot of quality crude.

Look, areas like the oil sands may hold a tremendous amount of bitumen, which is not only costlier to extract and refine, but also a headache to get to market.

Unfortunately for King Salman, they don’t call it “West Texas Intermediate” for nothing... 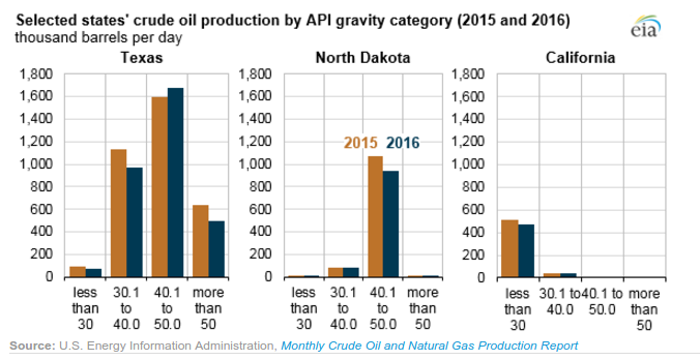 Of course, to say that drillers in the Permian Basin are resilient would be an understatement.

Now, the Saudis may hate the fact that Texas is a rival powerhouse in the global oil industry, but there’s one reason above all why they fear the state: 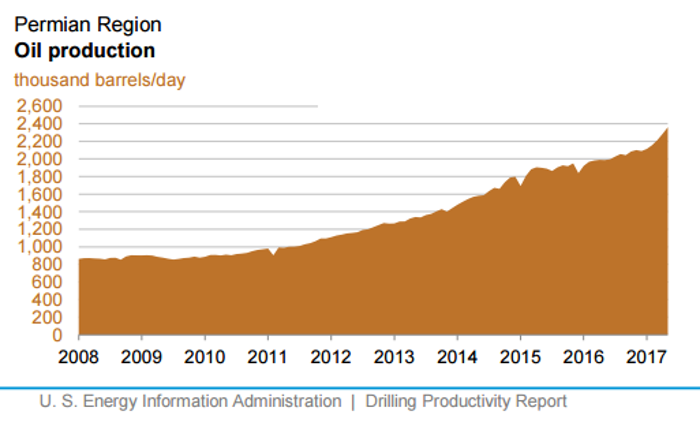 Despite the brutal oil price war that the Saudis waged against “U.S. fracking,” which the House of Saud saw as one of the biggest threats to its oil dominance, production in the Permian Basin continued to rise the entire time!

This was almost entirely due to the Permian Basin. I wouldn’t even be surprised if the Saudis offered Texas a spot in OPEC. They could use a few good players considering one of the most recent members to join the group was a net oil importer!

So where does this leave us?

By now, there should be absolutely no question that Texas is ground zero for some of the best and brightest drillers on the planet.

Back in 2008, we could’ve blindly thrown a dart at the sector and walked away with a tripe-digit winner.

This time, however, we’re not going to see oil prices spike to $100/bbl. Those days may be over now, but that doesn’t mean those opportunities aren’t there.

Over the next few weeks, we’re going to take a more in-depth look at all of these investment gems — the same ones Big Oil will spend billions to get its hands on.