Cameron Winklevoss, early proponent of Bitcoin and president of crypto exchange Gemini Trust, wrote that Biden’s executive order is a “watershed moment” for the industry.

He continued, “It paves the way for thoughtful national crypto regulation that will allow builders to build onshore and ensure that the U.S. remains a leader in crypto.”

Yellen praised the order in a statement on the Treasury’s website on Tuesday that was later removed, saying it strikes the right balance between fostering innovation and addressing potential risks. That boosted sentiment in an industry that has long called for greater regulatory direction.

Freedoms in the United States have been eroding for decades. Let me remind you that money laundering wasn’t even illegal in the U.S. until the 1980s when Reagan doubled down on the “war on drugs.” We’ve lost the war on drugs, but the laws still remain to the detriment of freedom everywhere.

This isn’t about clear guidelines to help you pay your taxes. This is just another step toward the Chinese type of social control where you get a rating.

It is an idea that is infecting many countries, including India and the United Kingdom.

Here is a headline from The Telegraph, a major U.K. paper: “Bank of England Tells Ministers to Intervene on Digital Currency 'Programming.'”

Digital cash could be programmed to ensure it is only spent on essentials, or goods which an employer or government deems to be sensible.

The Bank of England has called on ministers to decide whether a central bank digital currency should be “programmable,” ultimately giving the issuer control over how it is spent by the recipient.

You''ll also get our free report, The Complete Guide to Non-Fungible Tokens (NFTs), sent straight to your inbox.

That should scare the hell out of you. We’ve already seen Canadian Prime Minister Justin Trudeau go after truck drivers protesting the government's COVID lockdowns.

The Canadian government created a blacklist of not only those who protested in this so-called liberal democracy but also those who sold them gasoline and coffee. It confiscated donated funds, froze bank accounts, and turned off credit cards. 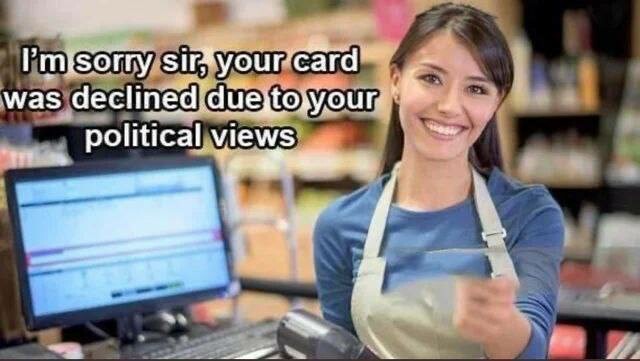 Furthermore, there is no legal framework in place for these legal protesters to get their money back, much like the U.S. seizure laws that make you prove your money is yours and was never used in a crime.

These new crypto programs will be much the same, Constitution be damned.

And, of course, it goes further than that. With a programmable dollar, the elites can reach down and stop you from buying almost anything — guns, ammo, a plane ticket, real estate, fatty food, a gasoline-powered car, oil stocks, vapes, some guy’s pillow — whatever they deem detrimental.

After all, someone has to look after you. You clearly can’t take care of yourself.

And, of course, it will make crime worse as more people seek to evade the law, thereby becoming criminals.

If you’re like me, you despise these glorified hall monitors and busybodies who want nothing more than control and power, and you should protect yourself. Own physical gold and silver. Buy bags of cheap gold rings, which are useful for barter. Buy cases of whiskey, even if you don’t drink.

In my latest Launchpad Trader action alert, I recommended a cryptocurrency that was created specifically to be decentralized and anonymous with privacy as the core tenet of its existence.

It jumped 10% on the news of Biden’s new start toward crypto regulation, and I expect it will climb every time more controls are added to the crypto sector. But even if it doesn't, it could be a good idea to hide some money in case of unexpected emergencies.

Join us and learn about it here.