The World’s Most Expensive Metal

As a commodities trader focused on energy and metals, I’m often asked in casual conversation, “What’s the world’s most expensive metal?”

Thing is, the price of metals is coordinated by the market. And market changes, such as supply issues of any given metal, can drastically change prices. So the world’s most expensive metal today might not be tomorrow.

It’s also important to note that there are other substances that are much more expensive than most metals.

Of course, you know of precious gems like diamonds and rubies that command high market prices. The most expensive of these gemstones are those that exhibit a rare natural coloring.

Red diamond is the most expensive fancy gemstone, with prices ranging from $1 million to $12 million per gram. Compare that to gold (currently worth about $42 per gram), and red diamond is worth up to almost 285,000 times more than gold. 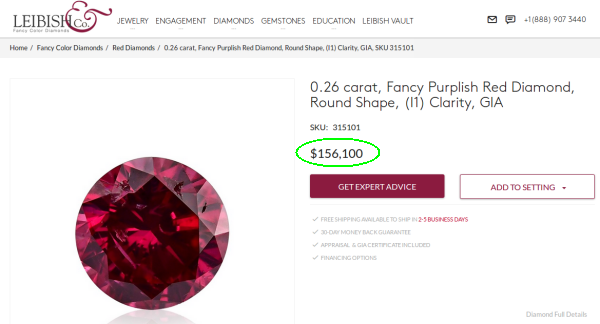 Then there are substances like illegal drugs, which are more valuable than most metals. Cocaine, heroin, and meth are all more expensive than gold. (You might want to consider that if you ever think of using any of these drugs — snorting cocaine is more expensive than snorting gold.) But the most expensive drug is LSD. 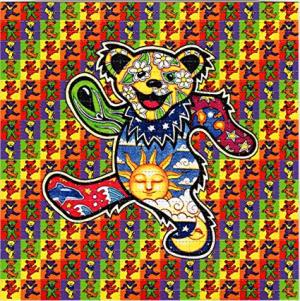 Buy something for $2,500 and sell it for $200,000? Sounds pretty great, right? Well, before you start to get any bright ideas about selling LSD, you should know that you’d have to sell 10,000 doses just to sell one gram. At that point you’re not a drug dealer; you’re a drug trafficker. And the federal penalties for trafficking LSD are harsh. For trafficking over 20 doses (including the paper) of LSD, a first offense calls for:

And that’s the first offense. I’m not a lawyer, but I’d advise against trafficking LSD.

On the list of the world’s most expensive materials are also legal and illegal medicinal drugs.

One of the most expensive legal drugs on the market right now is called NovoSeven RT. NovoSeven is use to help prevent or control bleeding in patients with hemophilia A or hemophilia B. The discount pharmaceutical website GoodRx.com has 1 mg of NovoSeven priced between $2,227 and $2,347. That’s $2.2 or $2.3 million per gram.

And that's with the coupon! 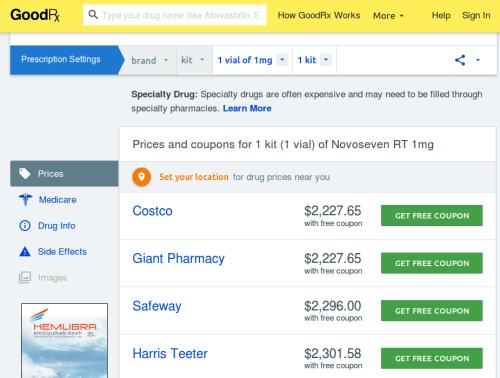 Then there are substances like rhino horn. As much as it has been reported that rhino horn was being used as a substitute for Viagra, a 2012 report by TRAFFIC International, the World Wildlife Fund's trade monitoring program, said people would “routinely mix rhino horn powder with water or alcohol as a general health and hangover-curing tonic.” It’s an extravagant hangover cure, despite what the media has reported.

Either way, superstition has driven up the price of rhino horn. According to environmental organization WildAid, rhino horn was widely found to be selling for $65 per gram, with reports of prices over $100 per gram.

That’s not as expensive as some of the other substances we’ve already talked about. But it’s certainly much more expensive than gold. 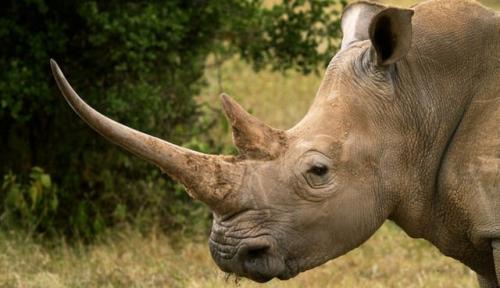 So you have precious gemstones and legal and illegal drugs that are more expensive than most metals. And there are other substances such as meteorite and moon rock that can sell for much more than any metal. But there are also things like antimatter. What exactly is antimatter? I’ll let Live Science explain:

According to NASA, antimatter costs $62.5 billion to make one gram, making it the most expensive substance on Earth.

Then there are substances like endohedral fullerenes, which are nanomaterials valuable to nanotechnology, electronics, optics, and other fields of materials science and technology. And they’re a bargain compared to antimatter, costing just $167 million per gram.

So what about metals? Which are the world’s most expensive metals?

The most expensive natural element is francium. To isolate one gram of francium would cost around $1 billion. And that would just be a complete waste of money. Francium decays so quickly that it couldn’t be collected fast enough to make a gram. So you couldn’t even buy a gram.

And if that’s not enough to exclude it from our list of the world's most expensive metals, the bulk properties of francium aren’t known with any certainty. Researchers have never produced enough of it to confirm it’s actually a metal.

If francium is a metal, it would be the world’s most expensive.

Then there’s astatine with the same story: It decays too fast to collect an entire gram, and scientists still don’t know whether astatine is a metal or not. It’s also extremely rare. The total astatine supply in the Earth’s crust is about 1 ounce (31 grams).

But for the sake of argument, let’s say francium and astatine are not metals.

What’s the world’s most expensive metal?

Californium — specifically the isotope californium–252 — is used to identify gold and silver ore resources and costs about $25 million per gram.

However, like francium and astatine, no one buys californium–252 a gram at a time. It’s sold by the milligram at $25. 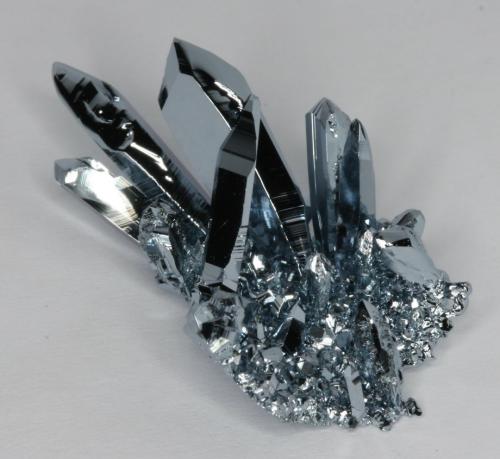 But californium might not be the world’s most expensive metal.

According to a recent post on CuriousNotions.com, the isotope platinum-190 is the world’s most expensive metal. They say:

I should note now that the elements francium, astatine, and californium are all radioactive. So even if you could produce enough stable material and could afford it, you wouldn’t want to own it.

But that doesn’t mean it’s a good idea to buy it, especially for investment. Let me ask you this: To whom are you going to sell your platinum-190 when the time comes to divest?

So let’s alter the question...

What is the most expensive metal you can buy, without turning into the Toxic Avenger or flushing your money down the toilet?

Well, for that question, I have to go back to my original answer: The price of metals is coordinated by the market. And market changes can drastically change prices. So the world’s most expensive metal today might not be tomorrow.

Right this minute, the most expensive metal you can buy, without turning into the Toxic Avenger or completely flushing your money down the toilet, is... 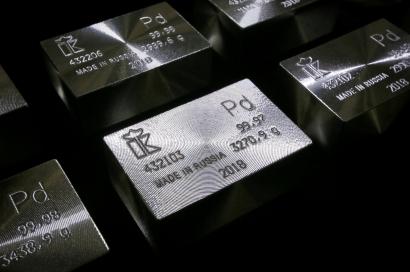 The price of palladium has been on a tear over the past year. Right now, June 2019 futures are priced at $1,324 per ounce.

I told you it wasn’t a cut-and-dry answer.

America Is the Global Energy King
The U.S. is now exporting more oil than 12 OPEC nations produce, something that was thought impossible only a few years ago. Energy and Capital editor Keith Kohl explains how we got here...
The Prophet of Doom
The inverted yield curve is here, the sign of the fiscal apocalypse. Energy and Capital editor Christian DeHaemer explains exactly what it means and what you should be doing to prepare...
Investing in Halo Labs (OTC: AGEEF)
They say money can't buy happiness, but it sure makes life a lot easier. Energy and Capital editor Jeff Siegel has made it his job to help readers create and protect their wealth... and there is one stock he thinks is ripe for a double.
Hydrogen Fuel Cells: The Downfall of Tesla?
Lithium has been the front-runner in the battery technology market for years, but that is all coming to an end. Elon Musk is against them, but Jeff Bezos is investing heavily in them. Hydrogen Fuel Cells will turn the battery market upside down and we've discovered the tiny company that is going to make it happen.