The Saudis' Solar Boom Hits the Next Level

It’s not really news to hear about the sprawling state of California adopting more solar power.

For one, the state has a reputation for being one of the most clean energy–friendly states in the U.S. and the biggest market for solar energy in the country.

California also gets to play guinea pig to Elon Musk’s latest innovations, from his electric cars to his home battery packs.

We’re not surprised when we hear that the state offers rebates through both utilities and municipal service providers under the California Solar Initiative, though most of these have already been claimed — a testament to how popular the program was from the start!

I know it’s not surprising to find out that a state powered more than 25% by renewables is installing more solar capacity... but to hear about some of the largest, most fossil fuel–reliant countries in the world doing the same?

Now you’ve got my attention.

Saudi Crown Prince Mohammed bin Salman has decided that after two years of losing money to low oil prices, it’s high time the country cut back its dependence on the stuff. 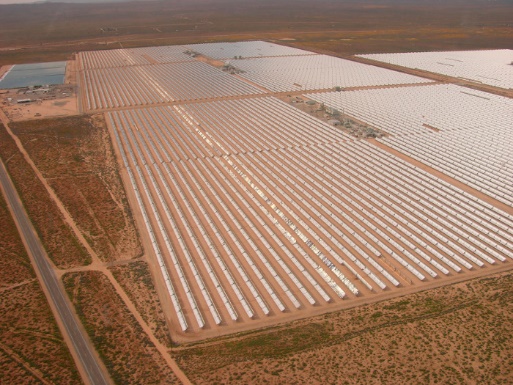 By 2023, the world’s biggest oil power plans to have at least 10 gigawatts of solar and wind power installed, with the goal of covering 30% of the country’s energy demand with renewables by 2030.

Right now, the Kingdom is soliciting bids to commission large-scale solar projects. Despite a cut in government spending, it’s willing to allocate as much as $50 billion to this push.

Now, this isn’t the first time the country has invested in solar energy. One 10-megawatt solar project is already running... and powering a very small portion of oil major Saudi Aramco.

Capital of clean energy it is not.

This new initiative, however, is a little more pressing than Saudi Arabia’s past attempts at bringing more solar online.

I took a closer look at Saudi Arabia’s expenses last week, and a combination of falling profits and mounting debt make the country’s shift away from oil ASAP a necessity.

It’s not just supporting its own solar expansion, either; Saudi Arabia’s ACWA Power has recently signed on to help build a 61-megawatt solar power plant in Jordan. The plant is expected to come online in 2019 and will provide the country’s cheapest electricity rates at just 5.88 cents per kilowatt-hour.

The price of solar is, in fact, dropping all over the world. It’s even reached the milestone of being cheaper than coal in some places!

Amazingly, one of these places is India, one of the world’s largest energy markets and a top coal-consuming country.

Now, faced with the global move away from fossil fuels, India is looking to install new solar capacity across the country, in the form of both large-scale farms and rooftop panels.

This is a big step forward for the Indian population, a large portion of which has no access to power at all. Grids in India struggle to keep up with growing energy demand, leaving many citizens in the dark.

Rooftop installations will help negate this problem by making energy more accessible to those too far from the traditional fossil fuel plants.

The country plans to have installed 100 gigawatts of solar capacity by 2022 from large-scale installations and a growing number of rooftop systems.

Of course, not one of these projects will be entirely successful without one last ingredient...

And the Winner Is...

From large-scale projects in Saudi Arabia to rooftop installations in India, no solar project would be complete without energy storage.

Even in places where the sun is abundant enough to make solar a more affordable choice than coal, it’s still not constant enough to totally cover energy demand.

Energy storage is the answer to this problem.

Right now, the vast majority of the world’s energy storage capacity actually comes in the form of pumped hydro storage. Unfortunately, that only works in places near water or with grids strong enough to get the energy back out.

Portable, scalable, and increasingly affordable, lithium batteries are fast becoming the favorite for storing energy of all kinds.

Global energy storage capacity for utility-scale projects is expected to reach 42.7 gigawatt-hours by 2025, according to Navigant Research.

And that’s not even accounting for growth in consumer electronics, home battery systems, or electric vehicles!

The growth in solar energy and lithium battery storage go hand in hand, and investors like us who focus our attention on the energy sector will do well to keep a close eye on these two opportunities going forward.