The Lithium Revolution Is Here

Ever wonder why we're not running on full renewable power yet?

I mean, we've got the farms of solar cells, wind turbines, and hydropower stations that produce massive amounts of energy

We've got electric cars, solar airplanes, and a whole host of super-efficient batteries to store all of this renewable energy.

You see, even with companies like Google (NASDAQ: GOOG) and Apple (NASDAQ: AAPL) spending billions of dollars on wind and solar power to run their own facilities, on a national — and global — scale, renewable energy still lags well behind coal and natural gas in the power supply. 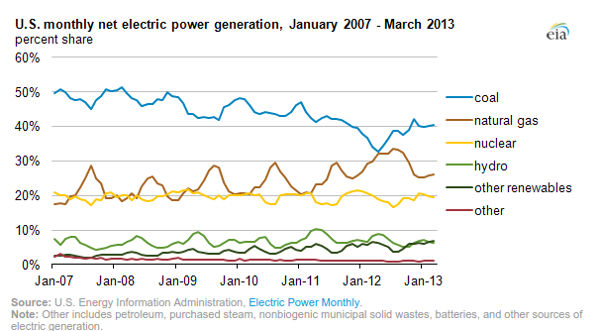 It's a brutal truth for green energy supporters.

But one metal (the lightest and most versatile, actually), will be a crucial part of advancing renewable energy in the future... and it's already well on its way!

This up-and-coming commodity has been used in purifying glass and several household alloys, and it is best known for its use in rechargeable batteries. And all of these functions will be essential parts of its contribution to the future of the global energy sector.

From your personal phone to your new electric car to your entire office building, lithium is and will be present in powering every aspect of your life.

When Do We Want It? NOW.

Lithium is a major factor in rechargeable batteries, small devices, and electric vehicles (EVs). Lithium-ion batteries are the fastest-charging and longest-lasting batteries on the market — and they will only get better in time.

Of course, Tesla (NASDAQ: TSLA) is probably the best-known name in the lithium battery industry. The company's lithium battery-producing Gigafactory is scheduled to be up and running by 2017.

We even mentioned a little about this on Tuesday when we mentioned the company's recent announcement regarding an astounding 38,000 pre-orders for its Powerwall and Powerpack batteries... and they haven't even started production yet.

I've said it time and time again in relation to other commodities, and lithium is no different: The cure for low prices is low prices. Lithium is already in high demand, and it's not going out of style anytime soon. Nothing else in the battery world can compare.

Cheap prices in the beginning will shoot lithium demand through the roof, and prices will follow suit.

It's a Small World After All

I recently explained how China's demand for lithium is about to take off. As the world's largest energy importer, China's switch from coal to cleaner energy will weigh heavily on the global energy market.

And let's also keep in mind that Tesla has already exported more than 300,000 EVs to support Chinese demand for cleaner transportation and luxury.

Japan is also a net importer of Tesla goods and is in fact its second-biggest consumer. This makes perfect business sense, as Japanese company Panasonic (OTC: PCRFY) is partnered with Tesla in the battery-making market. 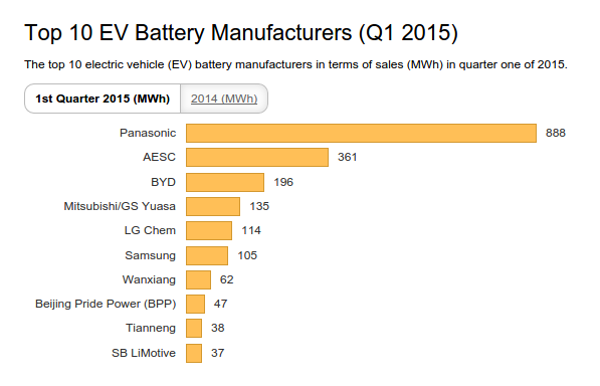 Panasonic, the biggest EV battery producer, is supporting the Gigafactory in the U.S. with money and workers, and Tesla has already made plans to build another Gigafactory in Japan once the first one in Reno is finished.

Japan's abandonment of nuclear and China's leap away from coal power are indications of how renewable energy and, by necessity, lithium will continue to be in high demand worldwide.

Big Names Are Bad for Growth

My investment philosophy requires me to shirk away from big names. If I want to buy an oil company, I avoid names like Exxon and Shell for smaller companies with bigger upsides.

It's the same in the renewable energy and lithium markets: Big-name companies like Tesla won't see as many capital gains despite innovation and growth.

Not to say any of the companies I've mentioned are bad investments. They're all contributing to the renewable energy sector and are sure to grow from it... but maybe not as much as you'd like.

Think of it this way: Why invest a lot in a company that is already big?

The lithium market is still in the early stages of a massive bull market. The U.S. Geological Survey (USGS) projects that demand will reach 35,000 tonnes of lithium metal by 2017. And with the world's proved reserves of lithium estimated to be around 13 million tonnes, there will be an immediate need for producers to kick their operations into high gear.

The key is to find small, little-known producers with massive room to grow. The largest share of profits for investors will come from the small producers that have a stranglehold on reserves. Start-ups that focus on solar power or battery capacity will be the ones to watch for as lithium demand brings them to the forefront.

Smart investors will start looking now — before all of Tesla's competitors have time to grow out of the undervalued territory necessary for investment.