The Future of Mining is at the Bottom of the Ocean

At Stake Could Be Over 4 Billion Ounces of Gold

Believe it or not, the world's oceans contain gold.

Estimates of gold floating around in seawater alone range up to over 500,000 ounces.

Unfortunately for anyone hoping to capture all that aquatic bling, pulling the yellow metal from seawater is simply not economically feasible.

To put it in another way, there's between 0.0001 grams per tonne (g/t) and 0.002 g/t in seawater, depending on the location. Compare that to even very low-grade gold mines on land:

* As defined by the World Gold Council

The extremely low grade of gold in seawater generally makes extracting the yellow metal from the ocean uneconomical with current technology.

But there's another place to find gold in the ocean.

A whole lot more of it, actually.

And that's right on the seafloor. 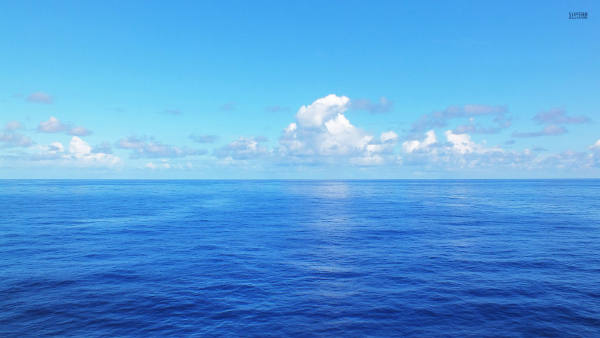 Deep-sea exploration is a relatively new field of study. Some estimate that 95% of the ocean's floor is still unexplored.

So there's really not enough available data yet to make an accurate estimate of the mineral resources on the seafloor. But we do know this...

The oceans cover about 71% of the entire surface of the Earth. And geologists expect that the ocean floors contain a proportionate amount of the same natural resources that have been mined on land for centuries.

And of course, it's not just gold.

There is, without a doubt, trillions of dollars' worth of minerals sitting under the ocean's floor. But the problem with digging most of them out is the same problem with extracting gold from seawater...

With our current technology, it is possible to mine for gold and other minerals at extreme ocean depths. But it's just not economically feasible to commercially mine most minerals from the ocean's floor... yet.

Obviously, offshore oil production has become commercially viable over the years. There are currently about 900 large-scale oil and gas platforms around the world.

Advancing offshore mineral mining further has been diamond giant De Beers, as well as a few other diamond miners. De Beers currently operates five marine mining vessels in the shallow waters off the coast of Namibia that pull diamond-bearing rocks from the seafloor.

Economically mining gold off the seafloor, however, remains outside of the realm of our current technologies. But there are a few companies trying to change that...

The Future of Mining is at the Bottom of the Ocean

Geologists currently believe that the majority of deep-sea gold resources are found in what they call “sulfide deposits.” The average depth of these sulfide deposits is about a mile to 2.5 miles underwater.

But five or ten thousand feet of water isn't going to stop some from going after that massive untapped resource.

The company's ultimate goal is to extract gold and copper from its underwater Solwara 1 project in the territorial waters of Papua New Guinea.

Here's a basic idea of what it's trying to do... 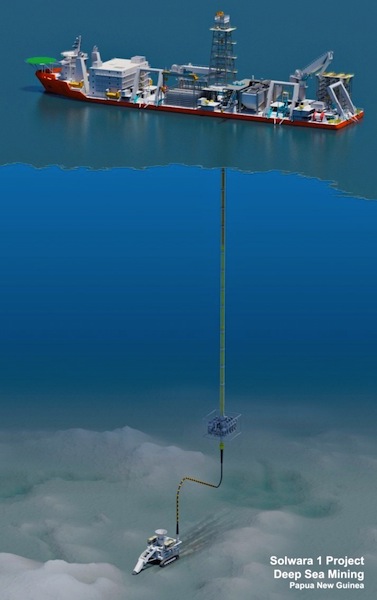 Back in February, Nautilus announced that the commissioning and testing of its third and final Seafloor Production Tool (that's the anteater-looking thing on the seafloor in the graphic above) had begun.

Most recently, the company has gotten its Production Support Vessel (the ship) into construction and expects to take delivery of it in December 2017.

Nautilus has experienced roadblocks in the past, and there are still a million things that could go wrong for the company. There's no doubt some of them will.

While I do believe that deep-sea mining will one day play a significant part in global commodity supplies, that day is simply too far off in the future for me to invest any money in the industry just yet. Nevertheless, deep-sea mining will certainly be an industry to watch over the next few years.