The End of the Gold Bear Market

Gold prices are set for higher ground this week as the markets react to the Paris killings.

With sentiment already weak in the equity market, last Friday's terrorist attack has sent investors running to safe-haven assets. Gold bullion for immediate delivery was up over 1% in overnight trading. 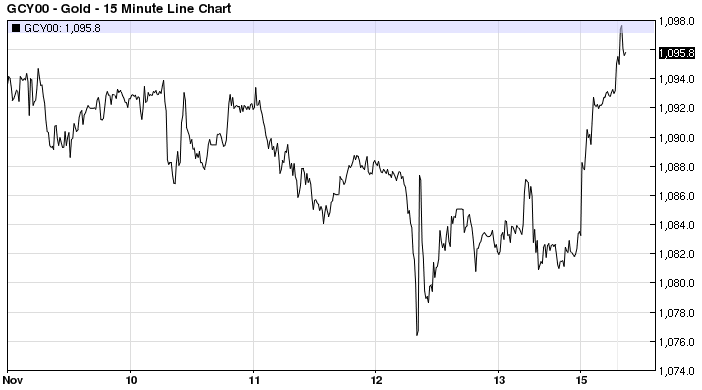 Last week, gold prices were sitting at five-year lows. And many market analysts are predicting only a short-term rebound following Friday's attack.

But there are some bigger picture supply fundamentals to the gold story that may soon begin to play an important role.

Most important might be a sharp cutback in the amount of gold exploration. Here's what I mean...

And that follows another 31% drop in gold exploration budgets in 2013.

For junior gold and mineral exploration companies, which create feasible projects for major mining firms, it has been extremely difficult to survive.

In its 2014 annual review of world mineral exploration, the USGS reported:

The lack of available capital targeted for preproduction assets has made it difficult for junior companies to obtain sufficient capital to sustain exploration activities. One study suggests that one in 10 junior miners may go into administration, and a further 16 percent are likely to halt operations temporarily.

Here's why this could be the key to a turnaround for the gold market...

A decrease in exploratory activities today could result in a shortage of mine-ready projects in the future — leading to a shortage in gold supplies.

It can take a decade or more and billions of dollars to take a mineral project from the grassroots stage into production. Here's oversimplifying it:

But it's very rare that one company does all this. Typically, a junior company will want to take a project through the feasibility stage.

If a junior is able to make a feasible discovery, a major mining firm may consider buying it out. But without a budget, projects are not able to move forward. And without new projects in the pipeline, major mining companies may be forced into flat or falling production.

Gold supplies coming from global mining activities have only increased slightly over the past few years. Meanwhile, the demand is still relatively high. Annual demand has exceeded 4,000 tonnes since 2011. 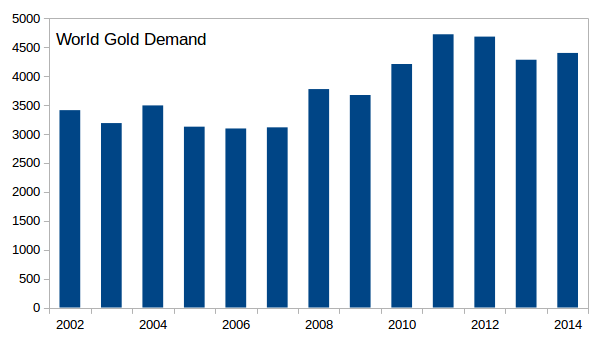 What I'm getting at is this...

A shortage of new mine-ready projects, coupled with sustained demand, could translate into hefty profits for prepared investors — which is why the time to act is now!

Physical gold is fine to own. But to really leverage rising gold prices, we want to be into equities right now. Here are two gold stocks that I've been watching over the past week:

Goldcorp is one of the world's largest gold mining companies. It produced 2.9 million ounces of gold in 2014 with projects in politically stable, low-risk jurisdictions in the Americas. This year, Goldcorp expects to increase gold production to 3.3 to 3.6 million ounces.

The company's production costs were a bit high at $950 per ounce in 2014. But Goldcorp expects to lower production costs to $850-$900 per ounce for FY 2015. The company will also decrease capital spending this year and has a low debt-to-equity ratio relative to most other major gold mining companies.

As far as in-ground resources, Goldcorp owns plenty. The company's proven and probable reserves total nearly 50 million ounces, plus it has another 60 million ounces of measured, indicated, and inferred gold resources.

GG shares closed at $12.02 on Friday. However, I expect increased production and lower costs to boost the company's valuation over the next several months. Of the gold mining majors, Goldcorp looks to have best upside to me right now.

Royal Gold is not a mining company. The company's cash flow comes from gold and other metals royalties and streams. As a pure royalty company, Royal Gold assumes less risk. Projects with high risk can be managed out of the portfolio.

Royal's portfolio includes interests on 197 properties on six continents, including interests on 39 producing mines and 23 development-stage projects. The projects are mainly gold interests but also include silver, copper, lead, zinc, and other mineral assets as well.

The stock took a hit two weeks ago when Barclays lowered RGLD's price objective. However, I think it's well oversold and expect to see this stock move back above $50 in the short term.