Extraordinary feats of magic are taking place right under our noses.

And the magician pulling off these incredible tricks would make David Copperfield scratch his head in amazement.

First, I want you to take a look at the Sino Energy 1, a Hong Kong-flagged oil tanker: 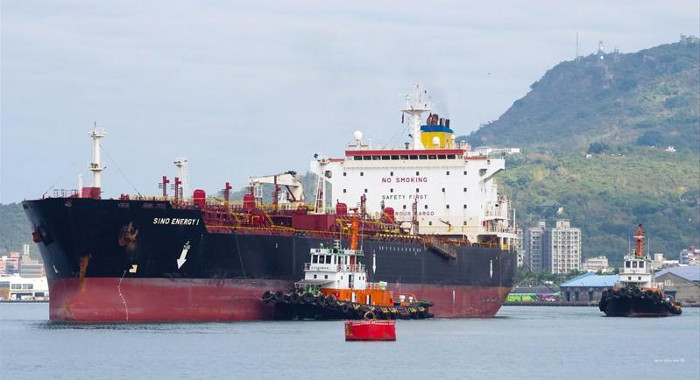 From a size perspective, the Sino Energy 1 isn’t the largest crude tanker at sea.

Now pay attention, and don’t blink... or you might miss it.

One minute the Sino was gliding through the waters of the Persian Gulf. The tanker was sitting high in the water, suggesting that its cargo hold was empty.

Then, suddenly, it vanished, right into thin air.

In fact, this captain-turned-magician was so good that he made the Sino disappear for nearly a week.

But what really made this vanishing act so special was the fact that after it reappeared a week later, the Sino was full to the brim with crude oil.

Quite the curious case, indeed.

Although I’m never one to spoil a good magic act, all it took the Sino’s captain to pull off this trick was a little flip of the switch.

It’s called the Automatic Identification System, or AIS for short.

Back in 1974, an international maritime treaty was enacted called the International Convention for the Safety of Life at Sea.

The fifth chapter of this treaty lays out the guidelines regarding the safety of navigation. More specifically, Regulation 19 of this chapter requires ship-borne navigational systems and equipment.

That’s where the AIS comes into play; it gives everyone the basic information, including its identity, type, position, course, speed, navigational status, etc.

The signal is automatically sent from a transponder onboard, so it not only lets the owner keep track of the ship’s whereabouts, but it also helps prevent everyone from hitting each other.

Every oil tanker on the planet has one.

And that’s how, with a small bit of sleight-of-hand, the captain of the Sino Energy 1 was able to pull off his magic.

However, the question you should be asking is, “WHY did he turn off his AIS?”

Fortunately, that answer is much easier to answer.

Why is oil sitting under $60 today?

Well, one reason is because despite the geopolitical chaos taking place in the Strait of Hormuz — from tanker seizures to the Royal Navy frigates now escorting UK-flagged ships through the area — Iranian oil is still making its way to the international market.

It’s an effective way for tankers to slip quietly through the Strait of Hormuz, fill up their hold with Iranian crude, then slink back out and unload their cargo elsewhere.

And the Sino’s captain isn’t the only one with this trick up his sleeve. Since U.S. sanctions have gone into effect, dozens of tankers have gone dark, smuggling millions of barrels of Iranian oil out of the area.

But let’s not fool ourselves here; we know exactly where most of this oil is going: China.

It’s not a coincidence that today, the Sino Energy 1 is sailing at a comfortable 13.4 knots in the Eastern China Sea.

What do you think will happen when this party trick doesn’t work anymore?

It turns out President Trump isn’t going to look the other way. This week, the U.S. placed economic sanctions on Zhuhai Zhenrong Ltd., a state-owned Chinese company, as well as its CEO for violating sanctions and buying Iranian crude.

The question now is whether this zero-tolerance policy will deter future tankers from making the same move.

It’s not as if those buyers don’t have options.

Both Russia and the Saudis are already stealing some of that market share from Iran.

That includes China, too.

Saudi Arabia exported 40% more oil to China in April than it did the previous year.

And soon there will be even more oil making its way to China, and it’ll come from a very unlikely source.

We’ll dive right into that next week.