My colleague Christian DeHaemer made me take a trip down memory lane earlier this week.

You might even remember the peculiar name of his oil-rich destination: Iraan, Texas.

My own sojourn, however, wasn’t to that little crude gem lying along the Pecos River. No, while Christian was likely speeding along I-10 in his GM rental sedan, my trip took place just an hour and a half north (by way of a bright yellow Prius, of course).

Years ago I found myself standing next to one of the most famous — yet unknown — oil wells that was ever drilled in U.S. history. Of course, I know a few of my veteran readers will recognize the scene below... 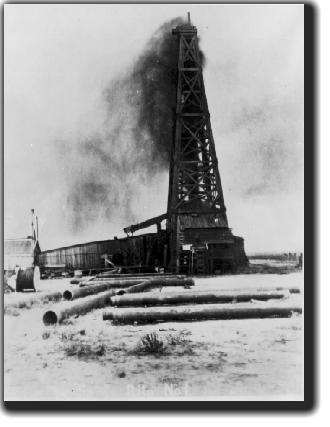 This was the moment the Santa Rita No. 1 well sparked the Permian Basin oil boom after hitting a gusher back in 1923.

I wasn’t alone, either.

In fact, the man next to me was the reason I was in Texas in the first place, and his company happened to be drilling in one of more than 7,000 fields located the Permian Basin.

Walking away from the site of the Santa Rita No. 1, I made a simple, offhand remark about oil’s surprisingly strong comeback in 2016. Remember, the price for a barrel of West Texas Intermediate nearly doubled last year.

And it did so very quietly.

Yet my guide through this part of the West Texas oil patch was unperturbed at the thought of oil making a run above $60 per barrel now that OPEC and Russia appear to be getting along. He was even unmoved by the fact that we might see a chance at $70 per barrel once the refiners switch over to the summer blend as demand ramps up.

I had to know why.

“So you’re telling me you would just nonchalantly shrug off $100 oil?” I asked.

I’ll never forget his reply for as long as I live...

You read that correctly: tiger money.

And even though I'm from Humble County, Texas, I had never once heard that phrase uttered while growing up.

So what exactly was this guy talking about?

One of the little-known facts about the Lone Star State is that there are more tigers in captivity in Texas than all across the wild. That means right now, there are between 2,000 and 3,000 tigers living in Texas AS PETS.

Imagine the sight of your neighbor causally walking his Bengal tiger: 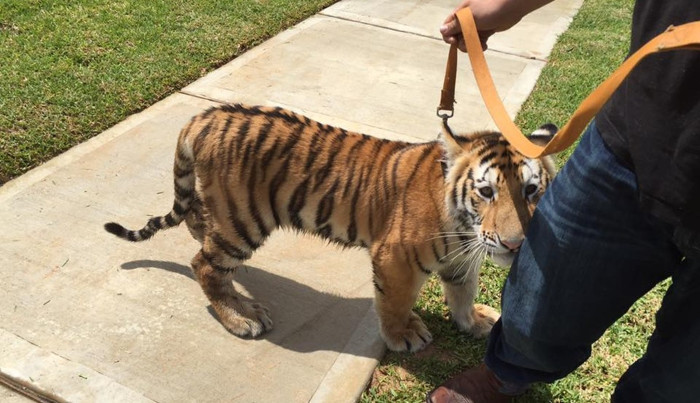 And the most mind-numbing part of this story is that, in truth, we actually do not know how many there are.

As the Houston Chronicle reported last April, there are no databases and no way of knowing where these tigers are even kept.

While it’s scary to think about how many tigers are kept in the backyards of these oil millionaires’ mansions, perhaps more eerie is the oil wealth truly beneath the ground in West Texas.

Now, remember that we’re talking about one of the oldest, most prolific oil regions in the history of the world. The Permian Basin has not only been the premiere location for drillers in the E&P sector, but those companies are reaping the benefits — even in today’s climate!

Break-even costs for drillers in the Permian Basin are among the lowest in the Lower 48: 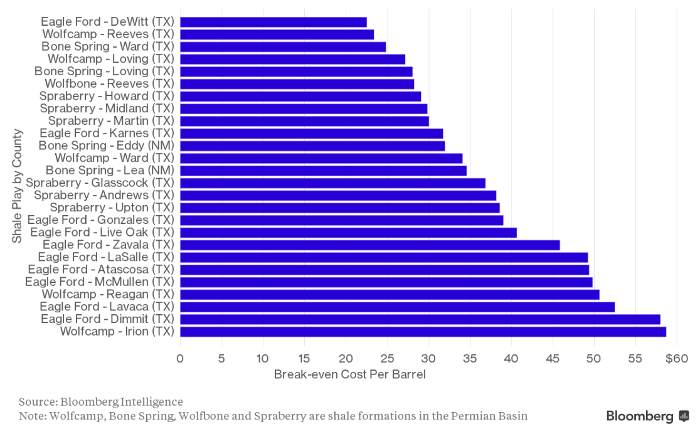 I think it bears repeating that some Permian drillers would still be profitable if oil were to suddenly plummet to $35 per barrel. (Spoiler alert: it won’t, at least until this new bull cycle has run its course!)

Keep in mind what Christian told you on Monday: that just one formation alone — the Wolfcamp — could hold up to 20 billion barrels of crude oil. These formations are essentially like layers of a birthday cake... a very profitable birthday cake.

This key geological feature of the Permian Basin is one of the reasons companies in this play can weather any bear market. In fact, it’s the one oil-producing region where output has been increasing over the last few years.

Today, more than 2.1 million barrels of oil per day are extracted from West Texas. Moreover, approximately 1,706 wells have been drilled but remain uncompleted.

And it’s here, dear reader, where you’ll see the oil bull rise from the ashes of last February’s bottom, because oil was damn cheap back then.

And when you hear how much of those energy riches are still untapped, you may find yourself in a position to upgrade your own house cat.