Texas Oil Profits and the ONE Stock to Get You There

One of the most forgotten events in history took place nearly 100 years ago on a small piece of land owned by William H. Abrams in Mitchell County, Texas.

Few people I know could tell me where Mitchell County is, and fewer still know the extraordinary story that occurred there on July 16, 1920.

Up until that point, an oil well had been drilled on the property and even produced a little oil once drillers had hit a depth of 450 feet.

When the well showed even better results in June of 1920 at a depth around 2,410 feet, it was only a matter of time before they struck pay dirt. 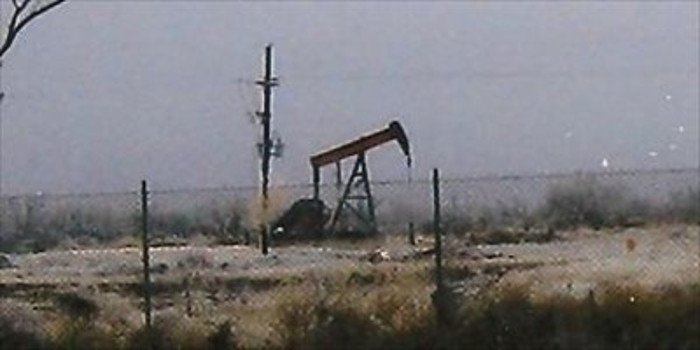 Then, on July 16, with a crowd of around 2,000 onlookers watching the spectacle, the well was shot with nitroglycerin.

A jet of oil and gas exploded out of the top of the derrick, and history was made.

What the crowd witnessed that day was the discovery of the Permian Basin.

Comprised of over 7,000 fields, roughly 30 billion barrels of crude oil and 75 trillion cubic feet of natural gas have been produced from this monster play.

And nearly 100 years later, more than 4.1 million barrels of oil flow out of the now-famous Permian Basin today.

Well, dear reader, history is about to repeat itself...

When Occidental, with a little help from Warren Buffett, emerged as the winner over the battle for Anadarko Petroleum, it was clear that we’ve hit a new phase of the U.S. oil boom.

If we take both debt and the $10 billion that Buffett is chipping in, the $57 billion deal will become the largest oil and gas acquisition within the United States in about 20 years.

Of course, it could also spark a rush of M&A deals in the U.S. oil patch.

Now, keep in mind that not all M&A deals are created equal. Depending on the strategy, there are actually several types of deals that can take place.

Recently, ConocoPhillips’ CEO laid them all out for us.

The first set comes from those deals that target small value for the company — things such as adding working interests, royalty interests, or shoring up their core acreage.

Then we have another set that includes acreage deals that add high-return bolt-on assets to their existing property.

In Anadarko’s case, it’s obvious that Occidental will sell off the non-core assets and try to squeeze as much as it can out of the highly valued Permian acreage.

And one such story is starting to gain attention, and it turns out that the Texas oil industry is about to experience the thrill of another massive oil discovery all over again.

So is the Occidental buyout just the beginning of a long line of profits for oil investors?

Only time will tell.

Anadarko shareholders are certainly hoping so.

Of course, any investor who took a stake in Anadarko Petroleum would be smiling right now. Its shares have jumped more than 70% since the first week of March.

And here’s the best part of this potential buying frenzy: Investors don’t have to look far for those undervalued oil bonanzas.

You see, one Texas driller struck a massive oil discovery that will soon be turning executive heads at Exxon and the rest of Big Oil.

Unlike the T&P No. 1 well, which caused a rush of wildcatters into the Permian Basin, this massive new discovery comes with a huge catch: There’s only ONE driller that controls the acreage!

You can still pick up shares at an incredibly steep discount.

This is the kind of explosive oil stock that individual investors like us find once in a generation.

But I don’t want you to simply take my word for it.

I want you to see the full details behind this oil stock for yourself, and then you tell me how sorely undervalued it is right now (you can still pick up shares for around a buck apiece).

More importantly, I don’t want you to pay a penny to see the valuable information I’ve uncovered. To see my latest presentation on this potential blockbuster oil story — at absolutely no cost to you — simply click here.

I strongly recommend you take just a few minutes out of your day and check out the full details here.