This "Green" Car is Useless!

One of Governor Arnold Schwarzenegger's dreams may soon be coming to fruition.

During his time as governor, while singing the praises of renewable energy progress in the Golden State, the Terminator would often tell tree-hugging Californians about his dream of building a hydrogen highway that would enable hydrogen-powered vehicles to run from Mexico to Canada — via California.

Not only did Prius drivers and vegans applaud the governor's dream, but it even got a decent amount of support from former GM Chairman Bob Lutz and President George W. Bush.

According to the LA Times...

Starting in October with a new fuel station in the city of Coalinga, near I-5 in the San Joaquin Valley, hydrogen cars will be able to get from Los Angeles to San Francisco. Such vehicles can go about 300 miles on a fill up.

Those who believe hydrogen represents the future of personal transportation have been quick to applaud this news.

Certainly it represents a small but meaningful step in instigating some early growth in the hydrogen vehicle market.

But here's the problem...

No one really cares now that Elon Musk has shown the world a much better mousetrap... and in the process, has been quite vocal about why he actually thinks hydrogen is “silly.”

Sure, the guy's got plenty of reasons to criticize potential competitors. But hydrogen isn't really much of a competitor, as Musk pointed out recently:

Hydrogen is an energy storage mechanism. It is not a source of energy. So you have to get that hydrogen from somewhere. if you get that hydrogen from water, so you’re splitting H20, electrolysis is extremely inefficient as an energy process…. if you say took a solar panel and use the energy from that to just charge a battery pack directly, compared to try to split water, take the hydrogen, dump the oxygen, compress the hydrogen to an extremely high pressure (or liquefy it) and then put it in a car and run a fuel-cell, it is about half the efficiency, it’s terrible. Why would you do that? It makes no sense.

If you're going to pick an energy storage mechanism, hydrogen is an incredibly dumb one to pick. You should just use methane, that's much, much easier. Or propane. The best case hydrogen fuel cell doesn't win against the current case batteries, so then obviously it doesn't make sense. That will become apparent in the next few years.

Although I agree with Musk, there's no doubt that plenty of automakers are still getting quite aggressive on hydrogen.

Hyundai, Toyota, Honda, and Volkswagen don't really seem to be too interested in what Musk has to say about the issue. Of course, they also weren't too interested back when he first came on the scene with a silly dream of mass-producing a quality electric car.

You know how that dream turned out... 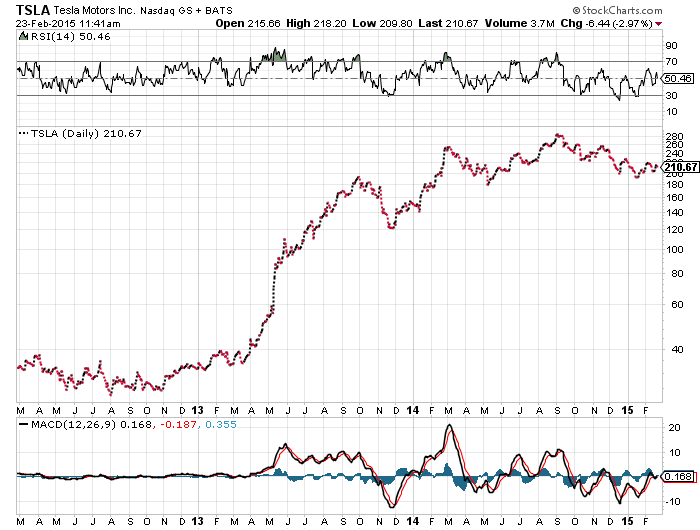 In any event, while there will likely be a few more opportunities to profit in the fuel cell space with companies like Plug Power (NASDAQ: PLUG) and Hydrogenics Corp. (NASDAQ: HYGS), over the long term, I wouldn't put too much faith in hydrogen vehicles getting as much love as electric vehicles.

In terms of price, performance, ease-of-use, and infrastructure demands, by the time the few automakers pursuing hydrogen actually have a decent number of these cars in the showrooms, electric cars will be even further advanced. Prices will have fallen further, driving ranges will have doubled (if not tripled), and high-speed charging infrastructure will be nearly as common as the infrastructure in existence today for internal combustion vehicles.

In other words, it's too late for hydrogen, because no one can put the electric vehicle genie back in its bottle.