After its short, fiery debut on Earth nearly 16 million years ago, this massive volcano has been lying permanently dormant, waiting to be discovered.

Located in the McDermitt Caldera region of Oregon near the aptly named Disaster Peak, this site is a geological wonder unlike anything else in America. 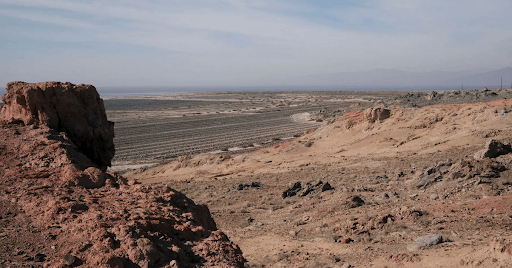 The area was first evaluated by Chevron Minerals in the early 1980s. Back then, everyone was drilling for uranium to power reactors and weapons. Since the site was practically empty of uranium, it was quickly abandoned.

Nobody realized how important the site would become. If they had, Chevron would have mined every inch of land without hesitation.

The mineral deposits in this ancient site are unlike anything else in America. For the most part, the bounty of this region was ignored until another mining company took interest in 2007.

And unlike Chevron, this newcomer was VERY satisfied with its findings.

The Most Important Mineral on Earth Right Now 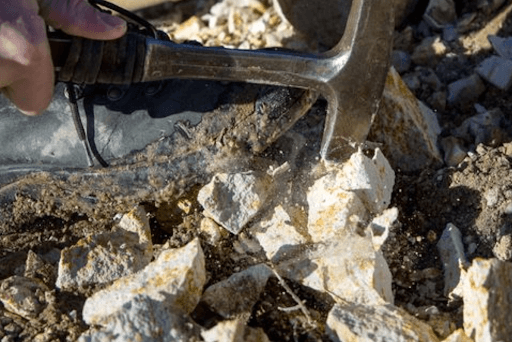 See those silvery chunks with faint orange stripes? It’s a mineral we all know very well, with a slight difference. In fact, I'm willing to bet that our veteran readers already know where I’m heading with this.

This ancient supervolcano gifted Oregonians with one of the highest-quality sources of lithium on the planet.

Geologists are especially fascinated with the site because volcanic lithium is such a rarity. Even in similar sites across the United States, the presence of lithium is not guaranteed.

Exploratory reports done by Lithium Americas indicate that this could be one of the most highly concentrated deposits in the country. All anyone needs to do is set up a mine and get rich quick.

Or at least that's how it used to work. The heyday of lithium mining is already starting to dwindle for a few reasons.

For One, It’s Not Very Kind to the Planet

Before anyone labels me an activist, my concern is less about saving the trees and more about fear of government regulation. Anyone who follows the news surrounding oil pipelines knows that one bad government decision can shut down a multimillion-dollar project and send stocks plummeting.

Realistically, mining is not the solution here. It’s one part of a solution, but we are hopelessly underequipped to meet our lithium needs from mining alone. 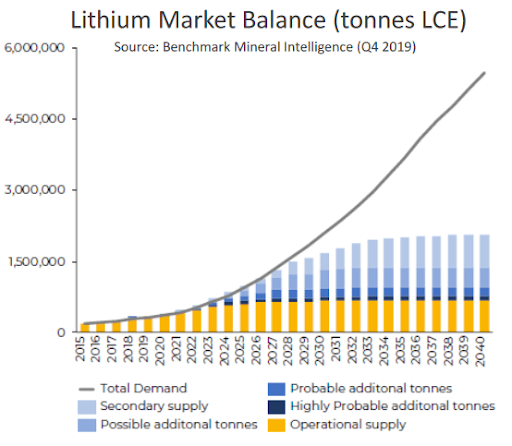 Current lithium supply is around 82,000 tonnes per year. As you can see, demand is expected to outpace that within the next few years.

Electric vehicles are already becoming a common sight on the road. A good portion of the world is even planning to drop gasoline engines entirely within the next few decades.

The movement is designed to be pro-climate and, in a way, it is. But if you've ever seen a lithium mine in person, “environmentally friendly” is hardly the first phrase that comes to mind. 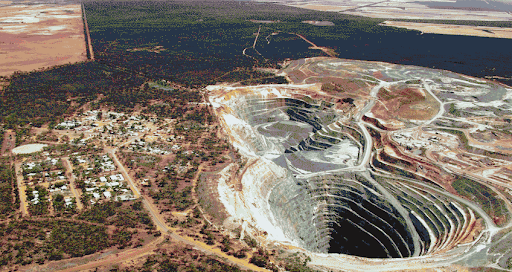 Now that the United States is starting to embrace its own lithium reserves, a familiar battle is starting. Everyone wants cheap batteries, but nobody wants it in their zip code.  NIMBYism is still alive and well.

The solution is simple: Find a cheap, renewable source of lithium that DOESN'T result in monumental destruction of the planet. Easier said than done, right?

Well, according to one small industry disrupter, the problem starts at the beginning. Throwing away “dead” lithium batteries is worse than reburying gold.

Lithium doesn't need to be ripped from the ground anymore. We have plenty of it just lying around, waiting to be collected.

Don't believe me? Check out the full report here — I guarantee you’ll be surprised by what you learn.