Looks like we have one of those common, low-volume sell-offs that happens when everyone is at the beach.

Here is the QQQ’s, which is the ETF for the top 100 Nasdaq stocks. 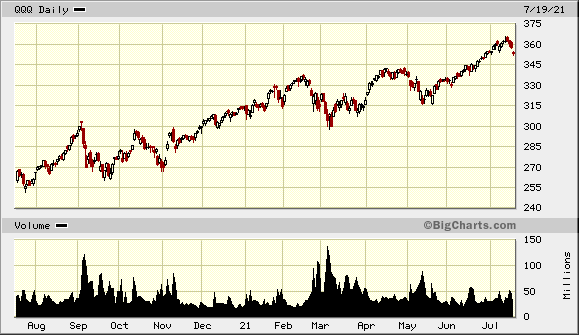 As you can see, the one-year uptrend is still intact. Volume is about one-third of that of the big sell-offs in September and March, which suggests this isn’t a serious downturn.

There are also four red candlesticks and an abandoned baby doji.

An abandoned baby is a doji candlestick that looks like a plus sign after a gap down. These are usually followed by a big white candlestick. 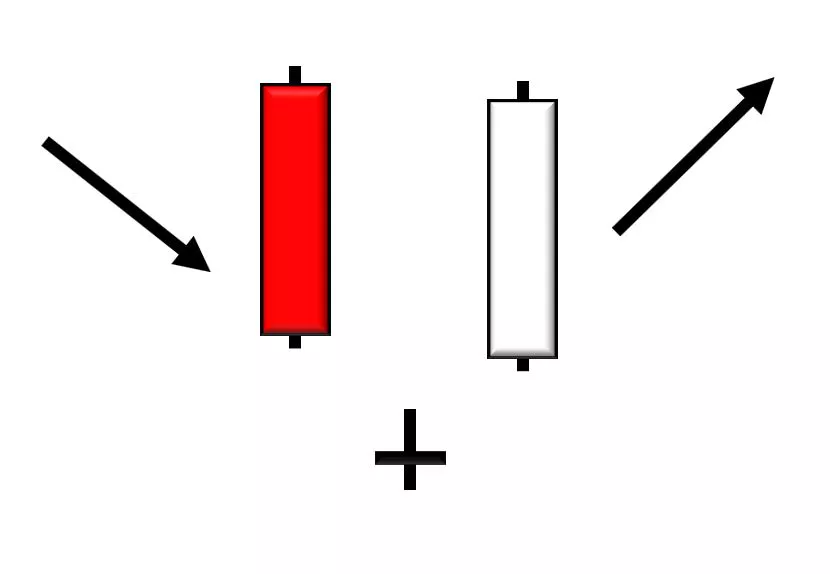 For the next two or three weeks, we will get some consolidation until the market digests earnings and other dominant vectors.

They say the market climbs a wall of worry. One of those concerns is the price of oil. The UAE and Saudi Arabia have seemed to come to terms within the OPEC+ group and will be selling more of their reserves — 400,000 barrels a month more.

This news has pushed the price of West Texas Intermediate crude down 6% on Monday to $67 a barrel.

People who were long oil with the expectation that it would shoot up as the economy bounced back have to recalibrate their portfolios. I remain long oil as OPEC has a way of missing expectations although I am a little less certain than I was two months ago.

In other news, the 10-year Treasury yield has been dropping from 1.73% where it was in March 2021 to 1.20% yesterday. This is odd in that no one predicted it. Inflation and high GDP numbers should push the yield higher.

The speculation is that foreigners worried about their own currency coupled with the drop in Bitcoin are spurring buyers of T-bills and pushing down yield.

Traditionally, lower yields are good for stocks as they offer people a chance to refinance and corporations the ability to borrow money and buy back shares.

Other than that, don’t fret too much. Use the next few weeks to pick up stocks you’ve been wanting to own. The real market will be back in a month or so.