In the late 1980s, the Wicked Awesome, a sailboat I crewed for, dropped its anchor near the small island of Bimini. Laying 50 miles east of Miami, it was the former home of Hemingway, where he wrote parts of Islands in the Stream.

At the time, the town was a collection of shacks with a bar or two. The locals played dominoes while the tourists drank Rum Runners.

At some point, I decided to take a weather-beaten, sun-bleached windsurfer out on a trip around the harbor. The weather was fine, with sunny blue skies and crystal-clear waters... “Look out for the shark, man,” said the guy as I pushed away from the dock.

"Yeah, right." I thought it was another local putting on the tourists.

A light offshore breeze pushed me out toward the open ocean. The windsurfer had seen better days, the sail was frayed, the boom shook like a crack addict with Parkinson's, and the mast wanted to pop out of its bracket when you hit a wake.

But there I was, making my way around an anchored sportfisher, when the long black body of a hammerhead glided underneath me like silent death. It was 12 or 14 feet long, dark green, and swam in a looping, prehistoric languor.

The half-hour it took me to make my way back to the dock in light air was the most fearful I’ve been in my adult life. I was scared shirtless.

The guy on the dock was laughing like the acid finally hit. “Shark,” he said, rolling back on the splintering boards, clapping, “comes here every day.” He laughed and laughed. “Big shark.”

The thing I know now, but I didn’t know then — post Jaws and pre-Shark Week — was that hammerheads don’t attack humans. Winged sharks, or cephalofoils, have disproportionately small mouths and eat squid, octopus, crustaceans, and stingrays. Oddly enough, they also eat and can partially digest seagrass, making them the only omnivorous shark.

According to Wiki, there have been 17 documented unprovoked attacks by hammerheads since 1580 AD. And no human fatalities have been recorded. My fear was pointless...

But unlike sharks, there are things you should be afraid of, like losing 50% to 80% of your portfolio and waiting 15 years for it to come back. 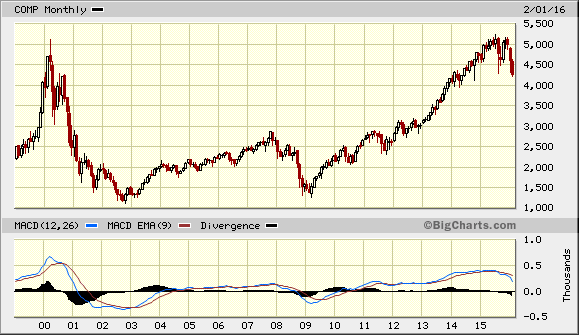 There are plenty of bullish analysts out there who would have you buy the dip. But there are all sorts of warning signs. Buybacks this year are running at half the rate they were at this time last year. Momentum is slowing. Insiders are more likely to sell.

Earnings revisions have been absolutely awful. 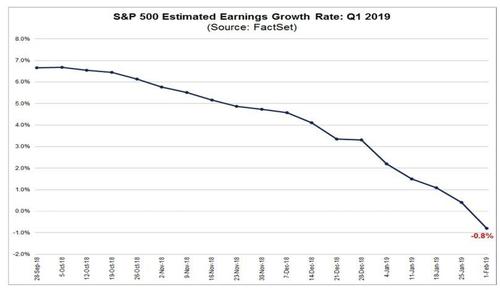 The United States federal government has a debt-to-equity ratio of 105.4%, and the government will need to borrow an estimated $12 trillion more by 2029.

Corporate debt is at $9 trillion that has to be rolled over. In an environment of shrinking earnings, they will have to pay much higher interest, which means some portion of them won’t pay at all. Moody’s reports that 48.5% of this debt is rated Baa — the level right above junk.

The Federal Treasury holds some $4 trillion in debt. The Fed’s fund rate is at 2.40, which leaves little room to cut when the next recession hits.

Add into this economic brine a new political demand for socialism, beaten-down emerging markets, and the off chance of inflation, and you can easily picture a worst-case scenario coming to pass.

It's not the sharks in the water you have to worry about.