That's the Equivalent of Another China

The gold market might soon find 1.6 billion new buyers when the Islamic world makes a clarification to its Sharia law.

Currently, there is some controversy over whether or not Sharia law, which guides both the personal and financial lives of Muslims, permits the ownership of or investment in gold bullion as a tradable commodity. Like in every other religion, different interpretations of religious texts lead people to different conclusions.

So, to clarify the issue once and for all, the World Gold Council and the Accounting and Auditing Organization for Islamic Financial Institutions (which establishes standards for Islamic finance) are drafting new standards for investing in gold to comply with Sharia law.

These standards are expected to be proposed during the fourth quarter. And if these proposals for the changes in Sharia gold standards are accepted, a flood of new investors could help send prices soaring. Consider this...

One of the major contributors to the rally that took gold prices to $1,900 an ounce in 2011 was surging demand from China.

Back in 2009, the Chinese government began urging its own 1.3 billion citizens to own gold. As a result, China went on to become the largest gold consumer in the world — and it still is today.

So this clarification in Sharia gold standards could essentially open the market up to another China. And that could be huge for gold prices, just like it was in 2011.

Most people don't realize how rare gold really is, relative to the number of people on the planet — perhaps because we see so much gold-colored metal every day. But the fact is, there are only about 6.4 billion ounces of aboveground gold, and 7.4 billion people on the planet. So 1.6 billion potential new buyers could be game changing.

It should also be noted that while the Chinese government was promoting gold ownership to its citizens, it was also doing something else...

It was buying gold itself. And since then, China has more than quadrupled its gold reserves — and continues to add 10 to 20 tonnes of gold per month with no plans of stopping anytime soon. 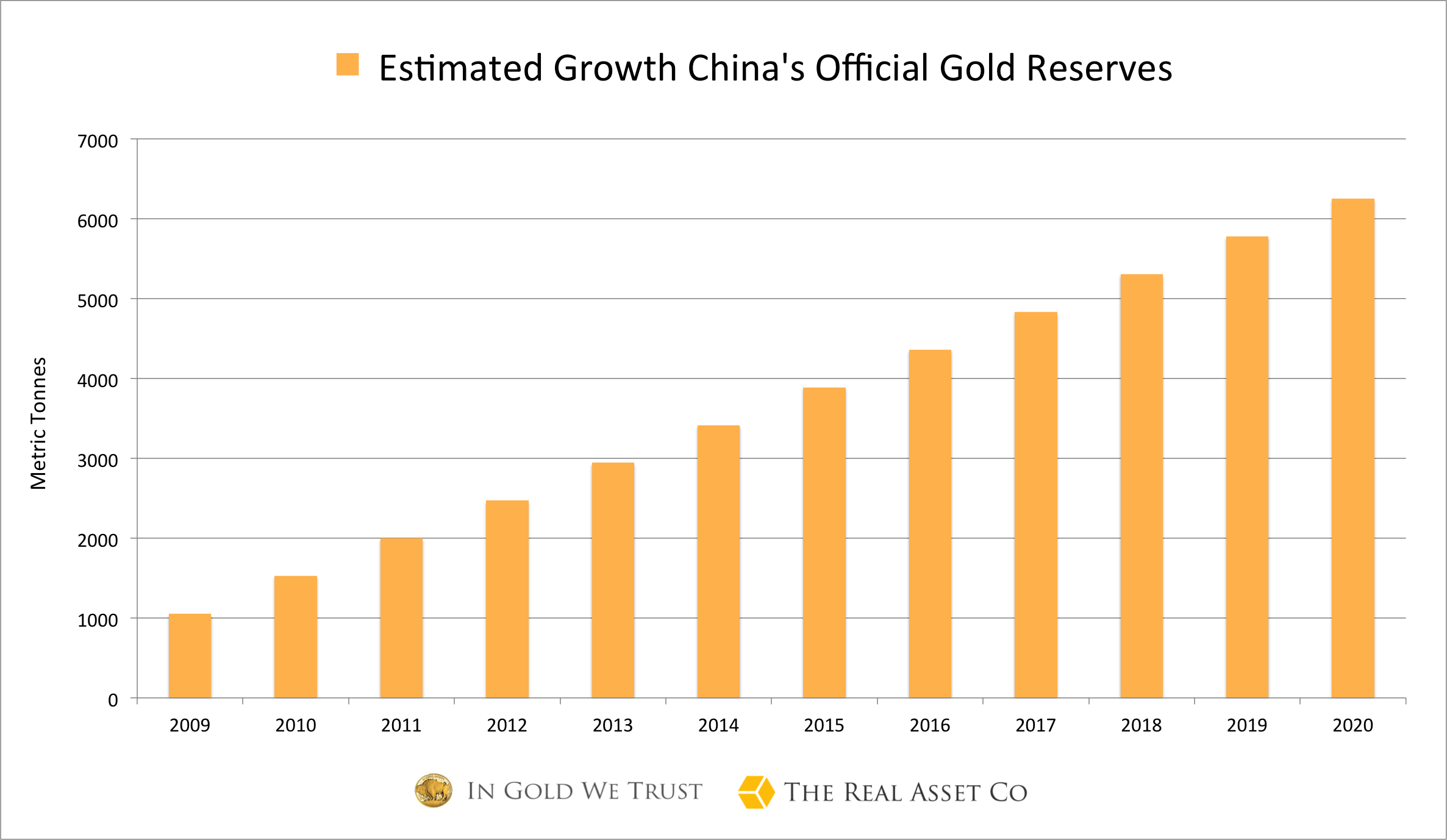 Most of the world's major central banks have added to their gold reserves since the financial crisis of 2007–2008. But currently, there are still only two Muslim countries (Turkey and Saudi Arabia) that rank within the top 20 of the world's gold reserve holdings.

Perhaps some of the governments of the Muslim countries are also hoping to continue adding to their gold reserves — and this clarification in Sharia law will help justify the addition to the public.

Either way, I continue to urge you to own physical gold bullion yourself. The price of gold has cooled off a bit over the past few days, and it is currently sitting just over $1,315 an ounce, which is a great entry point right now.

Starting as early as tomorrow and going into next week, I expect a good bump up in gold prices as Wall Street prepares for the Federal Reserve's FOMC meeting. Traders have long been expecting a 0% chance of any rate movement during this meeting and will likely be mostly focused on clues of a future rate hike when the Fed announces its decision on the 27th. By the end of next week, I think we'll see gold prices back in the $1,350 area.

I maintain my $6,500 per ounce target for gold by 2019. As I've explained in past issues of Energy and Capital, I believe a long-term gold bull market super cycle, exactly like the one that lasted between 1971 and 1980, started in 2001 and hasn't stopped.

Compare gold prices from 2001 to the present to gold prices right before the final leg of the 1970s gold bull market super cycle...

Now take a look at what happened during that final leg... 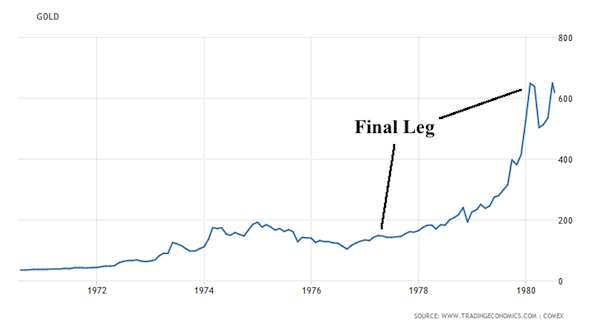