A wind turbine made of solar panels.

Well, researchers at the University of Manchester have actually developed a similar device — one that generates energy using both wind and solar power.

Scientists are calling these energy-harvesting devices “flags.” But if you ask me, I’d say they look more like rudders. Have a look for yourself:

You’ve certainly heard of photovoltaic cells. But what the heck is piezoelectricity?

When you squeeze some crystals like quartz, you can make electricity flow through them.

And the reverse is usually true as well: If you pass electricity through the same crystals, they will squeeze themselves, vibrating back and forth. That's pretty much piezoelectricity in a nutshell.

Piezoelectricity already has multiple applications. It’s what keeps regular time in a quartz watch and turns sound energy into electrical signals in some microphones. Piezoelectric materials are also found in microwaves, inkjet printers, lighters, and an entire catalog of consumer products.

Most notably, piezoelectric speakers are featured in almost every application that needs to efficiently produce sound from a small electronic gadget. That would include smartphones, earbuds, toys... any small gadget that beeps or buzzes mostly likely has a piezoelectric speaker inside.

And these are just consumer applications. There are a billion industrial, medical, defense, and other applications I don’t have time to mention.

Under the action of the wind, the flags we built bend from side to side in a repetitive fashion, also known as Limit-Cycle Oscillations. This makes them perfectly suited for uniform power generation from the deformation of piezoelectric materials. Simultaneously, the solar panels bring a double benefit: they act as a destabilizing mass which triggers the onset of flapping motions at lower wind speeds, and of course are able to generate electricity from the ambient light.

But these energy flags were not designed to solve all the world’s energy problems. Instead, they were designed to serve a very specific purpose: to power remote sensors and small-scale portable electronics.

The energy flags could also be used to power lights on buoys, towers, and bridges. With a strategy is known "deploy-and-forget,” the goal is to develop a product that will produce cheap and sustainable energy and can be left alone with little to no need for maintenance.

So, unfortunately, these energy flags probably won’t be powering your home any time soon. Still, it’s very cool to see how alternative energy solutions are continuing to develop.

By the way, this isn’t the first time researchers have used piezoelectricity in a novel way.

In 2014, researchers in Canada designed a headset with a chinstrap made with piezoelectric fibers that produced energy as the jaw moved. 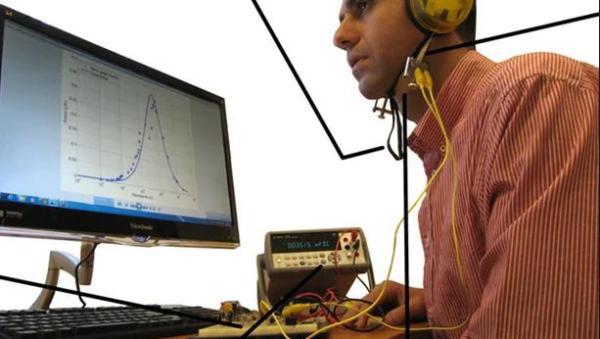 I can’t wait to see what they come up with next!