Much of their product is being used at home

Saudi Arabia was the world's largest oil producer for many years, until the U.S. finally surpassed their average 9.22 million barrels a day between 2006 and 2014.

Naturally, the supply glut has kept prices at prices at the pump low, which in turn has led to an increase in demand.

The Saudis, however, have something bigger to worry about... 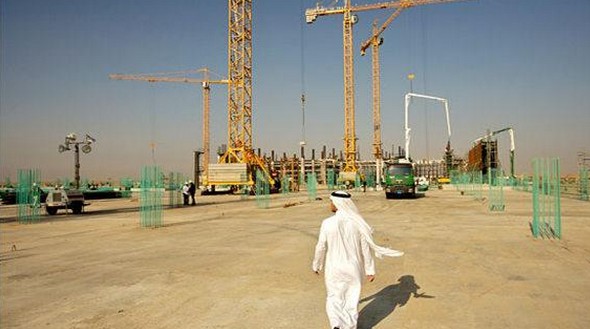 Saudi Arabia's population has risen 17% over the past 10 years, with domestic energy demand increasing about 8% per year for the past 3 years.

The execs at Saudi Aramco are estimating that by 2030, the country could be consuming 8.2 million barrels a per day.

Not only will this demand increase drain the amount of oil that could potentially be exported, but Citigroup estimates that at these rates, Saudi Arabia will be importing oil by 2030.

Currently, one-quarter of Saudi oil produced is used domestically, and more will be needed in the future. And as you know, boosting production also requires huge investments in the country's oil infrastructure.

And the U.S. shale boom is still holding the price of oil down near $60 a barrel, making exports more necessary than ever for the previous oil masters. 90% of Saudi revenue comes from their oil exports.

Click here to read the Wall Street Journal article. (May require a subscription to read in full.)