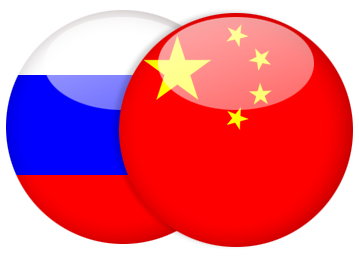 Russia has agreed to supply China with 475 million tonnes of coal over the next 25 years.

In a new deal between the two countries, China will provide Russia with a $6 billion loan to finance the development of several coal projects into large-scale mines.

The announcement followed a conference on energy cooperation in Blagoveshchensk, which was attended by Sergei Shmatko, Russia's energy minister, and Zhang Guobao, director of China's National Energy Administration.

Agreements have been reached on supplies of at least 15 million tonnes of [Russian] coal to China over the next five years and at least 20 million tonnes per year afterward.

China's $6 billion loan will be secured by the Russian coal exports. The money will be used for everything from mine development and construction to the building and expansion of transportation infrastructure.

During the first half of 2010, Russia exported 6 million tonnes of coal to China, making it currently the fourth-largest coal exporter to China.

In addition to securing markets between the two countries, the trade agreements provide for the joint-ventured development of the Ogodzhinskoye coal deposit in the Amur region in Russia's Far East, which borders China.

Russia and China have also agreed to conduct a preliminary feasibility study to set up another joint-venture for the development of a coal-to-liquids project in Russia.

It's no wonder why China is interested in Russia's coal supplies. Russia is home to the worlds' second-largest reserves of coal and is the world's third-largest exporter of black coal, contributing to about 11% of the global supply.

The significant volumes of coal exports to China makes this market one of the most attractive and strategic markets for Russia's coal industry.

Some of the country mineral reserves are so plentiful – like Russia's palladium reserves – they've enabled Russia to almost completely control certain markets.

In fact, over 50% of the world's palladium supply comes from just three sources in Russia.

All told, Russia's natural resources are worth some $200 trillion by some estimates.

In my latest free report for Wealth Daily, I discuss Russia's palladium industry and give the details of a special domestic investment idea that I believe is set to increase ten-fold as palladium prices increase.

You can read my special free report right now by clicking here or going to the Wealth Daily website and search for the title: Palladium Outlook for 2011.