Rockets and Reactors: Will This Save the World or Destroy It?

That’s the trillion-dollar question this week. In terms of energy, the world is at a crossroads.

Despite what overly optimistic politicians might claim, renewables like wind and solar aren't ready to power our sprawling electrical grids... not even if they wish for it really hard. If you ask the experts, a majority of them will agree: We can’t have emission-free electricity without nuclear reactors. They can provide a level of steady baseload power that only fossil fuels can match.

Just ask Chinese President Xi Jinping, who visited Kazakhstan recently to source an unprecedented level of uranium — only nuclear power can save the world.

On the other side of the coin, Russian rockets are falling closer and closer to Ukrainian reactors — first at Zaporizhzhya, now at Pivdennoukrainsk.

Recent escalations have already prompted the U.N. to install its own team of watchdogs. Ukraine is unsurprisingly accusing Russia of “nuclear terrorism.”

That’s no exaggeration. Nuclear disaster is a very real possibility here, even with neither side explicitly using nukes.

As always, nuclear energy itself remains neutral. But in the wrong hands, it’s become one of the most dangerous political weapons on Earth.

That’s not something you'll hear me say often. I’m a huge supporter of nuclear power and a huge opponent of those who wield it irresponsibly

That being said, our current reactor design is an enormous security risk. A meltdown at a facility like the two in Ukraine could spread radiation across Europe and even into Russia.

The reactors themselves are shielded with multiple feet of concrete and steel, but the facility still needs outside power as a safety feature. Unfortunately, electrical grids tend to be less than stable in active war zones.

On top of that, the rest of the facility is usually out in the open. The safety mechanisms and cooling structures aren't equipped to stop missiles. 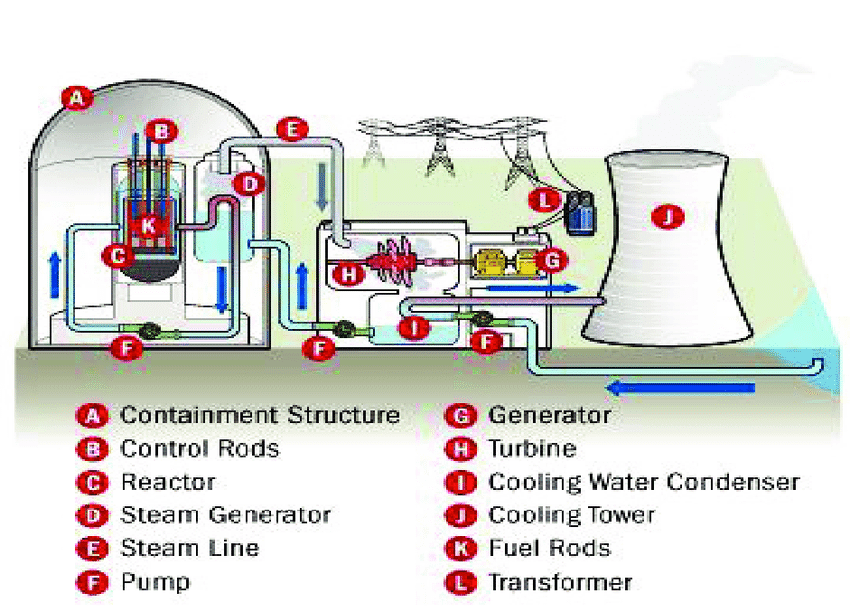 The enormous construction and maintenance expenses have forced many aging plants around the world to close. Now, the threat of those facilities becoming targets could stall future investment.

It’s becoming clear: The problem lies in the execution, not the concept.

Active cooling mechanisms require power. In the event the plant shuts down in a hurry, they are the last line of defense against complete meltdown.

Passive cooling systems, on the other hand, use natural pressure to recirculate coolant — no human input required.

These systems also don’t go offline during a power failure. The newest designs are still in development, but they could theoretically keep running even under direct attack.

Take a look at the design below. Does anything strike you as different? 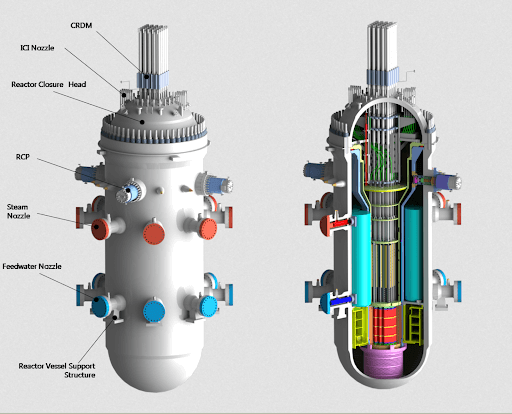 For one, it’s much smaller — especially compared with the enormous cauldrons that measure hundreds of feet.

It also has fewer moving parts, all of which are internal. The system is designed to immediately shut itself down if temperatures reach unsafe heights. There are no pumps that can fail and no operators to make catastrophic mistakes.

It’s the next wave of nuclear power. While the concept was practically nonexistent 10 years ago, investor interest has since exploded. Look at how many different designs are currently under development. 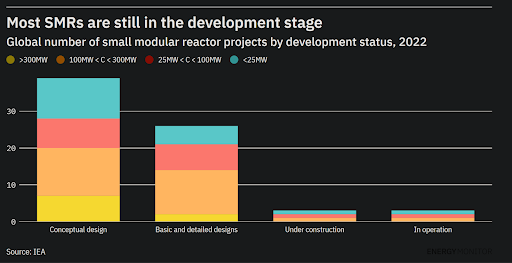 From a scientific perspective, the technology is sound. China is already operating the world’s first commercial reactor, with many more on the way.

The reactors — and the special fuel that powers them — are already a sizable market: $3.5 billion as of 2020. By the end of the decade, analysts expect to see that market reach $18.8 billion.

Investing in tech this young can be risky if you don’t know what to avoid. There are a few critical mistakes that early investors make.

If you’re looking to bank enormous returns on the power of the future, watch this entire presentation before making a single move.