Record Investments for Renewables in 2015

Energy markets may look bleak, but these technologies are still looking good.

This includes wind and solar power investments, as well as investments in other clean energy technologies, such as electric vehicles.

Tesla and one of its growing competitors, NextEV achieved funding rounds of $750 million and $500 million respectively.

With the growing need for connectivity in energy, there was a focus on energy efficiency software in addition to the new hardware investments.

For instance, Generate Capital, an investment firm in San Francisco, put $150 million into small scale hardware-software energy projects. Some of these were less energy-intensive LED lights and energy storage batteries for entire buildings.

Individual home solar installations took off last year as well. House and ground-level solar panel systems brought in some $67 billion. The U.S., Japan, and China were the top countries for such installations.

But it wasn't just the individual projects that saw new interest in 2015... 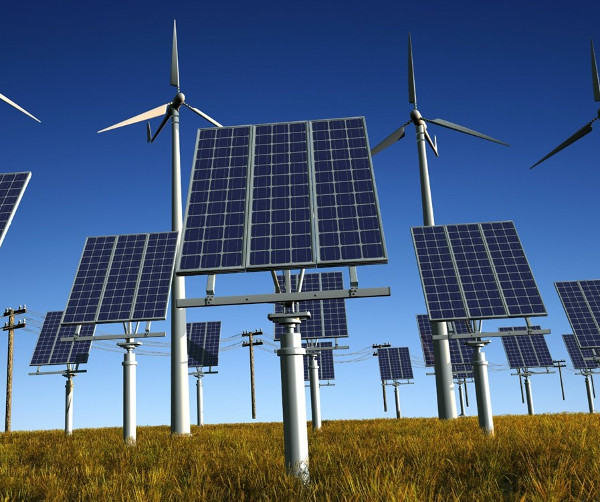 Large-scale projects popped up all over the world throughout the year, driven in no small part by the global initiative to cut carbon emissions and bring cleaner energy production online.

As much as $200 billion was invested in industrial ventures. These were intended to provide renewable energy to large utilities rather than individual consumers.

For reasons made startlingly clear by the string of Red Alerts in Beijing, the bulk — about one-third of that amount — went to China.

Both solar and wind projects saw a boost in China, and investments came not only from the country itself, but from the U.S. and several European countries.

Offshore wind farms found funding easy to come by as well. Despite the previous concerns about the cost of offshore energy production, such farms are being placed around England, Germany, and China.

Further large-scale projects included a solar farm in the Southwest U.S. and a major geothermal energy project in Turkey.

Altogether, these various investments added up to a record $330 billion put toward clean energy in 2015.

And that trend isn't likely to stop. Even fossil-fuel heavy countries like China, India, and Saudi Arabia are looking to add to their renewable energy capacity.

And, of course, the U.S. just extended its renewable tax credits, which will ensure ongoing investments in new projects for years to come.