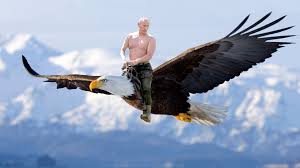 Putin has been riding sky-high ever since the March 2014 annexation of Ukraine’s Crimean Peninsula, which Russians embraced as a restoration of their place at the table of superpowers. Neither Western sanctions nor an economy in the doldrums nor NATO’s bolstering its presence along the borders have been able to dislodge Putin’s support ever since.

Putin has stirred up nationalism in order to consolidate political power as well as achieve his territorial goals in Crimea and Ukraine. It has worked.

Over the last year, oil prices have fallen by 50%. This should be troubling for Russia, as it gets more than half of its government revenue from oil. But Putin gained during that period. In fact, over the last year, he has increased international trade agreements — not with Europe, but with Asia and the Middle East.

It is no wonder Russia is pivoting to the East... That's where the money is.

According to a report released by BCG and reprinted in the Economist:

Last year, global private wealth grew by 12%, or $17.5 trillion, to reach $164 trillion (in stocks, bonds, savings and cash) according to a report released this week by BCG, a consultancy. Good news for many, but particularly for Asia, where private wealth grew by a whopping 29% compared to 5.6% in North America and 6.6% in Europe.

For the first time in modern history, Asia is now richer than Europe. And it is catching up with North America too; by 2019 the region’s wealth is expected to reach $75 trillion compared to $63 trillion in North America.

Over the past year, China and Russia have signed a number of loans for oil deals. In May, China loaned Sberbank 6 billion yuan — just shy of a billion dollars.

This is just one of many deals, which include pipelines, jumbo jets, high-speed rail, and joint energy projects. I wrote about this last week in a piece about China's New Silk Road. 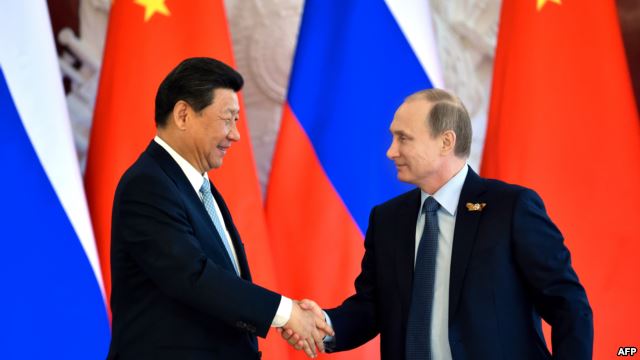 What is new this week is a report that for the first time, Russia now supplies China with more oil than Saudi Arabia.

Russia was China’s largest supplier of crude oil for the first time on record in May, as Moscow looks beyond Europe for customers and grows its ties in the east.

The country leapfrogged Saudi Arabia, the world’s largest oil exporter, sending almost 930,000 barrels a day to China, up 21 per cent since April, according to customs data published on Tuesday.

Sino-Russian ties have warmed as sanctions over the conflict in Ukraine have strained Moscow’s relations with the west.

Analysts said the data were the result of a string of oil-for-loan deals that China, which is in the process of overtaking the US as the world’s biggest importer of crude, has signed with Russian oil companies including state-backed Rosneft.

It should be noted that all of these Russia/China deals are conducted in Chinese yuan, not the dollar, which has fueled speculation on the death of the petro-dollar and thus America's unique standing as the currency of last resort.

I'll talk more about this next week. Today, I'd like to point out another interesting tidbit on Putin's international deal-making...

The Revenge of Saudi Arabia

U.S. President Barack Obama has changed alliances in the Middle East for the first time in 50 years. He has pivoted away from Israel and Saudi Arabia, while making a mess of Libya, Egypt, and Syria.

In turn, he has sought favors from America's traditional enemy: Iran.

While U.S. Secretary of State John Kerry is MIA with a bicycle injury, Israel and Saudi Arabia have held five secret meetings over the last year. The Saudis have said they will allow Israel to use their airspace to attack Iran. There is also talk of the Saudis recognizing Israel's right to exist. 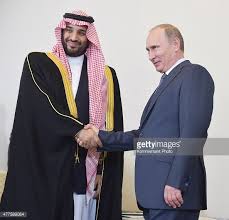 Never one to miss an opportunity in alliance seeking, Putin has just met with Saudi Prince Mohammad in St. Petersburg on June 18.

Together these two nations account for a quarter of the world's oil output, and they just decided to form partnerships for energy projects.

Russia’s Energy Minister Aleksandr Novak said his country was not looking to replace its existing oil and gas partners but wanted to create newer ones.

Russia needs money and long-term deals. Saudi Arabia burns a great deal of its oil to produce electricity and wants to build 20 nuclear reactors for domestic electricity use. Russia has the nuclear technology.

In return, the Saudis would invest in Russian shale and offshore drilling. Putin picked up a massive amount of potential oil and gas in the Black Sea after he annexed Crimea.

The EU has forbid any investment in this area. Saudi money would help. There is also the possibility of oil price co-ordination between the two big oil powerhouses.

Time will tell. But for now, it would appear that Putin is winning.