Logic is finally returning to the oil markets, and it’s not looking pretty.

Let’s consider the situation so far: when OPEC first announced that it was discussing a cut in the group’s oil production, there was some well-deserved skepticism going around.

But oil prices inched up all the same, which meant someone was buying the story.

The the situation got even more unlikely when non-OPEC member Russia threw in its lot with the cut.

Both Russia and Saudi Arabia cutting oil production together? Preposterous!

But the market bit, and prices jumped again.

Finally, at the end of 2016, OPEC, Russia, and a handful of other non-OPEC members agreed to cut production by 1.8 million barrels per day. This year, the deal went into effect, and prices finally rose and have stayed near $50.

But far from being the saving grace these beleaguered oil superpowers hoped it would be, the production cut turned into just the boon U.S. shale needed to get back on the horse. 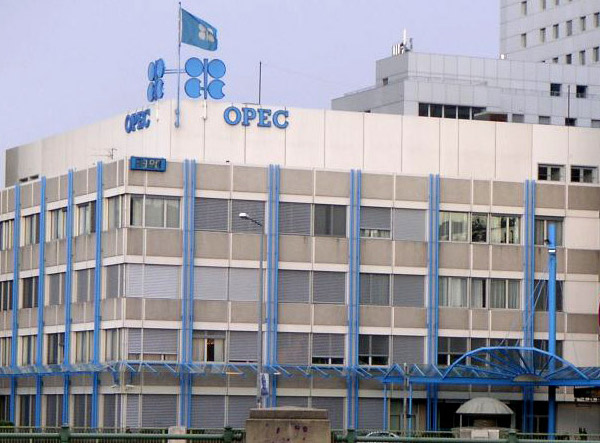 Though U.S. oil and gas was hit just as hard when prices dropped, it didn’t take long for the country’s industry to recover once oil started rising again.

And worse (for OPEC anyway), promises of extending the cut are no longer enough to keep prices above $50.

It was a mistake, it seems, to exclude any of OPEC’s members from the lowered production quota, as proven by the increased production in both Iran and Libya that’s severely limiting the effects of cuts elsewhere.

And more than that, U.S. shale is proving to be much more resilient than anyone expected.

Well, anyone but me and my readers, of course.

We’ve been watching the story unfold from the Permian Basin of West Texas, where both rig counts and production numbers have been climbing all year.

In fact, production in the Permian was climbing even during the rout when oil hit a low of $28 early last year. Low production costs and massive reserves kept the area going strong even as producers across the country faced bankruptcy or complete shut-downs.

Now, the companies that have lasted this long are raking in the profits as OPEC continues to flounder.

It seems like the cut just isn’t cutting it for the oil market anymore.

In hindsight, the deal was only going to do so much for the cartel and its partners anyway. As Commerzbank analyst Eugen Weinberg is quoted as saying in a recent Reuters article: “At some point, the market should recognize OPEC isn’t the most important player in the market anymore. That is non-OPEC and above all, U.S. shale.”

This Oil Stock Could Double by 2018
After going on a shopping spree the past four years, management at this Canadian oil company is ready to use all those assets to ramp up production. That's going to mean big profits for investors who get in now...
Will OPEC’s Extension Stop U.S Producers?
Energy and Capital editor Christian DeHaemer explains why OPEC's production cuts won't help them recover...
Five Reasons the Oil Recovery is Taking Its Time
Energy and Capital editor Keith Kohl explains the top five reasons why oil prices haven't skyrocketed overnight and where smart money is looking for the next big payout.
Hydrogen Fuel Cells: The Downfall of Tesla?
Lithium has been the front-runner in the battery technology market for years, but that is all coming to an end. Elon Musk is against them, but Jeff Bezos is investing heavily in them. Hydrogen Fuel Cells will turn the battery market upside down and we've discovered the tiny company that is going to make it happen.