When I first started in this business more than 20 years ago, the first major financial meltdown I witnessed was the Asian Contagion of 1998. This was a time when emerging markets took on too much U.S. dollar denominated debt. Their currencies went the wrong way and they couldn’t pay it back.

Ironically, this led to revolution and a flowering of democracy from South Korea through Indonesia. The old and corrupt were tossed out, and a new breed was installed.

About this time I met a man named Hobart who summered in Kodiak, Alaska, and summered again in New Zealand. He was a gambler, bush pilot, and teller of yarns.

When people were on the streets burning cars and tossing tear gas, he went to Jakarta and started buying up shares of just about everything for pennies on the dollar. He didn’t make his fortune in those six months, but he made his fortune much larger.

Emerging market stocks have been out of favor for more than a decade. No one wants to own stocks in companies that used to feed the China Growth Machine when it has bent a tie rod. But things are changing, and emerging markets’ stocks have never been cheaper.

For starters, the global supply chain has shifted. Companies that once put all their eggs in the China basket have come to realize that trade wars, intellectual theft, and other high-handed Chinese tactics have become a hindrance and have started to diversify away from the Middle Kingdom.

According to Reuters, neighboring countries are luring companies away from China.

Malaysia set up a panel to fast-track investments to woo businesses, and said it approved more than $500 million in proposals this month.

Countries are selling less to China and more to the United States, the UK, and Russia. Companies like Puma, Gap, and Macy’s have moved out of China.

Other areas of Asia are not only less expensive but also more welcoming. And as we know, money goes where it is treated best. Supply chains are moving to places like Vietnam, Bangladesh, and Indonesia.

Not all emerging markets are created equal. Indonesia has treated investors very well. Over the past 10 years, the Jakarta Composite Index has climbed from a low of 1,264 to 6,146 points where it is today.

Indonesia has a lot of things going for it, not least of which is a large number of working class people, especially those between 20 and 45. It also has very few retired folks. This is a striking difference to China, Japan, and Europe. 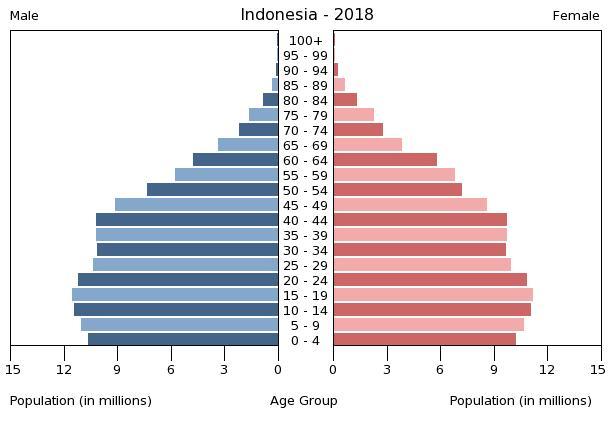 Indonesia was hit hard by the Asian Contagion of 1998 and again by the Great Recession of 2008. In response, they made laws to become more fiscally responsible.

Indonesia has set aside 10 trillion rupiah ($708.72 million) as a buffer for fiscal risks next year, a 43% increase from such an allocation this year, due to global economic uncertainty. The recent budget had a fiscal deficit of just 1.8% of gross domestic product, which was designed to anticipate a global economic slowdown.

The buffer can be used if any of the government’s macroeconomic assumptions misses forecasts, affecting revenue collection or ballooning subsidies.

Indonesia is growing more than twice as fast as the U.S. The Economist lists Indonesian GDP growth in Q2 as 5.0, and 5.1 is expected next year. Consumer prices were up 3.5%, falling to 3.1% next year. Unemployment was 5.0% in Q1.

Only the Philippines has a faster GDP growth number. The country’s currency appreciated last year, up 5.4% against the dollar. Interest rates are at 7.3%.

In Indonesia, the dollar goes far. According to the Economist’s Big Mac Index, you can buy the burger at a 60.5% discount from the United States. Meanwhile, China is 46.9% undervalued. This gives you more bang for your buck if you are building a factory in Indonesia rather than in China.

On a side note, only Switzerland is more expensive than the United States, which is a poignant point regarding the strength of the dollar, as well as speculation about a return to the mean.

Indonesia is experiencing rapid growth. Coal consumption, a gauge of electricity produced, has doubled in the last 10 years. Other factors such as consumer confidence, employment, and foreign direct investment are also trending higher.

In the next issue of Bull and Bust Report, I’ll tell you how you can profit from Trump's trade war and the shifting supply chains out of China.