Politics Killed the Pipeline, Not the Profits

“OPEC absolutely loves Obama right now,” I was told over the phone this morning.

The guy on the other end of the line isn't even from the United States. In fact, he was calling from two hundred miles north of the Montana-Canadian border.

Despite his lack of citizenship, I quickly found out why he has a vested interest in the mess our politicians are making here in the U.S...

When pressed for more details, he laughed right into the receiver: “Shoot, I'd even vote for him if I could! Fact is, he's going to make a lot of us up here a lot of money,” he said with confidence.

It was hard to argue with that when I knew perfectly well he was being truthful.

I've had that feeling ever since the Keystone XL project started hitting snags.

When Obama first announced he would delay the decision, it was only a matter of time before he caved to the pressure.

And to be fair, can we really expect anything less during an election year?

It turns out the uproar over the project centered around the section of the pipeline running across Nebraska and the Ogallala Aquifer: 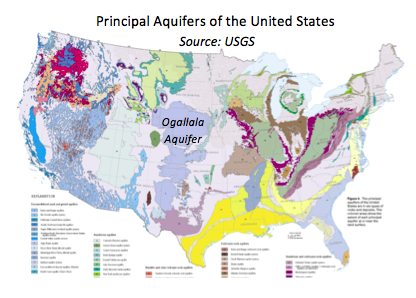 The opposition insists an oil leak here would be devastating to the water supply. And yet, the 25,000 miles of pipeline already in place (2,000 miles of which are located in Nebraska) isn't drawing their ire.

For the record, that's 730 billion barrels of oil that cross the entire aquifer each year (again, more than 100 million of that figure travel through Nebraska's portion).

This isn't a sudden brand-new issue at play; oil has been piped across the aquifer for decades.

No, there's a much bigger reason Obama fumbled this decision...

Why OPEC Cast Its Vote for Obama

You see, the environmentalists weren't the only ones protesting the pipeline, clapping with joy when Obama rejected TransCanada's application on Wednesday.

He had the full support of OPEC, too.

Even Chavez was secretly wiping the sweat off his brow. After all, an additional 830,000 barrels of Canadian oil per day flowing south into Texas would mean our oil imports from Venezuela would be the first on the chopping block.

Why would that put Chavez in a bind?

We've been doing a fairly good job of limiting our exposure to Venezuelan crude over the last few years:

We know that Venezuela's oil supply isn't the most attractive around — and it doesn't hold a candle to the light, sweet stuff flowing from areas like North Dakota.

And if you want to see how crucial the quality is to refiners, call to mind the situation that unfolded last summer when Libya's oil production was shut-in.

In good form, the Saudis decided to pick up the slack until Libya's exports could get back up and running. The problem, unfortunately, was that many of the European refineries weren't able to handle the low-quality crude that makes up Saudi Arabia's spare capacity.

This is what it all comes down to: more Canadian oil means less from more volatile sources like OPEC.

Normally, we could just end things here. What was a no-brainer for Obama turned out to be a disaster.

But why would the government be worried about shunning Canadian imports? Canada really has only one true customer, right?

We've grown so accustomed to Canadian imports that we're taking them for granted.

And that that could be the worst mistake we ever make.

Politics Killed the Pipeline — Not the Profits

Look, it's no shock my hockey-loving friend was still excited after the Keystone pipeline rejection.

Companies like Enbridge already have a plan in motion. Instead of relying on the United States, they're ready to connect to a whole different oil-consuming beast.

And that project just got a little boost of support from the Canadian government.

Earlier today, he was quick to point out that “the 'decision' by the Obama administration underlines the importance of diversifying and expanding our markets, including the growing Asian market.”

And there you have it, folks.

Harper spelled it out, plain as day...

If the U.S. doesn't want it, China will get it.

Next week, I'll show you exactly which Canadian oil stocks will make investors a hefty profit when this Canadian-Chinese relationship blossoms.