Planned Obsolescence: Don't Waste Your Money on These Products

And that's on purpose.

I remember the very first conspiracy theory I ever heard. My grandmother told me someone long ago invented a carburetor that would enable a vehicle to get over 100 miles per gallon.

She said oil companies bought the rights to the invention to suppress the technology, ensuring more repeat business and higher revenues.

Of course, that claim has been debunked many times. The truth of the story is this:

Canadian mechanic and inventor Charles Nelson Pogue filed a series of U.S. patents between 1927 and 1935 for a so-called “miracle carburetor” that would allow a car to get up to 200 mpg. But he never let anyone see this miracle, there were no independent tests to validate this claim, and it was quickly debunked.

A little more than a year after those patents were filed, engineer P. M. Heldt wrote in Automotive Industries magazine, “The sketch fails to show any features hitherto unknown in carburetor practice, and absolutely gives no warrant for crediting the remarkable results claimed.”

But the story was too good for people to forget. And it was passed down from generation to generation. Nevertheless, it, like most other conspiracy theories, was just an urban legend used as a coping mechanism to deal with problems that seem impossible to solve. (It's worth noting I was told this story shortly after the oil crisis of the 1970s.)

Manufacturers do, in fact, use a variety of different methods to intentionally shorten the life spans of their own products, forcing consumers to become repeat customers earlier than necessary. The end result is more profit for the company at your expense.

It's a concept called planned obsolescence. Some products are simply designed to fail. And this concept is in no way a new or recent feature in society. Everyone reading this grew up in a world where companies have purposely built products that were designed to fail.

The idea began way back in the 1920s. And since then, consumers have been forced to replace products earlier than absolutely necessary.

The first well-documented case of planned obsolescence involves control over the manufacturing and sale of light bulbs. 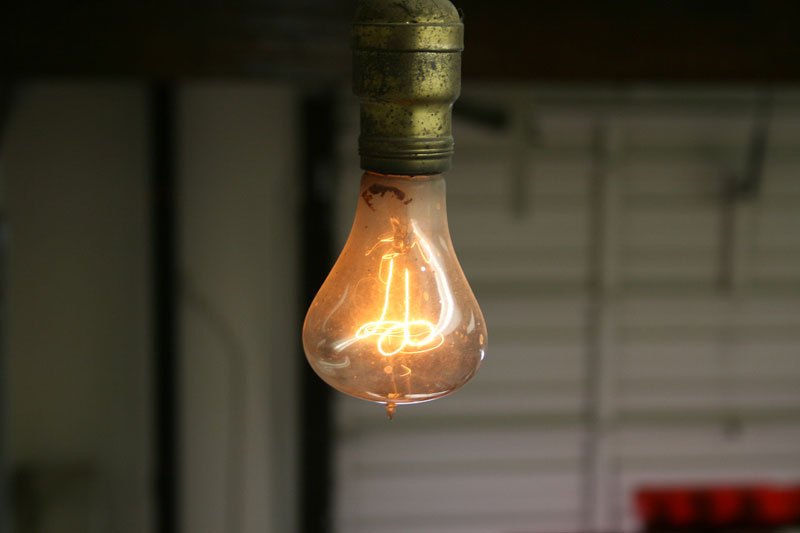 This light bulb is known as the Centennial Light. And for good reason. Believe it or not, this light bulb has been burning continuously since 1901.

Yes, you read that correctly: This light bulb hasn't burned out in 118 years. It has burned through two world wars, two presidential assassinations, the moon landing, more than a dozen market crashes and recessions, the Beanie Baby craze, 9/11, and a disappointing Seinfeld finale.

The Centennial Light hangs in a fire station in Livermore, California, where a webcam now streams live video of it 24/7. Not surprisingly, the light bulb has already outlived two webcams.

This light bulb was manufactured in 1895. Its filament was invented by a Frenchman, Adolphe Chaillet. And to this day no one knows the formula for the filament. But a much bigger secret is how the humble light bulb became the first victim of planned obsolescence.

In the early 1920s, light bulb manufacturers including Osram, Philips, Associated Electrical Industries, General Electric, and others created what they called the Phoebus cartel.

The purpose of this cartel was to implement planned obsolescence into the manufacturing of light bulbs. Cartel members conspired to decrease the life span of light bulbs, standardizing them at 1,000 hours.

At the time, many manufacturers were offering bulbs that would last 2,500 hours or longer. And as we know from the Centennial Light example, light bulbs could be manufactured to last much longer.

Yet the cartel had other plans. They argued that a 1,000-hour life expectancy for light bulbs saved energy. (Sound familiar?) But of course the entire plan only forced consumers to become repeat customers earlier than necessary.

The Phoebus cartel has been defunct for decades. But the concept of planned obsolescence lives on as a completely legal practice in the United States and elsewhere around the world. Of course, we now have antitrust laws that prevent companies from colluding to fix markets. But a single manufacturer working alone can still intentionally shorten the life span of its own products.

With all this in mind, I want to wrap up today by quickly looking at five products that are designed to fail and on which you should not waste your money.

Don't Waste Your Money on These Products

People have a tendency to believe that just because a product is expensive it will last longer. And while that may be true for some products, this is absolutely not the case across the board — particularly when talking about consumer electronics.

Computer technology is always improving. But manufacturers don't rely on innovation to drive sales. Instead, computer makers use system obsolescence through system updates and new required software to get consumers to buy new computers sooner than they should need.

What do you do next? Buy a new computer.

Spending thousands of dollars on a top-of-the-line computer is simply a waste of money. It's going to be obsolete in a few years anyway.

What costs almost as much as a computer and breaks twice as often? Smartphones.

The newest iPhone 11 models cost over $1,000. Yet there's no doubt that in just a few years, they'll be as useful as a brick. If you need a new phone, don't waste your money on the latest models. You can pick up an iPhone 7 for under $200.

Many printer models are not only designed to fail by using cheap parts, but they also contain kill switches that will automatically stop all functionality after they've been used so much.

Manufacturers call it a safety feature. This kill switch will activate after a printer has been used enough to potentially fill their waste ink reservoirs.

What's worse, many consumers have discovered that the kill switch in their printers was triggered long before these waste ink reservoirs are actually full.

Don't spend a lot of money on a printer. It's just going to break soon anyway.

Quite frankly, there's really little reason to even own a television anymore. But there's even less reason to spend thousands of dollars on one. Every movie and TV show ever made can be found somewhere on the internet.

If you've shopped for a television recently, you've noticed prices have dropped significantly over the past few years. But you can still spend thousands of dollars on a new TV if you were so inclined. 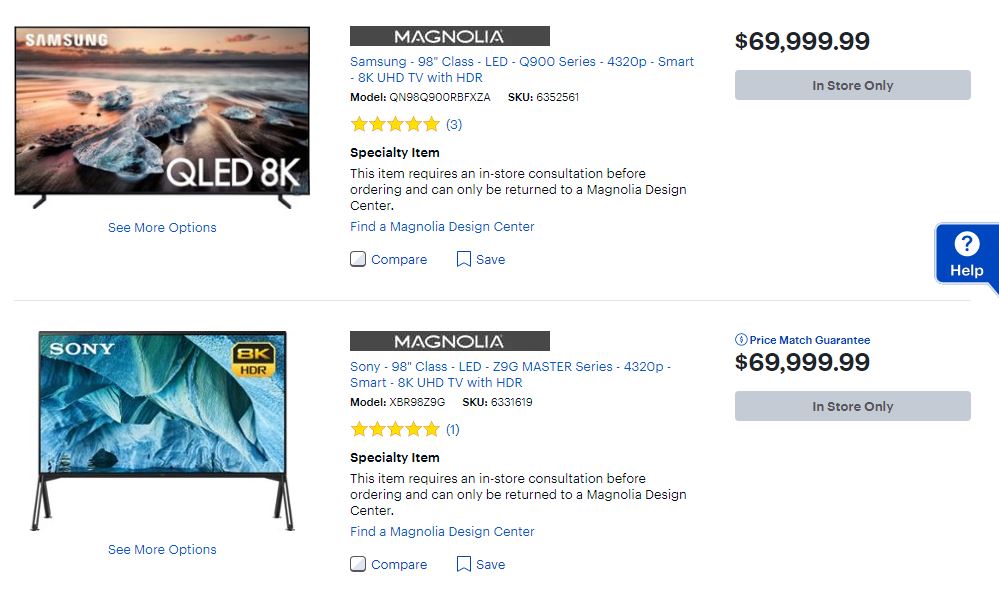 Spending a lot of money on a product is not a guarantee it will last you any longer, especially consumer electronics. That's a myth manufacturers want you to believe. Don't. Spend your money wisely.