There seems to be a debate about Peak Oil around every corner.

It isn't the dispute itself that irks us. Rather, that people look at the developing situation and still refuse to accept the facts.

Some of the reasons not to worry are downright laughable, including one I just got wind of that involved oil fields magically replenishing themselves once depleted.

The real offenders are the ones who have no idea how tight the world's oil supply will become over the next few years. They firmly believe a global peak in oil production is decades away.

I hate to be the one to tell these folks the peak may already be behind us...

For how long will the Saudis be able to bail out global production?

And there are other problems with this oil they're saving for a rainy day.

No matter how optimistic the Saudis are about their spare capacity, the fact is this isn't the same light, sweet crude that makes our refineries drool. The only oil available is the sour crude that's more difficult to refine.

How can we be so sure of that?

With nearly two million barrels per day of Libyan crude shut-in, the Saudis have been saying for months they would be willing to help ease that burden by producing more. They've already reported the majority of their spare capacity comes from oil with higher sulfur content.

But many of the European and Asian refineries can't handle this grade of sour crude.

Keep in mind the Saudis are one of the few oil producers with membership to a rare club. Less than fifteen of the world's oil-producing countries have not peaked — yet.

By now, we've all heard about the IEA's decision to release 60 million barrels of oil from various strategic petroleum reserves around the world, coming mostly from China and the United States.

Despite drawing anger from the OPEC, the IEA is setting itself up for another predicament further down the line.

The IEA already stated this SPR release is only intended to “help bridge the gap until sufficient oil” is found. And that begs the question of whether or not we'll ever be able to sufficiently produce enough oil...

Meanwhile, production won't come anywhere close to that number. Global production is only expected to reach ~89 million barrels per day.

Just so we're clear with things, this SPR release was a one-time deal intended to bridge the gap until more oil is available...

Yet, supply will still be short?

Is this just an exercise in futility?

At this point, a better question to ask yourself might be if you're prepared for Peak Oil.

Let's look a little closer to home. We've all seen the nightmare-inducing chart showing the peak in our domestic oil production.

If you really want to know when we began flirting with disaster, it was actually two decades before our peak.

U.S. oil production hasn't been self-sustaining since the 1950s, and the gap has been widening ever since. 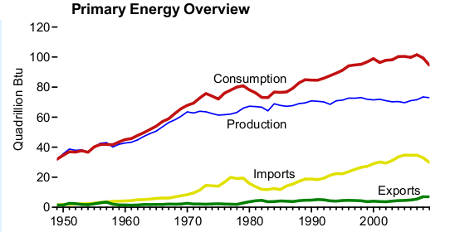 Not to spoil the hopes and dreams of every alternative to oil, natural gas, and coal...

But are we really surprised by how we are meeting that demand? 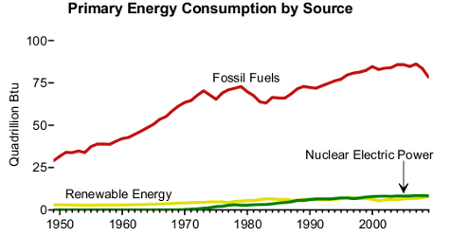 And just like the sour grade of the Saudis' spare capacity, tomorrow's oil won't be the same as today's variety.

That's one of the reasons light oil plays are so valuable to today's investors.