Palladium is breaking all the records.

The price of palladium has increased over 250% in the past 24 months and is now sitting at an all-time high at just over $1,800 an ounce — almost twice the price of its sister metal platinum.

But before you jump in on the momentum, there are several things you should know.

Both palladium and platinum are used for many things. But the main application for both metals is in catalytic converters on automobiles.

These metals act a bit like a sponge to soak up hydrocarbon emissions. Palladium, for instance, can absorb as much as 900 times its own weight in hydrocarbons. That makes these metals ideal for automotive catalytic converters.

This substitution between the two metals alters the supply/demand dynamic, and prices are affected accordingly. And this is nowhere more clearly seen than in the platinum/palladium price ratio. 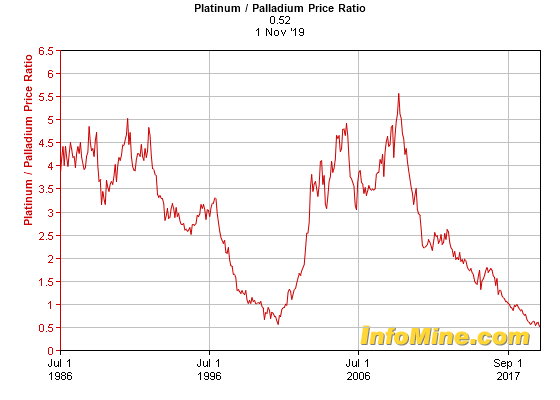 In recent years, palladium and platinum have exchanged places as the world's most expensive precious metal. And now that palladium has taken the throne, it's almost certain that catalytic converter manufacturers will begin to switch back to platinum.

So instead of jumping in on the momentum of palladium, investors are much better off buying platinum right now.

Investing in either platinum or palladium can present problems. They're both expensive to buy, investment options are limited, and liquidity for physical bullion can be a problem.

Another option is platinum ETFs. But due to fees, holding a platinum ETF over the long term isn't very appealing.

The premium for platinum bullion typically starts above 10% over market price and only goes higher from there. Compare that to physical gold bullion, which generally carries premiums around 5% over market price.

Moreover, liquidity can be a problem. There are many dealers who sell platinum, but not all will buy your platinum back. You don't want to get stuck selling your platinum on eBay. So if you do decide to buy platinum, make sure you have a plan to sell it first.

Still, holding a little platinum bullion isn't going to kill you. And it will mostly be the easiest and most affordable platinum to hold over the long term. So what should you buy?

There are actually a bunch of platinum bullion products. But the only two worth your time are American Platinum Eagles and Canadian Platinum Maple Leafs. 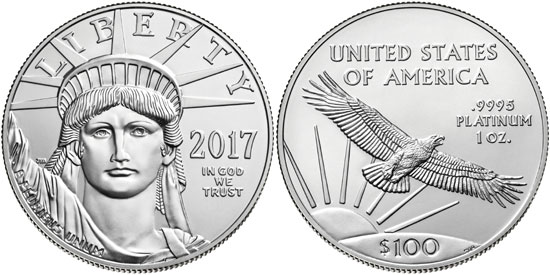 There are a dozen highly reputable online bullion dealers you can buy these from. Their prices vary depending on how many you buy and how you pay. So shop around before hitting that buy button.

Buy a few platinum bullion coins, sock 'em away in a drawer somewhere, and wait until you start reading headlines about platinum prices.