Own Cybin Inc. (OTCBB: CLXPF) Before It Gets Uplisted

Last week, psychedelics company Field Trip Health (CSE: FTRP) (OTC: FTRPF) announced that it had been approved for an uplisting to the Toronto Stock Exchange.

This isn’t necessarily a criticism of the CSE. In fact, without the CSE, many of today’s publicly traded psychedelics stocks wouldn’t exist. But psychedelics companies looking to utilize public markets to gain access to capital and liquidity can’t get very far on the CSE because CSE-listed companies cannot access institutional money. And without institutional money, it’s very difficult to raise the cash necessary to build these companies — particularly those that require the massive amounts of capital to move their drugs and treatments through FDA clinical trials.

Now, I’m not saying that CSE-listed companies need to be avoided. Assuming they have an OTC listing where U.S. investors can take part, you can do quite well. That’s certainly been the case with Field Trip Health, which has performed quite well this year. 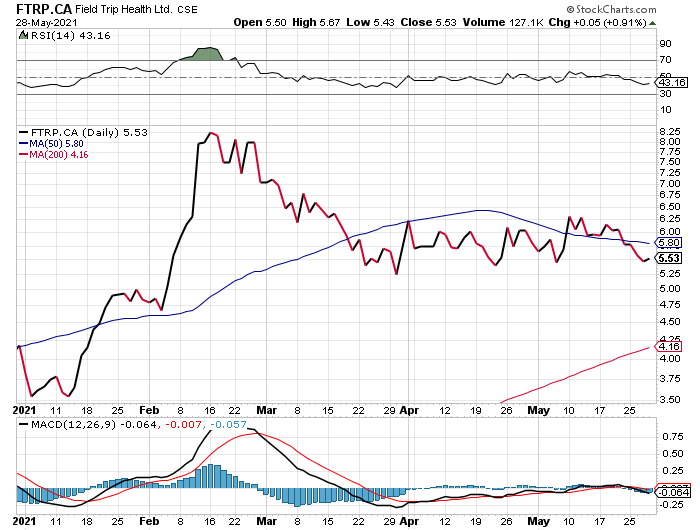 I suspect that Field Trip will get a very nice bump when it does move to the TSX, similar to the way we saw MindMed (NASDAQ: MNMD) get a nice bump just prior and up to the day of its uplisting to the Nasdaq. 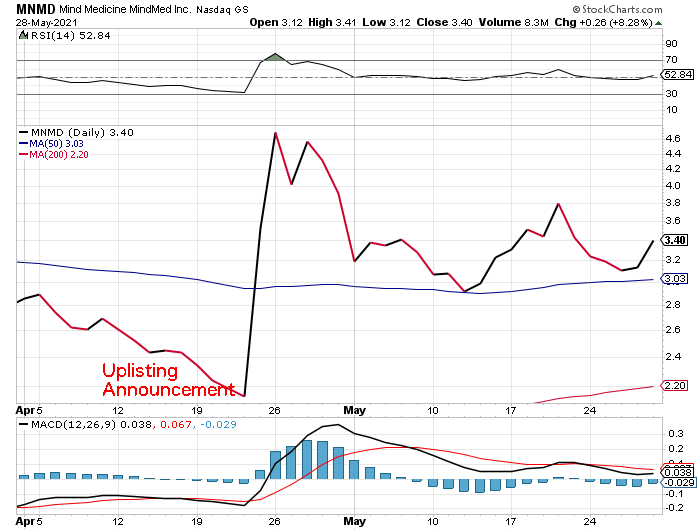 Of course, it’s not about those quick bumps on uplisting announcements. It’s about what these uplistings can provide for these companies — and of course for you as a shareholder.

This One Is a No-Brainer

Well-funded and currently trading on the Nasdaq, MindMed now has the ability to access more capital and liquidity than it was able to access on the NEO exchange, which I might add is superior to the CSE but still limits U.S. investor involvement.

While I certainly have exposure to a couple CSE-listed psychedelics stocks, the lion’s share of my psychedelics investments are focused on the companies that are either already on senior exchanges or soon will be. Because that, quite frankly, is where you’re going to get the most bang for your buck.

Following in the footsteps of Field Trip and MindMed, Cybin Inc. (NEO: CYBN) (OTC: CLXPF) will likely be the next psychedelics company to uplist to a senior exchange. I personally own shares of Cybin, and even beyond the initial bump in share price it’ll likely get on that uplisting, I’ll continue to hold the stock since it will likely do very well as the psychedelics market heats up even further this year.

Make no mistake: When it comes to the $121 billion mental health market, psychedelics will be the most disruptive industry we’ve seen in more than five decades. And if you don’t believe me, just look at the numbers for yourself.

Or better yet, check out some of the companies that are already crushing it.