Lola said something witty in Italian before pouring the first of what would be many bottles of Tuscany Rosso, though we didn't know what it was at the time...

We were dining at Cinghiale, one of Cindy Wolf's restaurants on the water in Baltimore. Lola was as charming as she was graceful and the food was excellent. I would recommend the duck.

The crowd included Nick Hodge, editor of Energy and Capital, and Brian Hicks, owner of Angel Publishing. We were talking business with Bob Wilkie from First Federal, a company that trades in precious coins.

It turns out Bob is a collector of NFL trading cards. He was excited about a big convention in town this weekend.

Bob will be the first to tell you that you can't make money on football trading cards. He does it because he enjoys it.

He went on to say that everyone is a collector of something, and this led to a flurry of protests, which were eventually overturned...

It turns out Nick owns the mother lode of fishing lures. And after some mental calculation, I reckoned I owned ten bicycles (how did that happen?).

Being investors, the conversation naturally turned to value...

People have offered $450 for my high school bike, a Schwinn Traveler in good condition.

This Heddon Dowagiac Perfect Surface Casting bait slope nose minnow bass plug is selling for $700 on eBay right now (though I couldn't begin to tell you why): 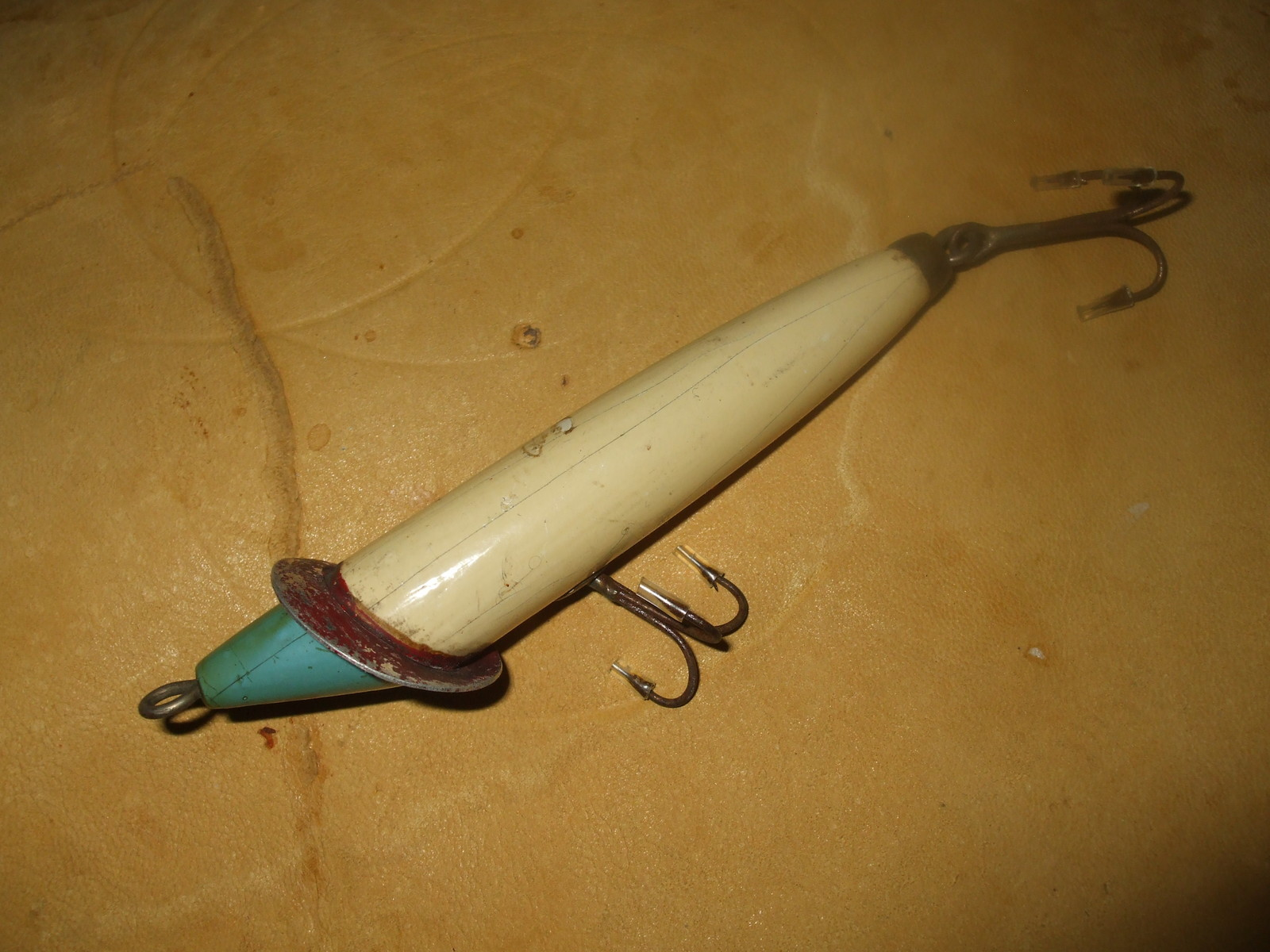 According to Yahoo Sports, the Sid Luckman 1948 football card with the yellow background is worth $71,800.

It helps that Sid was the best Chicago Bears quarterback of all time, but the cards from 1948 with the yellow background are worth the most, simply because they made fewer of them.

Why is a piece of sixty-four-year-old cardboard worth so much money?

The obvious answer is that it's worth what someone is willing to pay.

If you are a collector from Chicago, this particular card it would be the crème de la crème of your collection.

As the food courses went past — grilled calamari with parsnips, risotto with mushrooms, wild rockfish — we talked coins versus bullion.

As you know, I've been bullish on gold all summer based on the charts as well as underreported demand from China. Earlier in the week, the gold and silver charts broke out of their trend to the upside.

The great thing about gold and silver coins is that they have their basic worth as a metal: An ounce of gold is worth an ounce of gold regardless of its form.

Silver and gold coins also have the added kicker of being a collectible.

Now, I understand that few people have the wherewithal to pony up half a million dollars for a silver coin — no more than anyone can just buy a Honus Wagner baseball card (valued at $1.2 million).

The goal in collecting rare items is to buy not what is hyper-valuable now, but what will be valuable in the future.

That's a lot of money for an eight-year-old quarter.

Coins are graded from MS0 to MS70. For example, a new penny from the bank will be MS60. MS70 coins are perfect and rare — and therefore command the highest prices.

Bob's business is to find these rare coins in enough quantity to sell to the public.

It's my job to tell you about valuable assets with a clear catalyst for profit...

I encourage you to take a look at this opportunity and judge for yourself.

Basic Financial Advice
"You Americans all want to get rich quick and easy," she continued. There's a time and a place for that, Yuliya went on to say. But first you have to start slow.
Global Nuclear Investment Opportunities
How to invest from the meteoric rise of the global nuclear market.
China's Natural Gas War
One set of natural gas investments is proving the long-term value in natural gas.
Oil and the U.S. Dollar
Energy and Capital editor Chris Nelder examines the relationship between oil prices and the U.S. dollar, the yen carry trade and the credit market, and concludes that we must be near a floor for oil prices.
Hydrogen Fuel Cells: The Downfall of Tesla?
Lithium has been the front-runner in the battery technology market for years, but that is all coming to an end. Elon Musk is against them, but Jeff Bezos is investing heavily in them. Hydrogen Fuel Cells will turn the battery market upside down and we've discovered the tiny company that is going to make it happen.