“Experts” who claim to be in favor of sustainable power are hell-bent on destroying the world’s best chance for limitless, carbon-free electricity.

Right now, a former leader of the wolf pack is rearing his head into the news cycle. Gregory Jaczko, Obama-era former Nuclear Regulatory Commission (NRC) chairman, is waging his own private war against nuclear power. 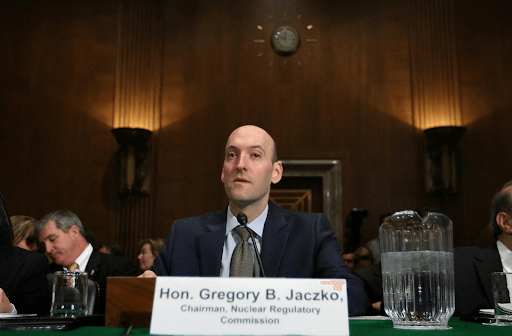 Jaczko has been using his prestigious former title to score points with the press, earning him an instant platform to rail against nuclear power. After all, it's tempting to believe someone with a degree in theoretical physics and three years of top-level regulatory experience.

The press is already eating up Jaczko’s words. If you're not familiar with who he is and how he operates, his statements could easily sway any fair-weather nuclear supporters.

Before we break down exactly what Jaczko is saying, I think it’s more prudent to explain why he said it. If you dig deeply enough, the root of the problem is the same as always: money.

These are the types of enemies that nuclear power is up against.

I See Right Through You, Honorable Chairman

President Barack Obama appointed Gregory Jaczko as chairman in 2009, where he remained until his resignation in 2012. During his relatively brief time there, nearly everything he did was at odds with the organization’s purpose.

He was frequently the only dissenting vote on new reactor construction. Despite agreements from his cohorts, Jaczko would frequently use his considerable influence to derail proceedings.

When all else failed, Jaczko would lament the steep price and long construction time each reactor required. Then in the same breath, he would argue for more needless red tape — ensuring reactors could withstand aircraft crashes, for example.

When he was unable to get his way through legitimate political maneuvering, Jaczko would use certain… extrajudicial tactics.

In 2011, NRC Inspector General Hubert T. Bell officially accused Jaczko of "strategically" withholding information from his fellow regulators. His endgame was to obstruct the creation of the Yucca Mountain Nuclear Waste Repository, a project designed to safely dispose of hazardous nuclear waste.

Coworkers have reported him to superiors for incessant bullying, frequent emotional outbursts, and an inability to properly communicate with almost everyone he came into contact with — especially his female subordinates.

He frequently calls the U.S. nuclear program a “complete fiasco,” ignoring the partial blame that overbearing regulators such as himself so clearly deserve.

Incompetent management and rampant fraud were the real deal breakers in the situations he specifically references. Anyone who has worked a day in their life knows those problems aren’t unique to the nuclear industry.

While we’re on the topic of fraud and corruption, it’s probably important to include more details about Jaczko’s current projects.

The former chairman is currently the founder and CEO of Maxean Energy, a consulting firm that specializes in renewable energy projects. 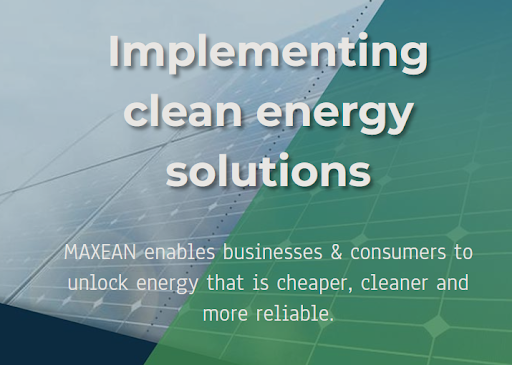 A perusal of his content-starved website shows that he offers vague promises about every form of clean energy except for one. I wonder if you can guess what it is…

Using a political office as a springboard into the private sector is turning into a de facto retirement plan for washed-up politicians. Whether Jaczko personally opposes nuclear isn't really important — we can clearly see where his loyalties lie.

Jaczko doesn't currently hold public office, so his powers of persuasion are limited to however far his former title will carry him.

But he serves as an important reminder to always dig deeper into political decisions. History has shown that some representatives are willing to sell out their integrity for a pitifully small amount.

Truthfully, I believe nuclear power faces such stiff opposition because the energy establishment is terrified of losing its grip. Nuclear energy threatens the incalculable investment these companies have already made, and right now they're fighting for their lives.

The two arguments that come up in every single nuclear debate are cost and safety. Opposing nuclear power has become so simple it's practically formulaic: Exaggerate the cost (preferably something in the double-digit billions, for maximum effect) and then whine about Chernobyl/Fukushima. 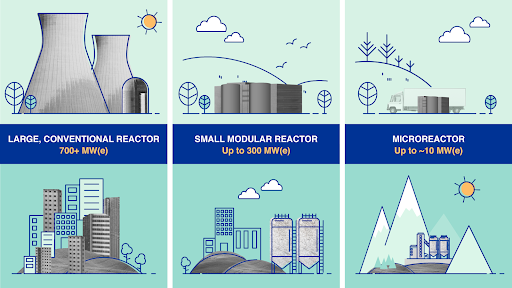 After all, reactors are essentially just complicated water heaters. The real magic — and, admittedly, the real danger — lies in the radioactive fuel source.

What Jaczko might not be aware of, however, is that nuclear fuel has changed significantly since his time in office. The newest design currently in development from one small company is totally unrecognizable to the untrained eye.

And we’ve been tracking the development of a fuel design that will make Jaczko and his anti-nuclear cronies eat their words.

You have to check this one out for yourself…

Let me show you all the details we’ve learned so far about this next-gen nuclear fuel that’s quietly gaining steam worldwide.