Can 66 Million Frenchmen Be Wrong?

“The nuclear sector is ripe for the picking...”

That's what I was told earlier this morning. I know plenty of people think that's a crazy notion — after all, I was one of them just a short while ago!

Fact is, nuclear power has a strong stigma attached to it. And even without the powerful images of mushroom clouds over Hiroshima and Nagasaki, there hasn't been a shortage of negative press since the incident at the Fukushima Daiichi reactor.

But I know at least one person with a different outlook on the matter.

So when I made a few decidedly neutral remarks on nuclear power earlier this morning, I knew it was only a short matter of time before I felt him tap my shoulder.

You see, my colleague Chris DeHaemer overheard my comments and decided to change my line of thinking.

Admittedly, I wasn't buying it at first.

Now, there's no question that nuclear power got off to a good start. Nuclear power's share of electrical generation quadrupled between 1973 and 1988.

But it's also accurate to say that that share has been relatively flat for the better part of the last 26 years. 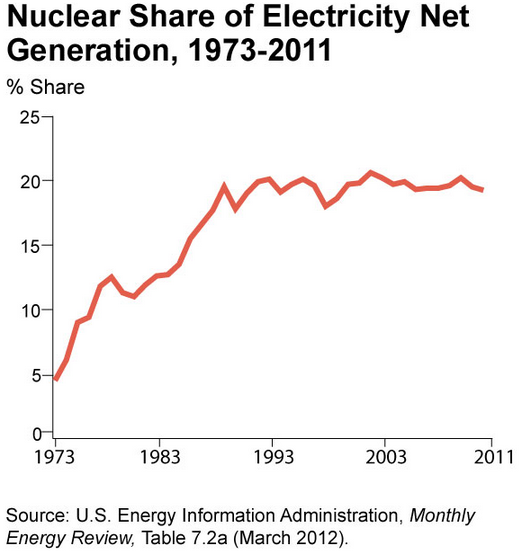 I told Chris as much. “We've simply gotten too comfortable with coal during the last thirty years that people haven't called for a huge push for nuclear power. The bad press in 1979 didn't help much either.”

“Yeah, well,” he said, “comfort is the enemy of achievement, but it's going to be a catalyst for us.”

Can 66 Million Frenchmen Be Wrong?

With about 100 commercial reactors at 62 power plants, the U.S. produces almost twice as much nuclear electricity as France (which generates nearly three-quarters of its power from nuclear energy).

Still, the share of nuclear power generation has averaged around 20% since 1988. Meanwhile, we've become addicted to coal.

But it isn't a secret that the coal industry is on the ropes. Recently, the ongoing war on coal intensified after the EPA announced new regulations on carbon emissions. 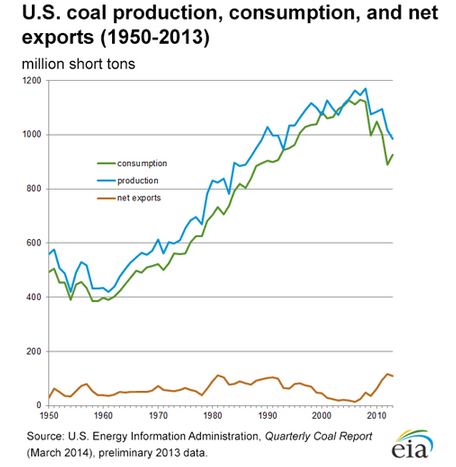 Soon, our coal plants will become a relic of our energy past.

In turn, we're going to have to boost our nuclear power generation. And as it turns out, we're not the only ones looking to do so.

By the end of 2013, China had 17 nuclear plants online, which generated a trivial 2% of the country's power generation — but that amount is about to surge. Right now, China has 20 reactors under construction, which is not to mention the other 175 reactors either planned or proposed.

Tapping the Wonder Vein: The $3 Path to Nuclear Profits

Back in the office, Chris wasn't fazed by the decades-long plateau in U.S. nuclear energy. He even smiled when I brought it up.

“You of all people should see the potential here,” he said.

You see, he's been looking for the right opportunity inside the nuclear industry. And based on the knowing smirk he gave me this morning, I knew he'd found it.

Thing is, we're all forgetting one major part of the nuclear story: efficiency.

Actually, boosting a nuclear power plant's efficiency is only half of the story. Not only does the company he found help nuclear power plants increase electrical generation by as much as 30% for new reactors, but it also helps them reduce both waste and toxicity of spent nuclear fuel.

The real wild card, however, is further down the road...

Experts refer to it as the “wonder vein” that will catapult the nuclear industry into the global spotlight. In fact, one ton of this nuclear fuel can produce more than 200 times the amount of energy as uranium.

Compared to coal, it's not even close. A single ton is equivalent to 3.5 million tons of coal.

The best part is that it is almost four times more abundant than uranium.

Right now, Chris's tiny nuclear player is trading under $3 a share, and he's on the verge of releasing his latest investment report that reveals all the details behind this up-and-coming nuclear powerhouse. Look for his report to hit your inbox on Thursday.