Last month, the general consensus was that oil prices were heading for $100 a barrel.

But then the bottom fell out, and oil dropped by 20% to $60 a barrel. What happened? It was the old whipsaw.

At first, investors thought Iran sanctions would go into effect and take 2.5 million barrels off the market.

The sanctions did go into effect, but there were also eight country waivers that made the sanctions moot.

Furthermore, the U.S. is pumping more oil than it ever has, and rig rates are up again. In addition, the pipeline gooseneck has ended. So, more oil is making its way to the market.

This means the U.S. will pump even more oil over the next six months.

On top of this, Russia is hitting production records. And Saudi Arabia not only says it's pumping as much as it can, but it's also talking about ending OPEC.

Though today, the Saudis reversed course and said they were cutting production starting next month by as much as 500,000 barrels a day. This pushed oil up a measly $1.50.

Add to this the economic slowdowns in China and Europe, and the situation in oil still seems to be heading for lower prices.

Oil might be down, but natural gas is cooking. NG is up 35% in the last two months. 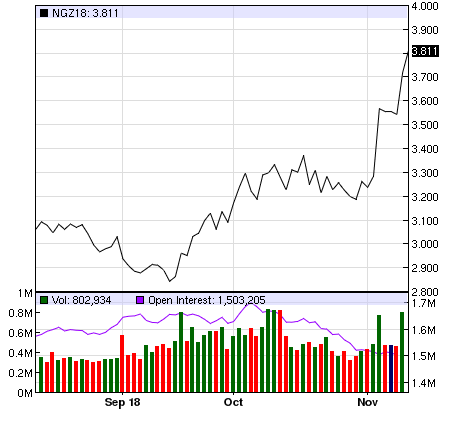 On October 26th, I put out this trade in Crisis and Opportunity:

For years, the most consistent trade in the world was natural gas (NG). You'd buy it in August and sell it in February when it got cold in Chicago, which is where the Mercantile Exchange (CME) is.

This trade worked for 18 years in a row until fracking started and NG prices fell from $12 to $3.

But things are changing yet again. The U.S. has started exporting NG. And for the first time in years, the amount of NG we have in storage is 16.8% below the five-year average: 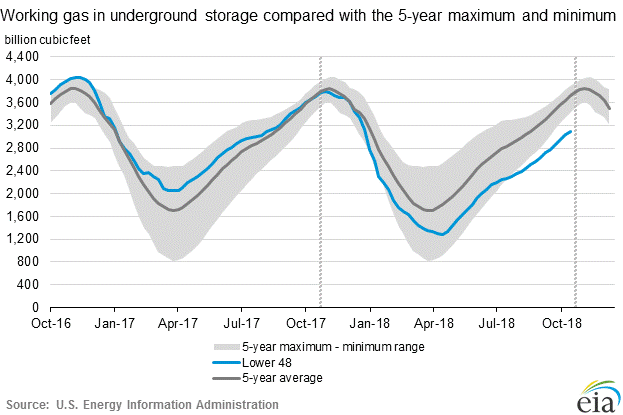 Meanwhile, the National Oceanic and Atmospheric Administration (NOAA) is predicting an El Niño wintertime weather pattern. And that will cause a cold and wet year for most of the country, especially in the North and the East — the parts of the country that use the most NG. 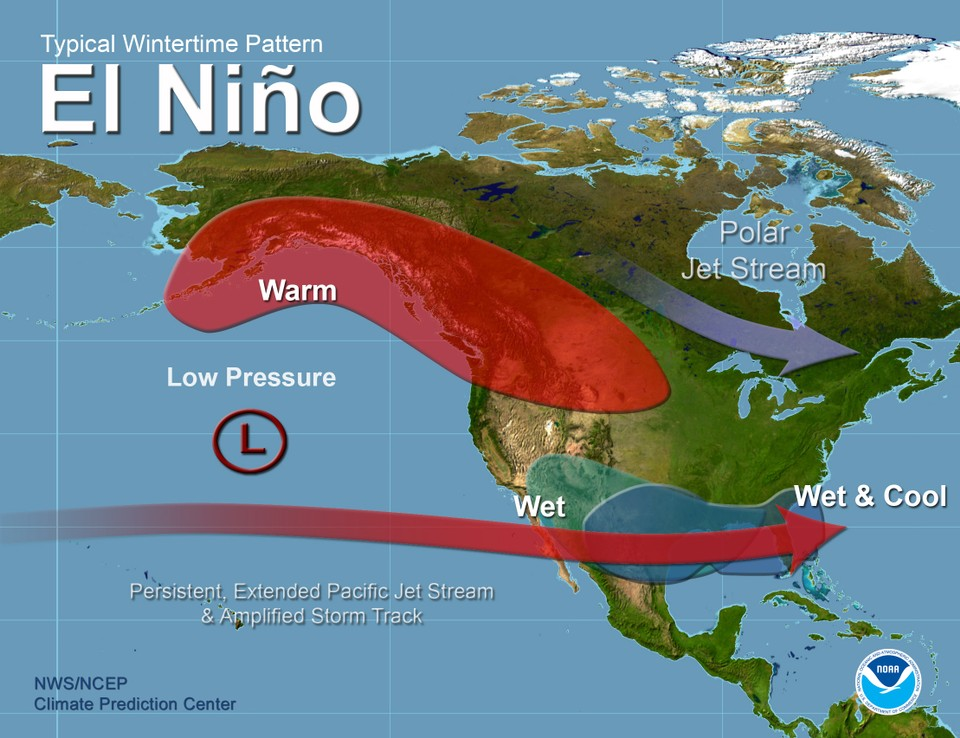 The way to play it is to buy the Velocity Shares 3x Long Natural Gas ETF (NYSE: UGAZ). It goes up and down at three times the price of NG.

It looks like a pretty good time to buy it below $81. In January 2016, the ETF traded at $500. So, if we get a cold snap in the Northeast, this trade could triple your money.

UGAZ is now trading at $131 and running higher. It still has some room to run, but be careful — UGAZ can go down three times as fast as natural gas prices as well.

Plan to sell in late January.

If you like these types of ideas, you should join my monthly newsletter. I can’t wait to tell you about the fantastic opportunities there are in coal.