Canada might be ruffling a few eagle feathers, as a new reports show it just gained a major leg up in the race for natural gas against the likes of the U.S. and others.

A new study published Wednesday by Canada’s National Energy Board, together with British Columbia and Alberta regulators, claims new Montney Shale estimates more than double the amount of natural gas resources in the British Columbia province. 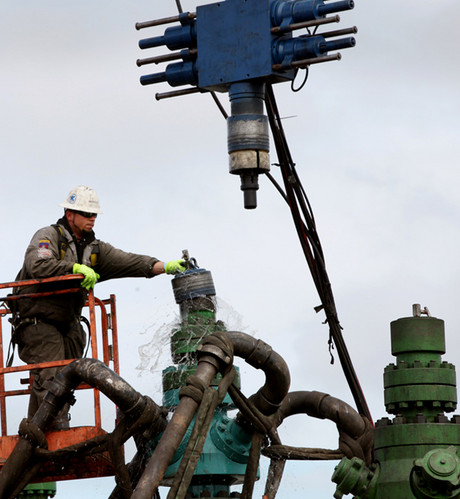 This would give British Columbia a clear cut advantage in its quest to lead a new liquefied natural gas (LNG) export industry to the Asian market.

The Montney Shale formation lies in the northeastern part of British Columbia and flows into Alberta, and if these new reserve estimates are correct, it could supply the amount of gas Canada consumed in 2012 for the next 145 years. That’s bigger than both the Marcellus and Haynesville shale plays in the U.S. and in line with some of the world’s biggest gas fields, like the Urengoy in Russia and Qatar’s monstrous North Field.

This is the first time recoverable unconventional gas and oil potential was evaluated in the Montney Basin.

Those who were part of the evaluation knew they would uncover large results – the Montney is a large formation, after all – but this much was a total surprise.

The play is in its early stages of development; like I said, this is the first time a lot of the surveyed area has even been evaluated. Of the 449 trillion cubic feet, there are 14,521 million barrels of petroleum liquids and 1,125 million barrels of oil available for consumption, according to Financial Post.

The U.S. Energy Administration puts proven reserves – those that have already been drilled – at a more conservative 61 trillion cubic feet.

But if we look at other studies – the Ziff Energy Group assessment, in particular – they put technically recoverable gas reserves in the Montney at 150 trillion cubic feet.

So you can see these assessments can be very different from one another. But even if the Montney didn’t live up to its new hype, it’s still a huge play with tons of potential.

The British Columbian government is expecting LNG to create more than 100,000 jobs and to eventually eliminate its massive debt.

International energy giants are primed to develop the region as well, with hopes to ship its supplies to Asia.

As energy companies continue to mount up and position themselves with land rights, the economy is set to thrive for many years to come when it takes off. The more than $50 billion in debt realized by British Columbia today will be a mere afterthought when that happens.

Both British Columbia and Alberta have lagged behind other Canadian jurisdictions in developing shale gas resources, but with one flick of the switch, things will be very different.

Companies like Chevron Corp (NYSE: CVX), Royal Dutch Shell (NYSE: RDS-A), Exxon Mobil (NYSE: XOM), and even Malaysia’s Petronas are all diligently snatching up land to be right there for the taking when this whole thing erupts.

Therein lies only one true question: when will this happen?

We still don’t know how many export projects will be built. While all these companies are hoping it will happen, the dozen or so plants proposed for the West Coast have yet to be sanctioned. And thus, we are all still wondering when the route to Asian markets will truly open up.

Until then, the Montney will continue early stages of development where it is still actively being drilled and tested. Early indications show that the Montney has liquids such as butane and propane that command a higher price at market. And while low gas prices in North America have stifled some operations, the Montney is going stronger than ever because of its rich natural gas liquids.

And with this latest study it only shows that there is more of it than previously thought.

With these new estimates, Western Canada has the potential to produce as much as 632 trillion cubic feet of natural gas, maybe more. And that number is likely to rise as development continues.

Barring any setbacks, and if the wheels can keep spinning, the Montney is right where we want to be.

The race is on!