Why Montana Oil Profits Won't Leave Investors Out in the Cold

We can't help but feel sympathetic for Montanans.

Much like the rest of the country, Montana's oil production was in a downward spiral for as long as anyone could remember.

But at the turn of the century, good news finally struck. (Remember, we're talking years before the shale revolution began — nearly a decade before the USGS's reassessment of the Bakken formation in 2008.

The newfound success was thanks to the discovery of the Elm Coulee oil field, located in Richland County on the eastern edge of the state, in 2000. 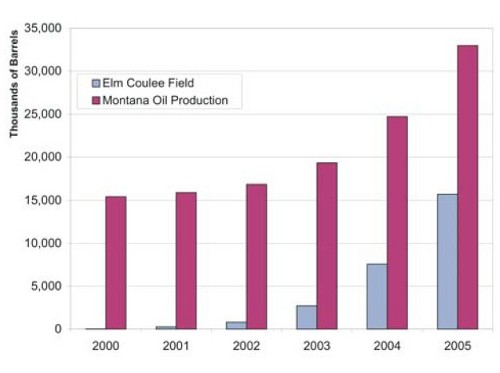 By June of 2006, Montana reached the 100,000 bbls/d mark for the first time in history (with more than half of that amount coming from just Elm Coulee).

A year later, the field was considered the highest-producing onshore field in the lower 48 states discovered since 1950.

Despite the good news, state production fell by more than 30% over the last five years. And at the same time, Montanans had to sit back and watch neighboring North Dakota's fame and good fortune take off...

For the good folks of the Treasure State, the grass really was greener on the other side. And the economic impact has been nothing short of a miracle.

The reasons for Montana's envy are many:

Then there's the nearly billions in revenue the state will make over the next few years...

And North Dakota residents are getting wealthier by the day. According to the U.S. Dept. of Commerce, personal income in the state grew by 6.9% in the first quarter of 2011 compared to the fourth quarter of 2010...

Tack on the fact that all this growth isn't slowing in the slightest...

With more than 10% of all the oil and gas rigs in the United States drilling on the western side of North Dakota, it's only a matter of months before it surpasses the production rates of Alaska and California.

Investors Won't Be Left Out in the Cold

We've said so before, but Montana has become the forgotten step-child of the U.S. oil boom.

Which is just one of the reasons why most investors won't see these profits coming.

All the telltale signs of an upcoming boom are there, and I believe some of the best sleeper picks for 2012 and 2013 will come from the Treasure State.

This may be the year that Montana regains some of the spotlight.

We've been following the increased activity in Montana's oil and gas industry throughout 2011, and certainly won't be surprised if the state doubles — or even triples — current production in the next three years.

As you can see below, the number of oil rigs drilling on Montana soil has surged 137% compared to last year: 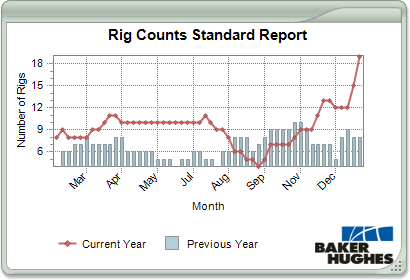 Although it's nowhere near the number that North Dakota has, it's a good sign going forward.

And some of those drillers have been very successful. Several months before it was bought by Statoil for $4.4 billion, Brigham reported a new record initial production rate for its Johnson well in Richland County, Montana.

All the major Bakken players have a stake here, from Continental Resources to Whiting Petroleum.

Of course, both of those Bakken investments have panned out well for early investors: 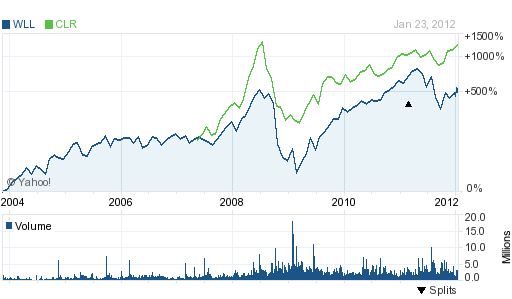 Seeing both of those Bakken stocks nearly double since early October, most people think they've missed out.

What they don't realize, however, is that the next stage of the U.S. oil renaissance is only beginning...

Pipeline Straight Talk
Here's some rare straight talk about the Keystone XL pipeline, which would carry oil from Alberta's tar sands to refineries and distribution hubs in Illinois, Oklahoma, and the Gulf Coast.
Investing in Oil and Gas Infrastructure
There's a safer way for investors to find oil profits...
Another Date Which Will Live in Infamy?
There are people hard at work to make sure that we never need to depend on things like the Strait of Hormuz, Iran, or any Middle Eastern oil-peddling nation ever again... right here in the Midwest.
How Investor's Are Crushing Big Oil
Energy and Capital editor Keith Kohl shows you how investors are consistently outperforming some of the largest oil companies in the world.
Hydrogen Fuel Cells: The Downfall of Tesla?
Lithium has been the front-runner in the battery technology market for years, but that is all coming to an end. Elon Musk is against them, but Jeff Bezos is investing heavily in them. Hydrogen Fuel Cells will turn the battery market upside down and we've discovered the tiny company that is going to make it happen.