One year ago, a letter was quietly signed that didn’t get much attention at the time.

You might’ve seen it, buried under the avalanche of news over whether or not OPEC would finally come to a deal to cut output (they did).

This letter, however, essentially handed over the keys to the Port Arthur refinery to the Saudis.

It’s true, and you can read Shell’s press release for yourself right here. The agreement, which was finalized earlier this month, gave sole ownership of Motiva Enterprises to a subsidiary of Saudi Aramco.

Now, if you’ve never heard of the Port Arthur refinery, don’t feel too bad. I’m consistently met with blank stares whenever I bring it up with someone.

Located in Port Arthur, Texas, the first processing units of this refinery were built 115 years ago. It was a direct response to the Spindletop gusher that was discovered just south of Beaumont, Texas.

Back in 1989, Saudi Refining (the wholly owned subsidiary of Saudi Aramco that I just mentioned) purchased a 50% stake in the refinery from Texaco, which later was bought by Chevron.

Now they have it all.

I have a feeling the Saudis are starting to get tired of carrying OPEC’s dead weight... and you can probably understand why they would want to jump ship...

Will the Saudis Abandon OPEC?

Look, I won’t tell you what decision OPEC will come to at its next meeting on May 25th.

Although that may be the only question OPEC oil ministers are asking themselves, anyone who tells you they know exactly what the Saudis are going to do is lying to you.

You can’t blame either country for the fiery rhetoric, given what’s at stake.

It’s going to come down to who blinks first. 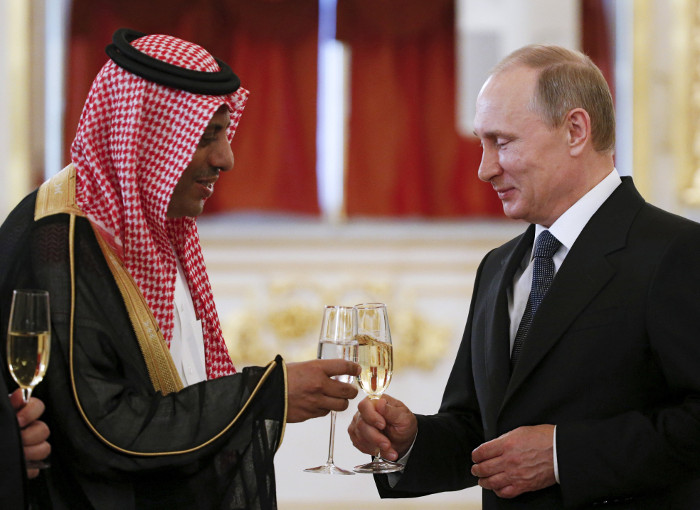 Unfortunately, neither Russia nor OPEC can afford to lose this game of chicken.

And even though Russians may not be able to afford new shoes today, it’s a far cry from the desperation that citizens of many OPEC countries are experiencing.

If you want to know just how bad things have gotten, look no further than Venezuela.

For a country that holds the world’s largest proven oil reserves (300 billion barrels at last count), Venezuela is quickly descending into chaos.

Of course there’s more than meets the eye with this seemingly vast oil resource.

You see, not only has Venezuela’s state-run oil company PDVSA been struggling to keep its head above water during this last bearish cycle, but you have to keep in mind that we’re talking about some of the poorest-quality oil on the planet.

Those words have become a sort of mantra for the House of Saud as of late. Even though the Saudis are still in full control of OPEC, making up about one-third of the oil cartel’s supply, it seems as if the Saudis want to get out of the drilling business.

The deal struck between Saudi Aramco and Shell will wind up being the tip of the iceberg when all is said and done.

If it isn’t just a little unnerving to you to know the Saudis own the largest oil refinery in the United States, remember that we’re talking about a facility that processes 600,000 barrels every single day.

Then again, perhaps it was simply a matter of time before the Saudis made their move. After all, Saudis Arabia has pumped an incredible amount of crude oil out of the Ghawar oil field since 1948.

Anyone else conjuring images of Mexico’s Cinderella story at Cantarell, too?

Are the Saudis really trying to get out of the drilling business?

If things are worse at their fields than they’re letting on, it’s a distinct possibility. Don’t forget that Saudi oilfield data is a closely guarded secret.

Expanding its refining and chemical projects would be a logical first step.