Medical Cannabis Stocks Are Ripe for the Picking

Weed, Money, and Medicine: Why YOU Need it Every Day

While I’m not a gambler, and I’ve never had much use for Las Vegas, Sin City does have one thing I absolutely love... 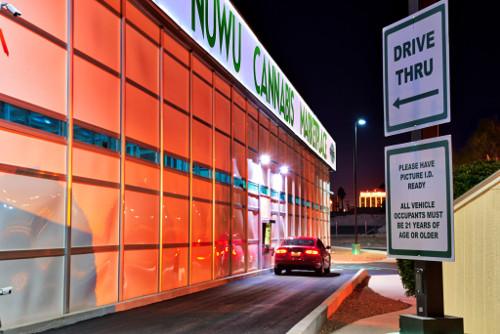 It’s called NuWu Cannabis Marketplace. And it was a sight for sore eyes after I landed at McCarran International at 10:30 p.m., having been up for nearly 20 hours.

My Uber driver took me there first before driving me to my hotel. I picked up a couple of pre-rolls and some edibles for later in the week.

Although I realize most folks might look at this place as if it were a sort of virtual Disney World for stoners, for me, it was more like a 24-hour drive-thru pharmacy.

I wasn’t looking to get stoned. I was looking for something to calm my mind and my nerves. This is primarily what I use cannabis for. When I say it’s medicinal, most of the time, for me, it is.

A few hits off one of those pre-rolls beats the hell of out throwing back a couple of Xanax — and it’s a hell of a lot safer.

Still, when I talk about cannabis as medicine, oftentimes I’m met with suspicion and a bit of eye rolling.

Especially when it comes to investing in cannabis.

Now that the adult use of cannabis is legal in Canada, soon to be legal in Mexico, and now legal in 10 states in the U.S., sometimes it can be easy to forget that cannabis is medicine.

But that’s exactly what it is.

And as investors, we have to remember that there’s a lot of money to be made in medicine.

Sure, the legalization of adult-use cannabis (also referred to as recreational cannabis) is where the mainstream financial media is focusing all of its attention right now. But those who ignore the medical cannabis sector do so at their own peril.

In fact, one of the biggest gains I’ve ever pulled in from a single stock is from a legitimate medical cannabis company called Aleafia Health (OTCBB: ALEAF).

Folks, while most investors have completely ignored this tiny little medical cannabis stock, I’ve watched it deliver gains of nearly 300% this year.

And make no mistake, this thing still has plenty of steam left in it.

It’s a vertically integrated operation maintaining its own licensed facilities, and it’s been landing quite a few major deals that have gone somewhat unnoticed by the “experts.”

This year alone, Aleafia has:

It’s funny, but I know some cannabis stock “experts” who have never even heard of Aleafia, which is really crazy when you think about how well it’s done this year.

But then again, so many folks are so focused on the adult-use sector that they’re neglecting to remember there’s a boatload of cash to be made in the medical cannabis space.

And that’s a shame.

Because had those folks picked up $30K worth Aleafia back in June, they’d now be sitting on nearly $120,000. That ain’t chump change, my friend.

My point is simple: When it comes to making money in the cannabis space, there’s a lot more out there than just the companies that are growing weed. And quite frankly, when the U.S. does finally lift the prohibition on cannabis, it’s going to be the medical cannabis companies that are going to be very attractive acquisition targets for Big Pharma — which, make no mistake, will buy everything in sight... and for a huge premium.

Worth noting, by the way, is that Aleafia has recently expanded its operations in Australia and will likely move into the U.S. market soon.

Of course, Aleafia is only one of a handful of quality medical cannabis stocks out there. In fact, I’ve identified a few more in this investor report.

Medical cannabis stocks are also taking full advantage of the fight against the opioid epidemic.

With the federal government ponying up billions of dollars to fight this thing, don’t think for a second that there aren’t a few opportunities here for medical cannabis stocks. After all, there’s plenty of new evidence to suggest that cannabis legalization can help reduce opioid overdoses.

As reported by cannabis analyst Tom Angell, cannabis legalization has been associated with a decrease in the number of prescriptions, total doses, and spending on opioids among Medicaid enrollees. As well, deaths from opioid and heroin overdoses are lower in counties where medical cannabis dispensaries are operational.

I’ve actually discussed this very thing in a recent investment note I sent out to members of my Green Chip Stocks community. You can check that out here.

No matter how you slice it, the continued growth of the medical cannabis space is going to not only save a lot of lives but also make a lot of people very, very rich.

And if you don’t believe me, you can see the evidence for yourself, which I’ve laid out right here.