Many of my veteran readers can remember the 1973 oil crisis.

I’ll bet a few of you even remember the odd-even rationing strategy that the government employed to combat the gasoline shortages that resulted from the oil embargo placed on us by OPEC.

The idea was simple.

Depending on whether the last digit on your license plate was an odd or even number, you were allowed to buy gasoline on odd or even days. If your mustard-colored Chevy Nova had an odd number, you could sit in line for a few hours and fill up on odd-numbered days of the month. 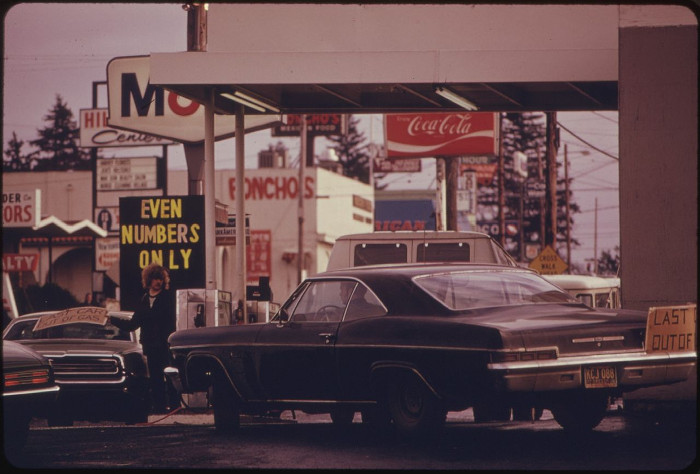 Don’t worry — people with a zero at the end of their plates weren’t left out to dry.

Of course, Nixon’s administration had other crazy schemes to limit oil consumption, like establishing a maximum speed limit of 55 mph.

Not helping matters was the continual decline of U.S. oil production, which had peaked in 1970 around 10 million barrels per day.

What we needed was an oil boom... and it came at just the right time.

Fortunately, the U.S. had an ace up its sleeve at the time.

In 1967, the Prudhoe Bay State No. 1 well struck pay dirt in Alaska’s North Slope, and the oil field was confirmed within 90 days. At the time, it was the largest oil field in North America, with roughly 25 billion barrels of oil in place.

There was just one big problem...

It took 10 years and a crippling oil crisis to get the right infrastructure in place.

In 1974, while many of you (or your parents) were stuck in long gas lines, the Trans-Alaska Pipeline System (TAPS) began construction.

The fears of a seemingly irreversible decline in oil output were swept away as U.S. crude production jumped by nearly half a million barrels per day in 1978.

Sadly, the party didn’t last, and the Prudhoe Bay field peaked about 10 years later around 2 million barrels per day.

To put a little more perspective on this, that production accounted for approximately 26% of U.S. field production in 1989.

Here’s how things have turned out for Alaska’s North Slope since then:

Since that peak in production 30 years ago, output has declined 76%.

And even though about 480,000 barrels per day are flowing out of the North Slope today, there’s one huge catch...

In order to keep the TAPS up and running, there has be a minimum amount of oil flowing through it. When less than 300,000 barrels is flowing through the pipeline, major problems that jeopardize the entire operation will occur.

Will history repeat itself?

Back in 2005, we were importing a record 10.7 million barrels of crude oil every day. Well over half of those imports came directly from OPEC, while U.S. production had fallen to 5 million barrels per day.

You know just as well as I do what happened next.

The tight oil boom that took place was nothing short of a miracle for a country that was undeniably shackled to OPEC oil.

We’re now more than 10 years into this oil boom, and those tight oil resources have become vital to the oil and gas sector.

Let me show you exactly how important they are: 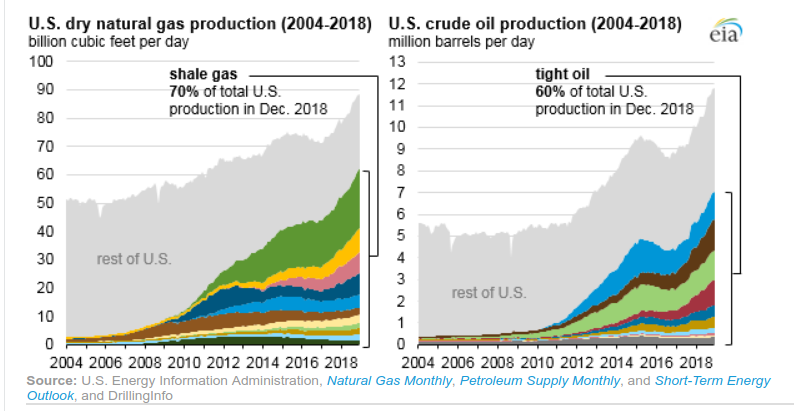 As you can see, tight oil accounts for approximately 60% of total U.S. production right now.

But here’s the thing: Unlike the North Slope, which peaked after a decade of production, this boom is far from over.

In the Permian Basin alone, production will soon top 4 million barrels per day.

Yet, in order to take advantage of these vast oil and gas resources, a massive infrastructure build-out is taking place that is allowing a small group of investors to lock in a generation of new wealth.

P.S. Since you’re a valued member of our Energy and Capital investment community, I want you to have an exclusive sneak peak at a new investment report I’ve been working on that targets a set of investments capitalizing on the infrastructure being laid out right now. You can access this report at absolutely no cost to you right here.

Saudi Arabia's Worst Fears Are Coming True
Energy and Capital editor Keith Kohl explains why the Saudis' worst fears are coming true.
We Can Now Make Oil From Plastic
Plastics went from the lithium of the 1950s to the enemy today. But research out of Purdue University may prevent the coming environmental crisis plastics could create. Energy and Capital editor Luke Burgess explains...
Memory Tricks and Market Psychology
Energy and Capital editor Christian DeHaemer discusses memory gaps by way of the Air and Space Museum, and why this time is certainly not different...
Hydrogen Fuel Cells: The Downfall of Tesla?
Lithium has been the front-runner in the battery technology market for years, but that is all coming to an end. Elon Musk is against them, but Jeff Bezos is investing heavily in them. Hydrogen Fuel Cells will turn the battery market upside down and we've discovered the tiny company that is going to make it happen.