Legal Cannabis and Artificial Intelligence Will Make You Rich

THIS is the next Tesla…

It was during Angel Publishing’s “Profit from the Peak” conference in Philadelphia.

Standing in front of a small group of investors, I showed a video of what I determined would be the next breakthrough in personal transportation: electric vehicles.

Looking back on that day, I think half the room was trying not to laugh, and the other half of the room was waiting patiently for the punch line.

To suggest that anything could replace the internal combustion vehicle — much less something most folks equated with golf carts and remote-controlled children’s toys — seemed absurd. One person in attendance actually suggested that I be careful making such ridiculous predictions.

But the truth is, it’s these “ridiculous predictions” that have led me to huge fortunes.

As you can imagine, my video about electric vehicles included some footage of a little-known company at the time called Tesla Motors. It wasn’t even public yet, and, quite frankly, I didn’t know if it would go public.

All I knew was that this company had invented something that had never been seen before: a highway-capable, sleek sports car that looked and performed nothing like any electric car I had ever seen. No longer could electric cars be trivialized as glorified golf carts. Because this was no golf cart. This was the Tesla Roadster. 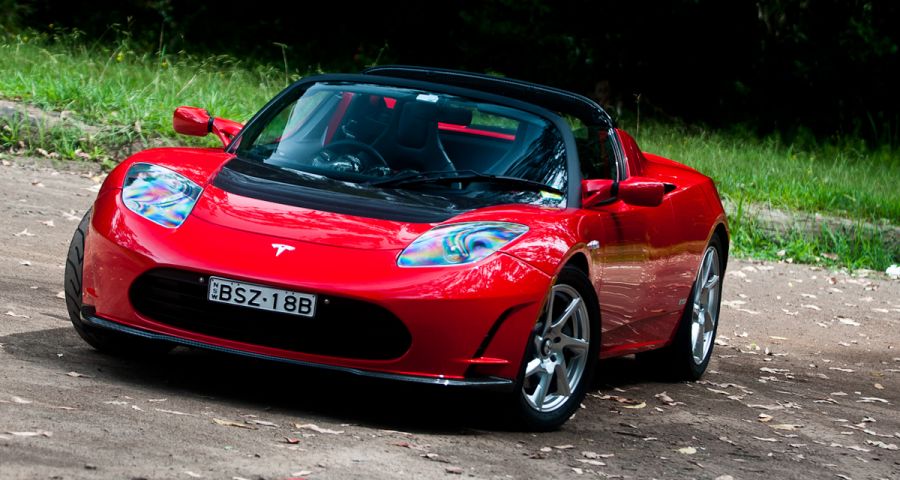 Truth is, I fell in love with that car and became fascinated by the guy who would eventually run the company: Elon Musk.

While promoting the Tesla Roadster, Musk was criticized by the major automakers every step of the way. The old guard that got rich off of pushing a technology that was past its prime warned that Tesla would never make it because electric cars don’t work, nobody wants them, it’s impossible to start a new car company, and about a dozen or so other reasons.

But Musk persisted, and geeks like me were quickly lured into what many call the Tesla cult — a name, by the way, that has been used time and time again by those who thought they’d get rich by shorting Tesla.

Boy, were they wrong!

You know the story, so I won’t bore you with the details. I’ll just show you the chart... 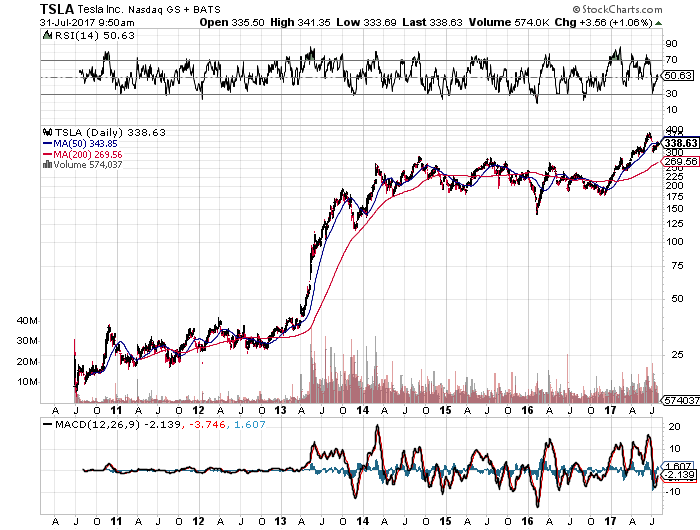 When Tesla finally went public in 2010, the “Tesla Cult” bought shares of Tesla in record numbers.

We were enthusiastic about the potential of such a disruptive company, and we wanted to support any efforts that would begin the transition away from internal combustion and toward electric motor propulsion.

Truth is, for shareholders, Tesla delivered far more than any of us expected.

Today, Tesla is a successful automaker that’s laid the groundwork for the future of personal transportation.

GM, Volvo, Nissan, and every other major automaker in the world now has an electric vehicle in the showrooms or in production. And make no mistake; this is absolutely because of what Tesla delivered.

Of course, for investors, the big money has already been made on Tesla. And now we’re looking for the next Tesla.

As an investor, I’m always looking for the next big thing — or, as some now put it, “the next Tesla.”

And that means I’m once again looking for those ridiculous predictions that make some people uncomfortable while making others rich. I won’t lie — I really enjoy this part of the job.

So what am I looking at now?

Well, one area I remain incredibly focused on is the legal cannabis market.

Just as I was screaming from the rooftops in 2007 to take the electric vehicle market seriously, I’m doing the same today with legal cannabis.

Hands down, there is no greater investment opportunity today than the legal cannabis space. And if you don’t believe it, check out this introductory video to cannabis investing, which lays out the entire argument for investing in cannabis.

I’m also very bullish on the artificial intelligence market, particularly a new project that Amazon’s Jeff Bezos is bullish on.

He says it’ll change the world. I don’t know if he’s right, but I do know that with a net worth of about $80 billion, Bezos knows a thing or two about how to make a buck. And he’s betting big on a project that you can read more about here.

Of course, there are plenty of other opportunities that aren’t associated with legal cannabis or artificial intelligence, but these two will definitely give you the most bang for your buck.