Is this the Unconventional Destruction of LNG?

Is this the Unconventional Destruction of LNG? 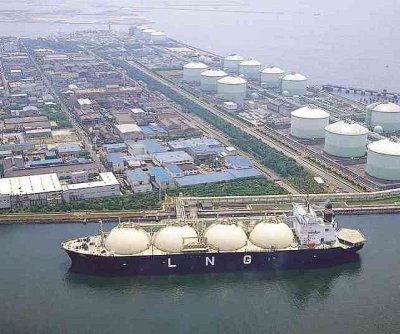 We're going to have to pick a side, sooner or later.

Our decision may not come in the next six to twelve months, but you'll have to eventually choose between liquefied natural gas (LNG) and unconventional shale gas.

For other investors, it was a new era for natural gas.

My readers and I were a little more cautious. As early as 2007, unconventional shale plays like the Barnett shale had caught our attention.

And just as we expected, the development of shale formations across the U.S. had a devastating effect on LNG. You can see the EIA statistics for yourself. During 2008, LNG imports had dropped like a stone, down 54% to 351 billion cubic feet.

I know what you might be thinking. Everything tanked in 2008, didn't it? After all, that's when it hit the fan.

I'm not buying that argument.

Take a closer look at those EIA numbers on LNG imports. As you can see from the monthly statistics, LNG really started to plummet in November, 2007.

That was the turning point.

On the flip-side, shale gas production skyrocketed to more than 2 trillion cubic feet in 2008, a 70% increase over 2007.

Now, this is a story that we know well. The unconventional shale boom since 2007 has been profitable for us.

And right now, China is undergoing the exact same thing. With a potential resource of approximately 900 trillion cubic feet, you can bet the farm that the Chinese are going to try and develop it. Remember, that's the total resource amount. The IEA believes the country's shale gas reserves are roughly 26 trillion cubic meters.

For China, where coal meets 68%of their energy demand, this decision is a no-brainer.

However, LNG isn't going down without a fight. The fact that China's shale development is in its infancy means that LNG could prove to be the short term answer, assuming that demand continues to grow.

I'd love to hear your thoughts on the matter.

Do you think we're going to see a similar destruction in Chinese LNG imports? Will it be as profitable?