Is Elon Musk the Most Hated Man in the World?

He is arguably one of the most hated men in the world.

It all started in 2003, when Elon Musk (along with the company’s original founders) had the audacity to launch an electric car company.

Pollution apologists and those who believed potential solutions to environmental problems were somehow at odds with conservative philosophy ridiculed Musk while spreading misinformation about the company’s vehicles, which are now considered some of the best cars ever invented.

When I told folks to buy Tesla right after it went public, I was met with an avalanche of hate mail and mockery. Of course, we all know how that recommendation played out… 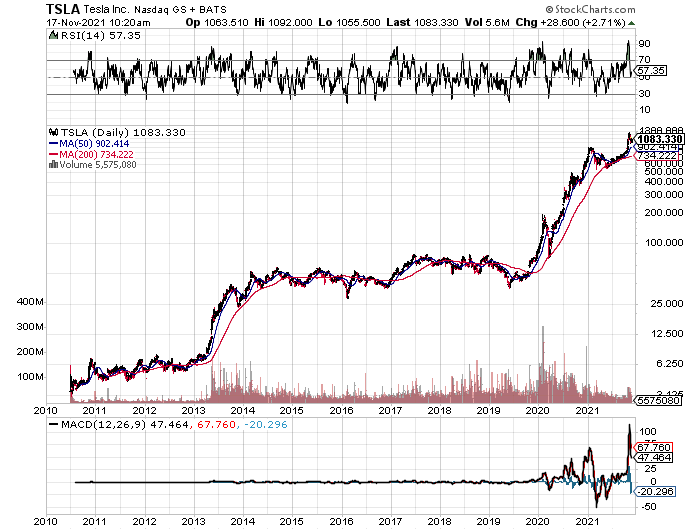 Today, Tesla is not considered a company going after a “niche” electric vehicle market. It is the company that served as a catalyst for one of the biggest transitions of our transportation economy since the first Model T rolled off the line in 1908.

And you would think that those on the left, who tend to champion companies that provide solutions to environmental problems, would celebrate Musk’s accomplishments. But that’s just too much to ask for in today’s world, where “woke” culture has become more important than common sense and basic rational thinking.

More than a decade ago, Elon Musk was a favorite target for right-leaning media outlets and conservative celebrities and pundits.

Today, however, Musk has become a sort of obsession with those on the left who see him not as an innovator whose accomplishments are making the world a better place but rather a greedy, self-absorbed monster whose only crime seems to be success.

I swear, you can’t win with these people.

Without Musk, there would be no electric vehicle market.

He facilitated this transition to a cleaner transportation economy.

But no. Musk wants to protect his wealth, and apparently that makes him a bad person.

Particularly when it comes to calls for Musk to pay more in taxes, which are based on the absurd notion that if he does, the system of taxation would somehow be more fair — despite the fact that the basic fundamentals of taxation represent the antithesis of fairness.

There’s nothing “fair” about theft.

It’s funny, but right before Tesla went public and I was screaming from the rooftops to support Elon Musk’s efforts, my friends on the right ridiculed me. Some suggested I was an out-of-touch tree hugger.

But today, those same people now celebrate the man while my friends on the left have decided to make him out to be the most evil person on the planet.

Of course, this is all noise.

Quite frankly, I couldn't care less if you like the man or not, especially if you’re an investor.

No matter how you slice it, Musk knows how to make a buck, and those who follow him and invest alongside him continue to make a ton of cash.

In fact, I recently sent out a new investor note detailing how you can actually earn royalties on Elon Musk’s No. 1 business, which, by the way, is not electric cars.

It’s actually an energy play known as an SPV royalty, and it could earn you as much as six figures in retirement income without having to buy a single stock or worry about market volatility.

Warren Buffett, Apple, Google, Facebook, and Amazon all have billions of dollars in SPV royalties right now — but you don’t have to be a billionaire or a multinational corporation to get a piece of this action.

In fact, you could start collecting your own SPV royalties with an initial investment of as little as $100 thanks to an obscure SEC rule change that now allows investors like you to profit from the same types of SPV royalties that guys like Musk, Warren Buffett, Bill Gates, and Jeff Bezos have had access to for years.

And you can actually start earning those royalties right now.

Check out my special report that shows you how these SPV royalties work and, more importantly, how you can lock in yours today.