Stalking the grasslands and deserts of southern Africa, there's a killer on the prowl.

It's a wild cat — the wildest of wild.

It's not only the world's deadliest feline but this wild cat is also the single most successful solitary hunter on the planet. And its hunting success can actually teach us a lot about successful investing.

I'm not talking about a lion or a tiger. This cat catches its prey four–six times more often than either of those big cats.

Even the cheetah, which can run up to 75 mph in short bursts, can't hold a candle to this cat's hunting skills.

Shaped by millions of years of adaptation and natural selection, this is nature's pinnacle of killing machines.

Are you ready to meet this monster?

Let me introduce you to Felis nigripes, commonly known as the black-footed cat. 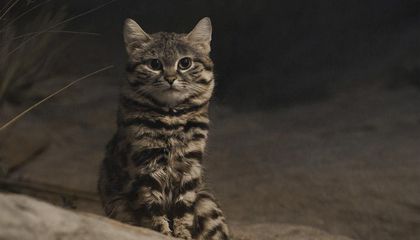 No joke. The world's most successful solitary predator isn't the biggest cat in Africa — it's actually the smallest. A full-grown male black-footed cat typically only weighs about 4 pounds — about half the size of a domestic house cat.

Despite its small stature, however, the black-footed cat has been observed having a hunting success rate of 60%!

A cheetah's hunting success rate is higher than that of lions and tigers but still only averages somewhere between 40% and 50%.

The black-footed cat, on the other hand, makes the kill 6 out of 10 times. 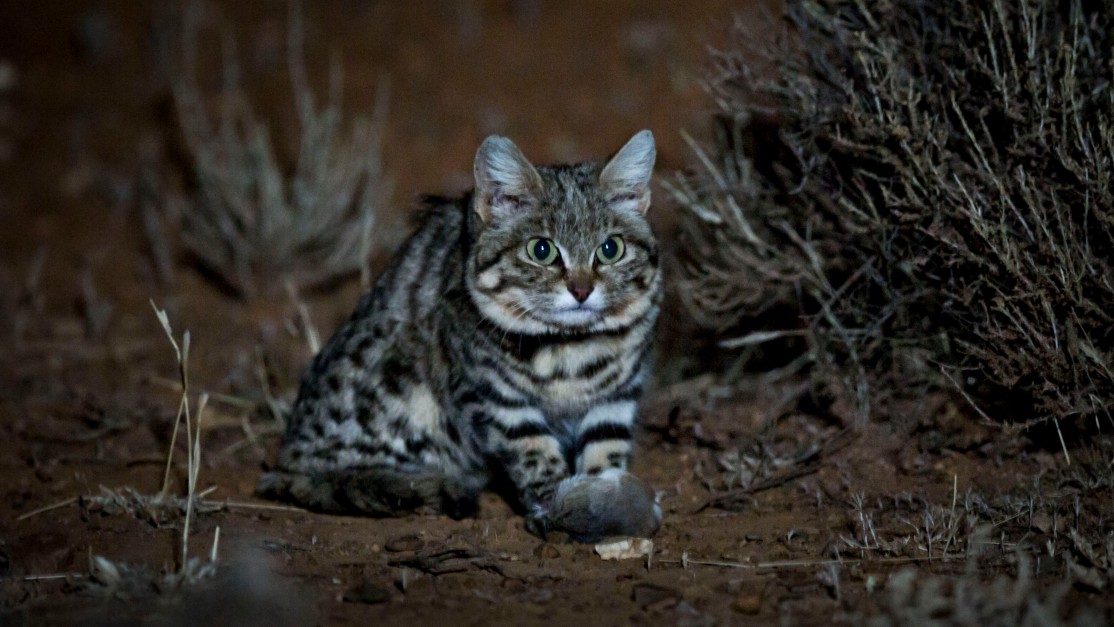 Let me put it to you like this: Human beings don't have that kind of kill success rate with guns! Per The Balance, "According to the U.S. Army, the average soldier will hit a man-size target 10% of the time at 300 meters using [an] M16A2 rifle."

So what makes the black-footed cat so much more successful than its larger cousins?

Well, it turns out the answers to that question can give us insight into what makes some investors more successful than others.

The first thing that makes the blackfooted-cat such a successful hunter is the cat's targets. The black-footed cat doesn't discriminate. It is an opportunistic generalist hunter, having been observed hunting over 40 different species.

Basically, anything that moves is on the menu for the black-footed cat. The same is true for some of the world's most successful investors.

Warren Buffett, Peter Lynch, and most fund managers are generalists. They don't pigeonhole themselves into one sector but instead are constantly looking for investment opportunities in multiple different sectors:

“One of the reason [for] my success was open-mindedness to various asset classes. It gives you the discipline to not play when you shouldn’t be playing. If you look at bonds, currency, equities, and commodities, if you are involved in a whole bunch of different asset buckets and [are] open-minded, you tend to only play when you should.” — Stanley Druckenmiller

“We are looking for opportunities and we don’t much care what category they’re in, and we certainly don’t want to have our search for opportunities governed by some predetermined artificial bunch of categories. In this sense, we’re totally out of step with modern investment management, but we think they’re wrong.” — Charlie Munger

“I have no boundaries. I am totally flexible. I am open to everything and I pursue everything.” — Jim Rogers

“We are free of historical biases created by lifelong association with a given industry and are not subject to pressures from colleagues having a vested interest in maintaining the status quo. That’s important: If horses had controlled investment decisions, there would have been no auto industry.” — Warren Buffett

Like some of the world's most successful investors, the black-footed cat is a generalist. But it doesn't take extreme risks.

Despite the black-footed cat's small size, it needs to eat a lot. According to the Black-Footed Cat Working Group, a research group studying the animal, the cat needs to eat the equivalent of about one-fifth of its body mass every night. Feeding on most small birds, rodents, and insects, that means the cat needs to make 10–15 kills per night.

In short, the black-footed cat needs to be careful with its target selection. The cat will eat anything that moves, but it won't chase everything.

And here we find another hallmark of some of the most successful investors.

Analysis is so important to successful investing that it's been baked into popular definitions of the word.

“An investment operation is one which, upon thorough analysis, promises safety of principal and an adequate return. Operations not meeting these requirements are speculative.” — Benjamin Graham

Like the most successful investors, the black-footed cat is careful with its target selection. But it's not timid. Far from it, in fact.

Despite its size, the black-footed cat is extremely aggressive.

How fierce can a little really cat be?

Well, there's a legend in southern Africa that claims a black-footed cat can kill a giraffe by jumping up and biting its jugular.

Of course, that's just a legend. The main predators of giraffes are lions. And even lions typically need a group to take down a giraffe. But the legend of the black-footed cat really emphasizes just how tough this little son of a bitch is.

Most online photos of black-footed cats show you the feline resting and are honestly adorable. But the business end of the cat is a different story. 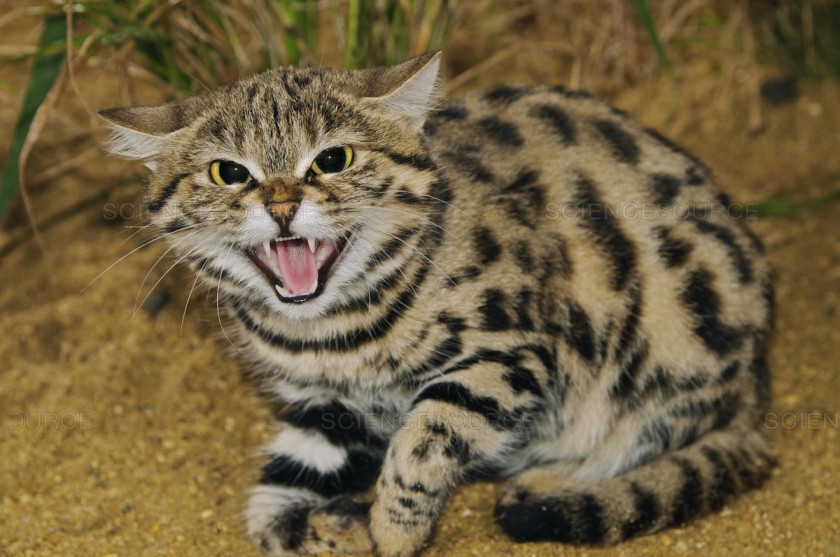 The black-footed cat is savage. And so are the best investors.

Everything in finance is cutthroat. Any time there's money involved, you can bet the sharks will circle. Investors today need to be just as cutthroat as the guys selling them stocks. 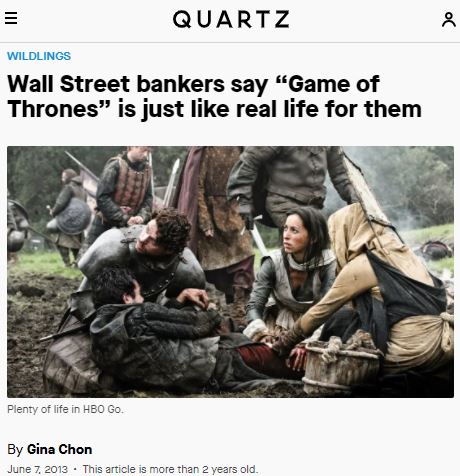 Another reason the black-footed cat is so successful is because it uses multiple hunting methods. It will chase, stalk, and ambush prey. Most other predators stick to a single hunting method.

Likewise, the best investors will use multiple strategies, from momentum investing to dollar-cost averaging, in concert to maximize profits.

The most important thing that makes the black-footed cat such a successful hunter, however, is that it's perfectly adapted to work in its environment.

The cat has superior eyesight and hearing. It's perfectly camouflaged. Every square centimeter of the black-footed cat, inside and out, has been finely tuned by billions of years of adaptation to create a more successful creature.

Unfortunately, we do not have billions of years ourselves to become perfectly adapted to our investment environment. In fact, we never have any time to adapt. Investors must adapt on the fly.

The best we can do is be willing to adapt. This has been one of the precepts of the Bull and Bust Report since its inception.

Right now we're adapting to the so-called "New Normal." Most people think this just means face masks and social distancing. But we're talking about fundamental changes in society that will both bring down industries and lay the foundation for brand-new investment opportunities.

To read more about about these fundamental changes and the new investment opportunities they will bring forth, click here.