Investing in the Transition of Texas’ Energy Economy

Is the Texas electricity market similar to that of the late Soviet Russia?

As absurd as that sounds, that’s what some critics are saying.

Of course, any person who ever lived under Soviet rule would know that nothing could be further from the truth. But sadly, everything these days has become political.

And of course, it’s all being done with vitriol and lies.

An unfortunate reality, to be sure. But for investors, this is an opportunity.

Because you see, while most folks will take to Twitter and Facebook to debate this issue, they’ll likely be relying not on data and evidence but rather partisan buffoonery. Bad for them, but good for investors who know the truth — and act on that truth to…

I certainly feel for my friends and family who live in Texas.

They’re just not used to this kind of weather.

They’re not prepared for it.

They don’t own winter coats, their homes are not well-insulated, and not a single one of them owns a snow shovel or knows how to drive a car in the snow.

And what makes this particularly painful is that the grid is having a hard time meeting demand, thereby exacerbating the pain and suffering that come with being scared and cold.

Folks, these people are so cold they’re actually sleeping in their cars now. 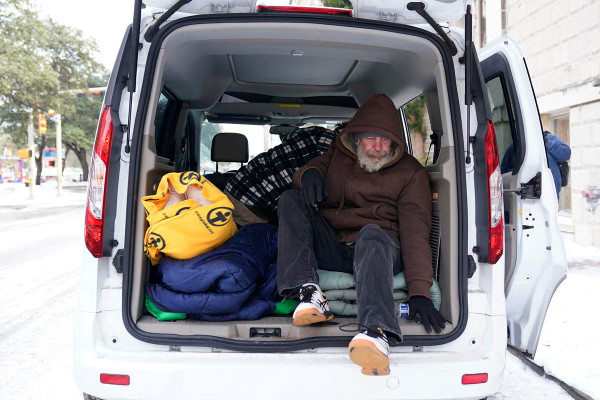 This is not the result of politics, by the way. And it’s not a result of complacency, either.

Truth is, how often does Texas get hit with weather like this anyway?

Although the reality is that in the coming years, Texas and other southern states are going to get hit with more extreme weather events like this one. And if they have any hope of ensuring any kind of reliable grid stability, big changes are going to have to happen.

Although in all fairness, those changes have actually been underway for a while. But this winter storm is sure to expedite further action. And the two industries that are going to benefit the most from this crisis are infrastructure and renewable energy.

While most people think of Texas as a state that’s very bullish on fossil fuels, the reality is that the Lone Star State has been actively reducing its consumption of fossil fuels over the past five years while increasing its production and consumption of renewables.

In fact, in 2019, for the first time, Texas generated more electricity from wind than coal. To put that in perspective, Texas is the largest consumer of coal in the country.

Texas produces the most wind power of any state in the U.S. About 25% of all its electricity comes from wind. And that percentage will keep climbing, especially now that wind energy has proved to be the state’s most reliable form of electricity generation.

Of the 34 gigawatts of generation capacity that has been forced offline, the majority of that was from coal, nuclear, and gas. Wind actually came out ahead.

The state’s burgeoning solar market has also helped keep the lights on for a lot of Texans.

Although only about 2% of the state’s electricity comes from solar, its been growing rapidly.

In fact, last month the state generated 75% more solar power than it did in the entire year of 2015. And in just five years, total installed solar is likely to triple from where it is today. But I think it could be even more, thanks to this new solar technology that could make Texas the solar capital of the world.

You see, this new solar technology is arguably the most innovative thing the energy industry has seen since the first nuclear power plant went online in 1954, in the Russian city of Obninsk.

It’s called “liquid solar,” and it has the potential to make solar installations so cheap that the payback on an installation could be realized in just one year.

Compare that with traditional solar, which generally has a payback after about 12–15 years.

Make no mistake: This is game-changing stuff.

And not just for the solar industry, but for the entire global energy economy.

Now, the company behind this technology has been in stealth mode for the past few years, but it's expected to finally move this technology out of the lab this year — and into the field.

This is why I’ve been telling folks to keep a close eye on this one.

In fact, I just put out a new investor note on this new solar technology, the company behind it, and, of course, the ticker symbol.

And I would urge you to read it right away, as this stock has been on a tear lately. 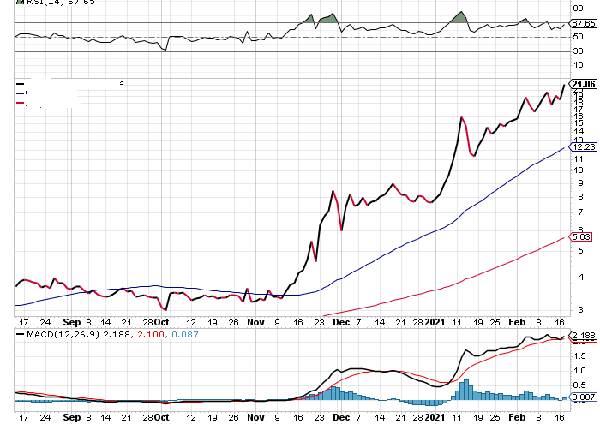 Now, while I do realize that patronizing pundits and Twitter trolls will continue to use the crisis that’s unfolding in Texas as fodder for partisan buffoonery and empty rhetoric, savvy investors will simply ignore all that noise and use this opportunity to start loading up the boat on the best-in-breed renewable energy stocks that are about to get a major shot of steroids after this latest grid failure in Texas.

And this one in particular could end up giving you the most bang for your buck.