Investing in the Pipeline Boom

Companies are Laying Thousands of Miles of Pipelines

The pipeline was the latest piece of the Tulsa-based company’s growth in the quietest boom in the United States...

The BridgeTex Pipeline serves as a crucial outlet for companies in the Permian Basin searching for more efficient ways to transport oil and cut costs.

Before its construction, drillers paid about $14 more per barrel to acquire space in already congested pipelines in the area or in even more expensive and congested railroads.

However, once BridgeTex entered its operational phase, companies found fewer costs and more avenues to transport crude, which, at the time, was starting its fall into a bear market.

The pipeline is a 300,000-barrel-per-day, 400-mile connector to important Gulf Coast refinery infrastructure from Colorado City, Texas in the Permian... 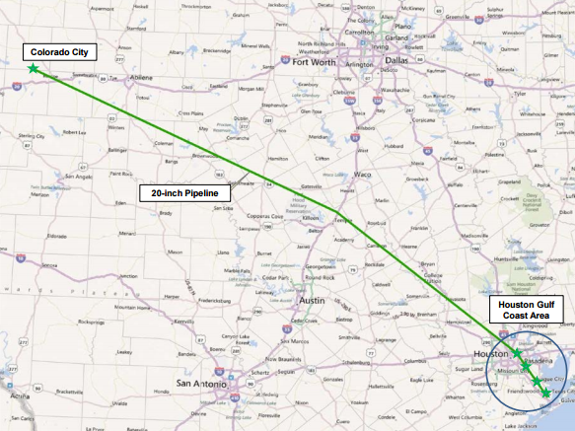 Don’t be fooled, though — this pipeline project is far from a one-off. In fact, Magellan boasts a long history of supporting the U.S. shale boom through pipeline construction.

In 2009, the company bought the Longhorn Pipeline — a 700-mile connector from Houston to El Paso — and redesigned it to ship crude from the Eagle Ford to Houston’s refineries.

Then, a couple of years later, Magellan and Kinder Morgan announced a joint venture called the Double Eagle Pipeline to ship condensate throughout South Texas.

The company’s current project is a 600-mile-long pipeline laid between Colorado and the oil hub in Cushing, Oklahoma, where it previously re-opened another line, too.

Magellan has been a key player in the south for the development of crude logistics and pipelines and could be considered one of the all-important saviors of crude producers yearning to cut costs in all phases of oil production and marketing.

But remember, Magellan is just one company, and it isn’t the only one building...

Despite a lack of coverage in major media outlets and throughout most of the financial press, pipelines are a booming business.

North Dakota, Michigan, Wyoming, Iowa, Minneapolis, Kansas, Oklahoma, and pretty much every other state in the Midwest has seen an unprecedented amount of pipeline construction these last few years. 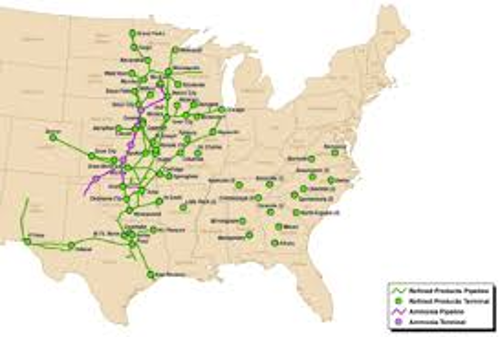 As you see above, pipelines now cover the landscape of the Midwest, as new oil made available by hydraulic fracturing and horizontal shale drilling turns lowly ranch and farm towns into oil hubs.

Since 2012, 3.3 million barrels per day of pipeline capacity has been laid in the United States, and the majority of it is in the Midwestern states I mentioned before.

Magellan’s projects in Texas are a crossroads of various developments in less-advanced areas — Texas already had a lot of pipeline capacity before the boom.

But North Dakota, for instance, didn’t have as many pipelines, although now much is changing.

North Dakota and Colorado still need many more miles of pipeline to meet the needs of drillers in the Bakken and Niobrara, who have been especially hard hit by low oil prices.

Believe it or not, our pipeline capacity is poised to double over the next two years, as drillers seek to alleviate oversupplied storage tanks.

And yet, despite being such a burgeoning space to invest, pipelines have largely remained out of the public eye because most people think the Keystone XL is the only one being built.

They couldn’t be more wrong.

Now, I can’t help people who only want to read about Keystone XL. It’s a distraction that will not make you a dime.

Instead, it's almost certain that investors in other pipeline projects will make a lot of money over the next few years as companies build more within the borders of the U.S.

I’ve spoken a lot about Magellan Midstream today, and an investment wouldn’t be out of the question. Unfortunately, Magellan is pretty pricey at $80 a share and only pays out a 3.6% dividend.

Plus, the company spent $1 billion on the BridgeTex Pipeline alone, and it took two years to build it.

The better way to invest in this trend is to find a more stable company that makes money whenever pipelines are built and then pays those profits back to shareholders.

There are a few companies out there that do this, and the best of them has a strong presence in the Bakken, a 9.6% dividend, and recently acquired a company that will expand its pipeline business by about 50%.

Here’s the thing: This company releases its 2014 fourth quarter earnings in a couple weeks, and I’m anticipating great numbers. If you get in now, you’ll be able to ride the earnings surge as other investors buy their way into the stock.

To take advantage of this surge and the promising future of this pipeline play, click here.