Investing in the Future of Electric Car Battery Technology

The road to hell is paved with good intentions.

Such is the case with President Biden’s plan to spend $7.5 billion to build a network of 500,000 electric vehicle (EV) charging stations across the country by 2030.

While I’m the last person to knock EVs (I was telling investors to buy Tesla right after it went public), Biden’s plan is beyond foolish.

Even Elon Musk, arguably the king of EV integration, called Biden’s plan unnecessary, asking "Do we need support for gas stations? We don't. There's no need for support for a charging network."

While a network of electric vehicle charging stations — which has been under construction for years without a welfare check from the government — will certainly help ease anxiety for some folks who are on the fence about purchasing electric cars, it’s likely that by 2030, we’re not going to need 500,000 of these things.

The truth is, even today, unless you’re driving more than 40 miles a day, which is what Federal Highway Administration data indicates as the average daily drive for commuters, it’s unlikely you’ll ever need to use a public charging station at all.

Even those who live in the nation’s cities now have access to charging stations in parking garages, shopping centers, and even curbside locations that have already been built and continue to get built without any help from the government.

Of course, the argument is often made that if you do need to travel long distances, a public charging station will be necessary, particularly along the nation’s highways. After all, most electric cars will only go about 200 miles or so before needing to be recharged. So yes, this is a valid argument — for now.

This Electric Car Will Never Need a Public Charging Station

Last week, a company called Our Next Energy (ONE) announced that it successfully demonstrated a prototype battery in an EV that achieved 752 miles on a single charge.

That means with this battery, an electric car can travel from Washington, D.C., to Chicago without needing to recharge.

There’s not even a single internal combustion vehicle on the market today that could get you that distance without having to make a stop to gas up. Make no mistake: This is a major game-changer.

Now, this battery will likely be ready for mass production and integration by 2025 — five years before Biden’s network of charging stations will be built and, for the most part, become superfluous.

The truth is it’s not 500,000 charging stations that the electric vehicle sector needs. Instead, it’s access to a steady supply of domestically produced lithium, which is a key component of EV batteries.

This is why, as an investor, I’m not particularly interested in charging stations but rather the lithium suppliers that are going to be critical to getting these 752-mile-range electric cars on the road.

Certainly, there are a number to choose from, but honestly, you only have to invest in one particular lithium company to make a killing in the EV game.

It’s a company my colleague Keith Kohl recently recommended, and I have no doubt this will be his biggest and most profitable play in his 20-year career.

You see, this isn’t a lithium mining company. Instead, it’s a company that has developed a technology that can create an infinite supply of super-rich lithium without having to mine a single ounce.

And the best part is that it’s all being produced right here in the U.S.

It already has nearly $1 billion worth of contracts from the biggest automakers on the planet, and there will be more. But you'll want to get in before that next big contract is announced.

I encourage you to check it out as this could potentially be the biggest electric vehicle play we’ve seen since Tesla (NASDAQ: TSLA) went public.

And you know how that worked out… 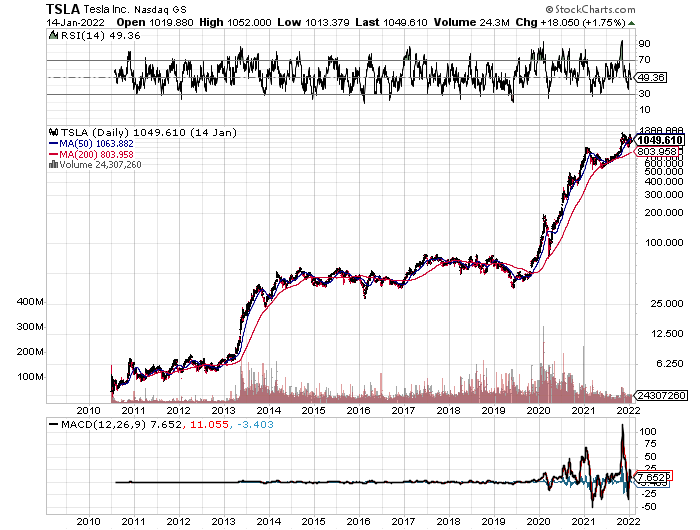 Get a piece of this action for yourself.