World coal prices may take a major hit in the next few years, but India is proving to be the lifeline that coal producers need.

India’s heightened usage of coal has been a growing trend for the past few decades, and the nation is set to surpass China as a major coal importer by 2014. Indian coal plants purchased 142 million tons of thermal coal in 2012, a 39% increase from 2011, Bloomberg reports. 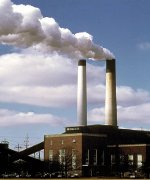 India’s natural gas sector has not been faring well lately, but government leadership is looking to raise natural gas prices to attract international investment. In the meantime, coal is becoming the next best alternative, as natural gas production in India falls further behind.

Glencore Xstrata (LSE: GLEN) scaled back production and laid off 450 workers in two of its mines in recognition of rising value of the Australian dollar, slumping coal prices, and higher production costs. Overall, Australian miners have had to reduce coal activity by 9.4 million tons, but a surplus of 66.3 million is expected for 2013.

And Xstrata will have no choice but to ship coal to parts of Asia at a lower price. Japan’s utility company Tohoku Electric Power Company, under pressure from the Japanese government to lower coal import prices, reached an agreement with Xstrata for an annual contract of $95 per ton, $20 lower than the previous year.

The Japanese government has placed the squeeze on utility companies to cut import prices as the nation has become more reliant on coal resources after closing down most of its nuclear reactors in response the Fukushima meltdown tragedy.

Such an annual contract usually goes for over $100 per ton. With not many options, Xstrata had little choice but to accept the offer. And the deal could pose a future problem for suppliers, since the $95 agreement could spread to other utility companies in Japan and be used as a benchmark throughout the rest of Asia.

Still, $95 is a step above the current Asian benchmark from Australian Newcastle, which has dipped into the $80 price range in the month of June 2013. Xstrata and Tohoku reached $95 because the Japanese desired higher quality coal.

Coal mines are struggling around the world, but luck would have it that India and Europe still have high demand for more coal supplies.

When it comes to the buyer’s market, natural gas commodities such as liquefied natural gas are a much more competitive purchase, as Europe has had to take a backseat to energy-hungry economies in Asia. And with natural gas prices rising, coal is the cheaper option for European nations like Germany.

But after 2013, European demand for coal will begin to decline amid future measures to curb pollution.

The same type of legislative action will take place in the United States, with Obama’s renewed efforts to drastically reduce carbon emissions by 2020. U.S. coal has already been heavily driven away from the domestic market and shipped to Europe and India. The U.S. joins South Africa and Russia as some of the largest coal exporters to Europe.

Coal demand in China is also expected to fall as the government installs new legislative plans to reduce smog emissions, and China will utilize more of its domestic coal resources.

Coal exporters may be facing an uphill battle in Europe and China, but India is still investing in coal generation to the point where the government is setting up a coal regulator to expand its use – encouraging investment and making the coal market in India more defined.

Coal India (NSE: COALINDIA) provides 80% of energy to India and will surely reap the benefits of the new regulations. Under the new guidelines, the utility company will be responsible for price fixing based on coal quality.

Coal India has not always been able to keep up with domestic energy demand, resulting in mass power outages, but the new laws will help the utility company supply more energy as India’s economy keeps growing. Stock for the company surged 4% when word got out that Coal India would be a vital part of coal policy.

Coal demand in India could surge as high as 23% by 2017. Russia, the U.S., and South Africa have all been coal exporters to India, but Australia and Indonesia, two of the world’s largest coal exporters, are India’s main suppliers.

India plans to follow China’s lead in extracting domestic coal sources, but the government plans to rely on imports to meet immediate demand. The Indian government projects that 185 million tons of coal will be needed to support India’s future energy policy.

Australia is particularly interested in India’s energy economy and might also invest in the country’s mining and infrastructure. And major international companies have placed heavy bets on Indian coal.

Peabody Energy Corp. (NYSE: BTU), the world’s largest private coal producer, is poised to capitalize on high energy use in Asia, having various headquarters set up all over the continent, including India.

In 2012, New Jersey-based FJS Energy LLC signed a 25 year agreement with Abhijeet Group for the supply of coal from Kentucky and West Virginia. That amounts to 9 million tons of coal per year to India.

For Indonesia’s Adaro Energy (OTCMKTS: ADOOY), India ranked as the second largest customer behind Indonesia. Energy Director Garibaldi Thohir believes the new normal for coal prices will be anywhere from $95 to $100 a ton, but he still believes in the growth of China and India.

In a bid to boost revenue, Australian company BHP Billiton (NYSE: BHP) is making investments in coking coal, used for steel forging, in China and India, where economies there need steel to support stronger infrastructure. While BHP acknowledged steel oversupply in Asia and China’s widespread investments in coking coal, the company has identified India as a prized land for coal imports.

Even though India’s growth for steel has slowed down, the company can still export thermal coal. BHP also has mining operations in South Africa.

Coal producers could face an uphill battle after European demand begins to wane, but there is ever-developing research to adapt coal to an environmentally aware world, and India has a long-term strategy for coal energy. India has also looked to South Africa as an investment hub for clean-coal technologies.