Investing in a Cure for PTSD

For 18 years, Chad Kuske was an active duty Navy SEAL. 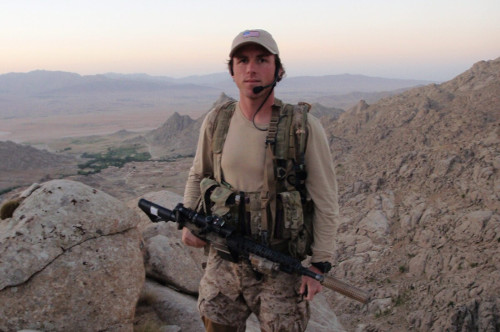 If you know anything about the SEALs, you know these guys are about as tough as they come.

Every year, only about 1,000 recruits actually even make it to SEAL training. And of those recruits, maybe 250 successfully complete that training.

The mental and physical endurance necessary to even become a SEAL is something most folks simply don’t have and never will.

Truth is, the guys who actually become Navy SEALs are just genetically superior to the rest of us mere mortals. And I’m constantly in awe of how gifted these folks are. In fact, sometimes it’s easy to forget these guys are still human and not invincible.

I was recently reminded of this after reading about former Navy SEAL Chad Kuske and his battle with post-traumatic stress disorder, or PTSD.

It’s not uncommon for veterans to come home from war weighed down by the burdens of PTSD.

In fact, nearly 40% of all veterans have a lifetime incidence of PTSD.

To put that in perspective, there are currently about 1.3 million active duty troops.

When those troops return as veterans, 520,000 are likely to have PTSD, as well as all the pain and suffering that come with it.

Chad Kuske is one of those veterans who has long battled this condition.

For nearly a decade, he self-medicated and drank a lot. He had serious anger issues and put himself in danger many times when those anger issues flared up.

But last year, Kuske had the opportunity to try an experimental PTSD drug that literally changed his life.

Over the course of an eight-hour therapy session that included this experimental drug, Chad Kuske said it had an immediate effect on him and he has noticed nothing but positive changes ever since.

Think about that for a moment, because this is a big deal.

There are hundreds of thousands of veterans suffering from PTSD right now, with very little in the way of a successful cure available to them.

And here’s this pill.

This relatively unknown drug that could quite literally end the pain so many of our veterans suffer from as a result of having PTSD.

PTSD is also quite common among folks who have suffered physical and sexual assault, child abuse, domestic abuse, and exposure to traumatic events.

Overall, about 8 million people suffer from PTSD in the U.S. alone. And very few can successfully treat it using FDA-approved therapies currently on the market.

But that’s about to change, thanks to that experimental drug former Navy SEAL Chad Kuske used to turn his life around.

An Honorable Way to Make a Buck

While I was certainly happy to learn of Chad Kuske’s success with this experimental drug, I’d be lying if I said I didn’t think about the investment opportunity here…

A new drug that could potentially treat millions of people with PTSD — and do so without the need for decades of therapy that may or may not work.

It has been estimated that the market for PTSD will reach $7.3 billion in just four years. That ain’t chump change.

And while I know it seems a bit crass to even think about profiting from a market that’s responsible for treating so many sick people, the truth is, without investment dollars, no therapy or medication can ever come to market. It’s really just that simple.

I would even argue that investing in a cure for PTSD is an honorable thing to do.

Yes, you invest to make money, but imagine making money by investing in something that’s going to help so many veterans and victims of abuse.

It just doesn’t get any better than that.

Especially when you consider that the potential profits from a cure for PTSD would be absolutely life-changing.

That’s why I decided to put together a list of companies currently working to bring this cure to market. You can get access to that list here.

I also wrote a short report about this new medication, how many lives it could save, and, of course, how much you stand to make when this medication moves out of FDA trials and into pharmacies all across the country. You can read that report here.

1 Inventor Turns Solar Waste Into... 2 The GameStop Mafia Is Back: 3... 3 How to Profit From the Texas Energy... 4 Why Most People Got the Texas Power... 5 5 Technical Analysis Tools Every...

1 Inventor Turns Solar Waste Into... 2 The GameStop Mafia Is Back: 3... 3 How to Profit From the Texas Energy... 4 Why Most People Got the Texas Power... 5 5 Technical Analysis Tools Every...